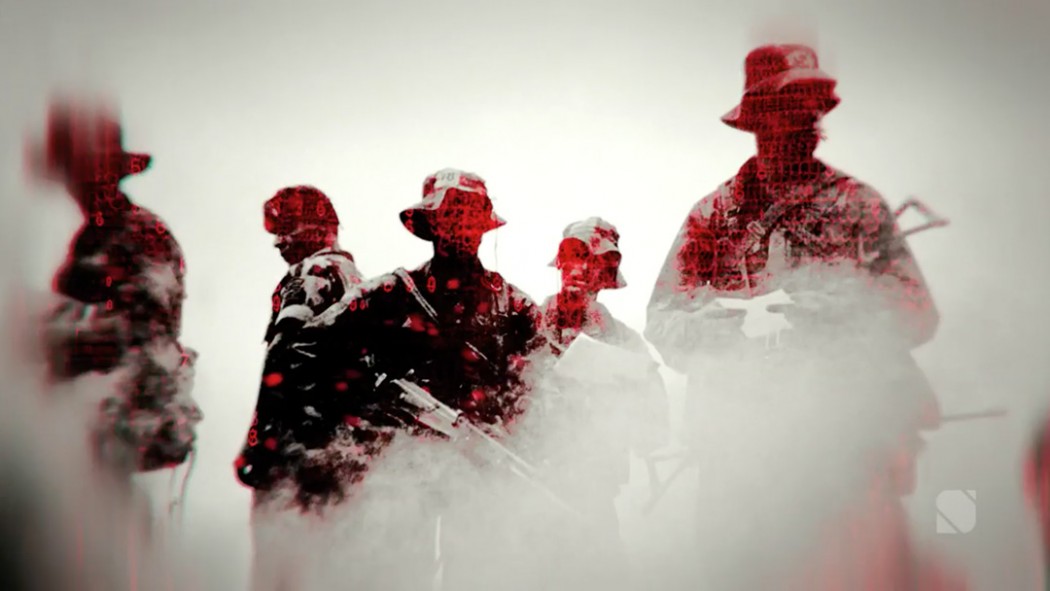 London design and animation studio Spov Design + Moving Image recently showcased their groundbreaking work for Call of Duty: Black Ops at the Onedotzero festival at the BFI. Spov have been working on the action game, in partnership with Activision and Treyarch, for the last twelve months. Spov creatives developed a package of cinematic sequences that reveal the cryptic narrative of the game as it unfolds across a plethora of cold war scenarios.

Spov utilised never before seen archive material, in-game capture, 2D and 3D animation, sophisticated graphical layouts and extensive post effects, to create the Call of Duty spots.
The work portrays a visual style that illustrates the tension and confusion which were omnipresent at the height of the superpowers’ hostilities.

The Spov team created a special showreel reel for the Onedotzero festival of highlights from their innovative commercial work for the multi-layer game. The edit is a compilation of fifteen in-game cut scenes that build upon the Treyarch-created game narrative. The cut scenes reflect the paranoia from the Cold War-era, as well as continuing the protagonist story as the story-arc progresses.

Spov starting point for the visual interpretation was the technology of the period in which the game is set. Featuring microfiche readers move, Nixie tubes – precursors to LED displays – and redacted text add key plot points and move the engrossing story as presented to the main character.