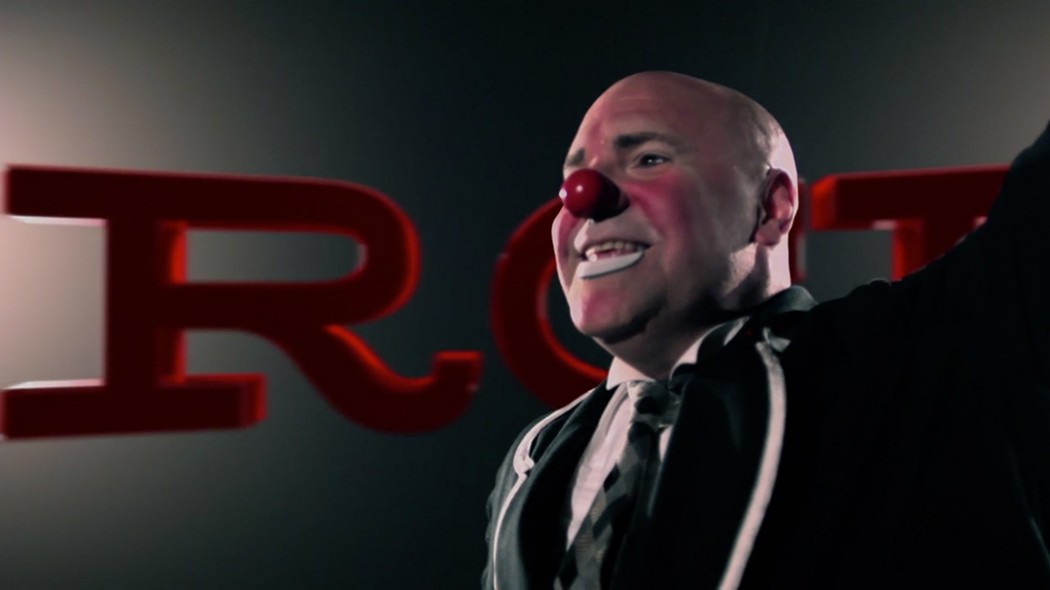 The Big Apple Circus has been dazzling US audiences for decades with its world-class performers. This autumn, the circus is entertaining a larger group than ever before, and in a different way than ever before, as Circus – a six-part PBS documentary – offers an in-depth look into the outside-the-big-top lives of the clowns, trapeze swingers, animal trainers and other talented people at the core of Big Apple’s success.

When PBS brought in Show of Force to produce the show’s opening sequence, the company immediately turned to Manic to handle production of the opening titles, which were concepted by design firm Chermayeff & Geismar. The result is a beautiful slow-motion sequence of characters flipping, riding and juggling across a stark-black, spotlight-accented screen as bold red typography scrolls across. The type varies in size, seems to float across the screen, and occasionally interacts with the characters, as when a pink-clad acrobat parts the letters of one credit, or when another title appears to snap at the force of a dog trainer’s lowering hoop.

“Show of Force came to us with a few episodes already cut, so they had a fairly solid idea of the direction the show was heading,” noted Manic CD Fran Roberts. “They also had done some preliminary exploratory on branding, logo and typography with Chermayeff & Geismar. What they needed was something that took the look and feel of the show and elevated the entire concept – showing the spectacle of the circus but personalizing and attaching to the more intimate human elements – with a lot of production value and spark, which is where Manic stepped in.”

Manic spent six weeks on the project, making use of Apple Final Cut Pro and Color, Adobe Creative Suite, Autodesk Softimage and Flame throughout the two weeks of design and exploratory and the four weeks of subsequent production. The first act was to enhance the initial look of the type by fully integrating the letters as 3D objects that would respond to light and camera travel. Thereafter, the studio retimed, rotoscoped, color and density corrected, and performed rig/set removal on the raw footage.

“The plates had been shot on Phantom at various high speed frame rates, with all rigging and safety equipment exposed. We had to transform the raw shots into the clean final look,” said Roberts. “Not a problem given Manic’s depth of expertise, but we spent a lot of time simply making the plates work and flow in sequence.”

The project also spotlighted another area of Manic’s postproduction expertise that will become increasingly more relevant – 3D – as they tied the type and footage together and finalized the sequence in Flame.