Nicktoons Turns to nailgun* To Blow Up Their World

A new package of four intensely cinematic identities for Nicktoons, created by motion graphics and live action studio nailgun* are guaranteed to raise the eyebrows, (and quicken the pulse), of pre-teen boys watching everywhere. 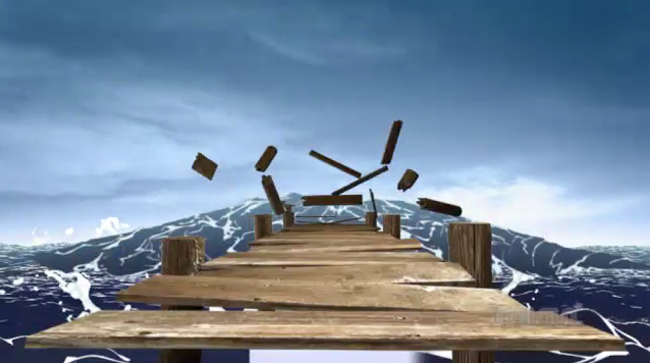 ”Nicktoons recently underwent a major redesign, but wanted us to take it to another place with these identities,” Michael Waldron, Creative Director says. ”Each ID targets their primary audience of pre-teen boys with concepts that explore the mood and tone of the brand and evolves it to a more a mature place.”

If there is a unifying concept to the four IDs it is that Nicktoons — the kids’s network featuring such boy-centric programs as ‘Wolverine’ and ‘The X-Men,’ ‘Speed Racer: The Next Generation,’ ‘Avatar: The Last Airbender’ and ‘Danny Phantom’ — is an expansive and larger than life world where adventure lurks just beneath the surface. It exciting and engaging like a great theme park ride or videogame.

”They wanted an aggressive, cinematic look that would really pull viewers off the couch and into the content,” Waldron adds. ”Each ID needed to be unique, not feel like a campaign, but each have its own aesthetic and idea.” 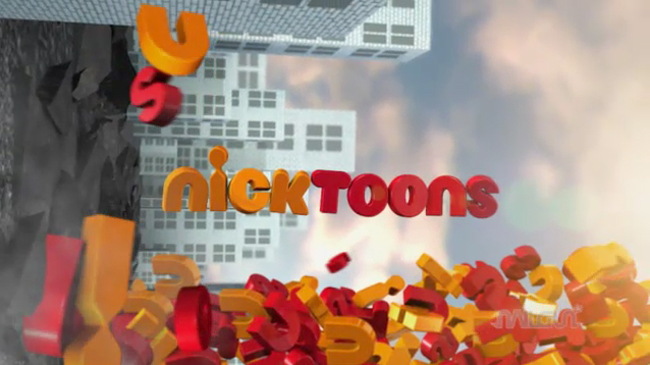 ”Thunder,” which features an intense marriage of cell animation and 3D, begins with a violent wave demolishing a dock. Struck by a lightning bolt, the water takes on added intensity as letters suddenly emerge from the water and form a colossal Nicktoons logo.

”Popcorn Type” features a cityscape where the asphalt ruptures spewing forth the letters from the Nicktoons logo, bouncing violently — so much so, it knocks the camera on its side. The ID ends with the camera still on its side filming the logo.

They wanted an aggressive, cinematic look that would really pull viewers off the couch and into the content

”Glacier Cave” begins with a shot from within an ice cave where a beam of light shatters a thick ice wall which imprisons the letters of the Nicktoons logo.

Perhaps most surreal of all is ”Pull The Carpet,” which begins with an overhead typographical shot of a desert-like environment that has suddenly been pulled like a carpet out from under itself. As the carpet undulates, random letters tumble like a stampede toward the camera. The spot ends with the fully formed logo literally breaking the proverbial ”fourth wall” as it seemingly shatters the viewers’s TV screen. 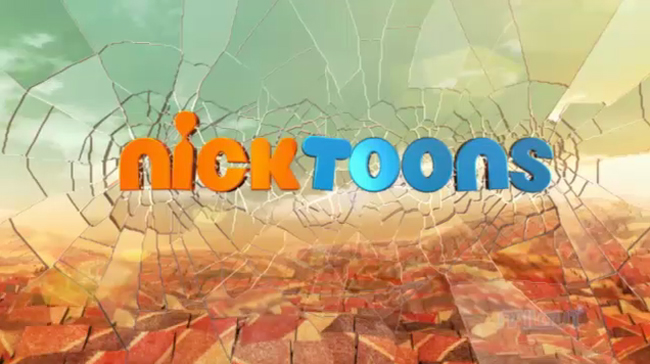 ”This project allowed us to flex our 3D muscles,” Erik van der Wilden, Director of Editorial and Animation says. ”Most of the time 3D is used to make something — a product, a person, a logo look great. For this we used it to tell a story, a compressed one to be sure, but definitely a visceral story with a beginning, middle and end.”

While the project allowed the studio to stretch creatively and technically, for Waldron the real fun comes from working with a client like Nicktoons, who are so confident in their brand that they allowed nailgun* to play with their logo.

”Nicktoons, and Nick in general, really know their brand and because of that they’sre comfortable letting us push creatively,” Waldron adds. ”They’sre very collaborative and willing to let you go, and know instinctively when to pull you back. It makes for a satisfying process.”