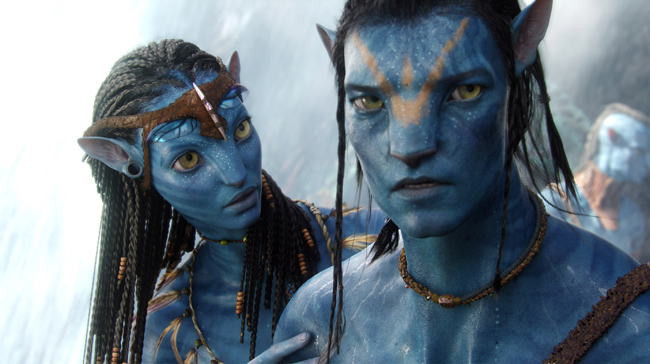 ‘When James Cameron conceived the idea for ‘Avatar’ 15 years ago, the technology wasn’st available to make it,’ said Nolan Murtha, digital effects supervisor at Lightstorm Entertainment. ‘Over the past few years, with the help of Autodesk software, we were able to bring his vision to life. On set, we essentially created a live video game of each scene; we could see what the movie was going to look like and make adjustments right away, rather than waiting until post-production. This was in large part due to the powerful real-time interactive capabilities of MotionBuilder.’

The filmmakers re-created the live-action shooting experience by using Autodesk MotionBuilder performance capture software on set. Performances by live actors were applied onto digital characters and viewed in real time. The digital characters were seen within virtual environments, which were prebuilt with MotionBuilder and Autodesk Maya visual effects, animation and rendering software. In addition, Autodesk Mudbox digital sculpting software was used for asset creation, and then Maya was again used for final scene creation and finishing.

Autodesk CEO Carl Bass said, ‘Congratulations to James Cameron, Lightstorm Entertainment and all the visionaries who have made ‘Avatar’ one of the most successful movies in history. They literally changed the way movies are made by using digital technology in a way that was impossible just a few years ago. We are honored that Autodesk software was used to help deliver a truly immersive experience, advancing virtual moviemaking and taking storytelling to new heights.’

About ‘Avatar’
‘Avatar’ has been nominated for nine Academy Awards including: Best Motion Picture of the Year, Achievement in Directing, Achievement in Cinematography and Achievement in Visual Effects. The movie takes viewers to a spectacular world where a reluctant hero fights to save the alien world he has learned to call home. ‘Avatar’ delivers a fully immersive cinematic experience of a new kind, where the revolutionary technology invented to make the film disappears into the emotion of the character and the sweep of the story.

The scope and scale of the world of ‘Avatar’ posed particular production challenges, notably 10-foot aliens interacting with humans face-to-face in a dense virtual 3D environment. The filmmakers solved these challenges with increased processing power and by applying and adapting Maya and MotionBuilder throughout production. The latest developments in performance and motion capture enabled the team to interact in real time with computer generated characters, prebuild complex digital environments and virtual cameras, and set a new standard for virtual moviemaking.