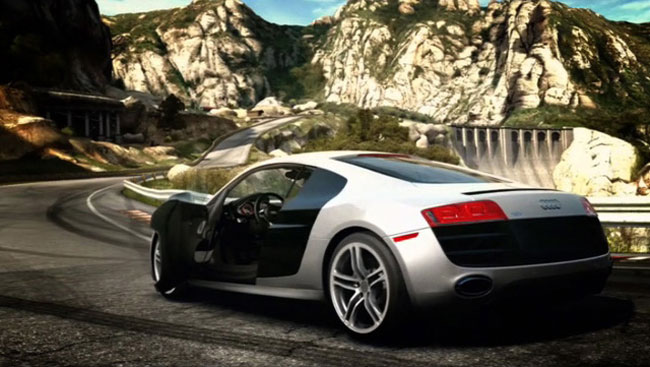 On the heels of his feature film debut with Anonymous Content-produced 44-Inch Chest, Director Malcolm Venville has released a beautiful spot promoting Turn 10 Studio’s Forza Motorsport 3. The spot, created by and finished in close collaboration with T.A.G. SF, is the latest installment in the popular line of videogames for Xbox 360.

An Open Door, which will be released as both a :30 and :60, conveys the racing simulator’s hardcore car culture through dramatic shots of some of the world’s most notorious racing machines transposed against wind tunnels, workshops, or scenes of tremendous natural beauty. Varied and shifting lighting speak to the game’s astounding variety, as the races take place all over the world, in all sorts of weather and light conditions.

About Anonymous Content: Anonymous Content is an industry-leading production and management firm that leverages its unrivaled reach and access to talent to create and produce innovative content across all its divisions: Film, Integrated, Commercials, Music Video, Television, and Talent.

Anonymous Content was formed in 1999 by a collaboration of business and creative minds responsible for developing some of the industry’s most respected entertainment and branded content. In launching the firm, the founders combined their unique talents, distinct vision for the future of content creation, and unmatched industry access. Since then, Anonymous has been able to extend its reach across entertainment, exercising its capacity to package talent and mine literary material from deep and powerful resources. Company principals have developed longstanding direct relationships with talent, talent agencies, advertising agencies, domestic and international distributors, and broadcasters, reinforcing their ability to assemble the right team for any project. They create compelling and entertaining content while facilitating the development, production, and distribution of programming through both traditional and emerging media channels.

Anonymous is responsible for producing such features as 44 Inch Chest, 50 First Dates, Babel, Case 39, Eternal Sunshine of the Spotless Mind, Smiley Face and Rendition to name a few. Its commercial arm has been part of many of the industry.s most successful campaigns, as well-being at the forefront of the evolution of brand integration campaigns such as BMW Films. The Anonymous team now consists of more than 100 full-time employees at its Culver City, New York, and London offices.