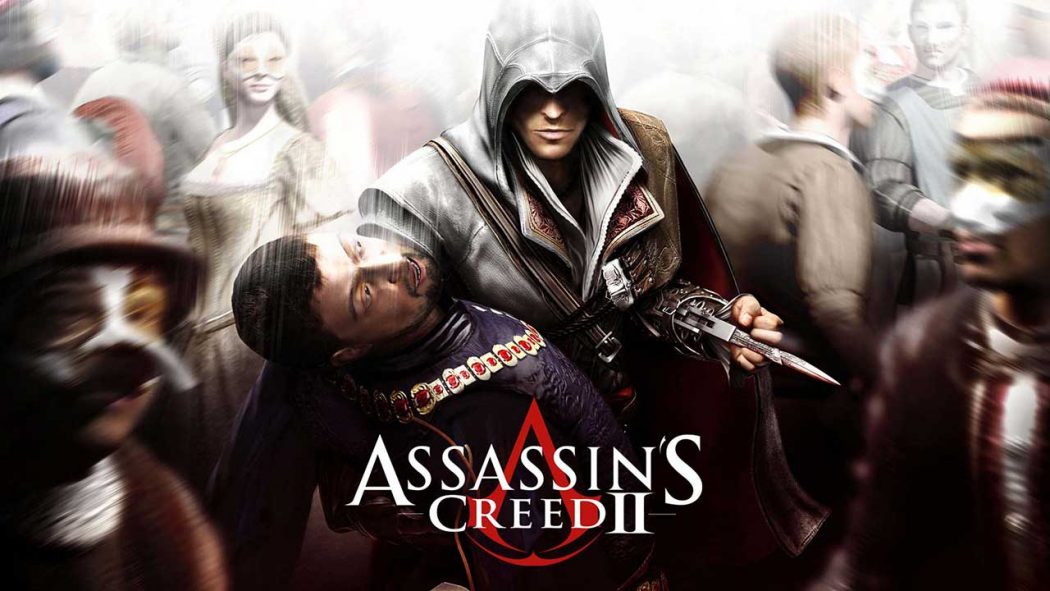 Truth is written in blood  I will seek vengeance upon those who have betrayed my family, and uncover a conspiracy bigger than I could have imagined. I am Ezio Auditore Di Firenze. I am an Assassin.

The Italian Renaissance is the ideal historical era and location for Assassin Creed II – the long-awaited sequel to one of Ubisoft’s most successful games, Assassin’s Creed. Assassin’s Creed II (or Assassin’s Creed 2) is a sandbox-style action-adventure video game being developed by Ubisoft Montreal, set to be released worldwide in November 2009 on Microsoft Windows, PlayStation 3 and Xbox 360 platforms.

The story of the game follows Ezio Auditore Di Firenze, a young man of noble birth, who is set on a path of revenge after his family is brutally betrayed. Assassin’s Creed II is an epic story of vengeance and conspiracy set in the pristine, yet cruel, backdrop of 15th Century Italy.

The game commences during the Carnival of Venice in the year 1476, being set 285 years after the story of Assassin’s Creed. As with Assassin’s Creed, historical figures are present amongst the cast of characters and players will meet the likes of Leonardo da Vinci and Niccol?? di Bernardo dei Machiavelli as they progress through the game.

The story follows Ezio after his family betrayal, hiding out in the myriad canals of Venice, where he learns the arts of the master assassin. He meets and befriends Da Vinci who provides a host of weapons to aide Ezio in taking on Florence’s most powerful families.

At a point during the game Ezio will even be able to access Leonardo Da Vinci’s legendary flying machine, which he can use to drift through the air as if on a glider. Players are able use heat from fires to give the flying machine some lift, allowing Ezio to move swiftly around the canals knocking guards into the water.

Players can utilize water and an array of scenery as cover, and can now blend in with any crowd rather than just the one group of scholars dressed in white, as was the case in Assassin’s Creed.

Like the main character in Assassin Creed Alta?‚àö√≤r, Ezio is an ancestor of Desmond Miles, the bartender captured by modern day Knight Templars Abstergo Labs’s; with Ezio himself being a descendant of Alta?‚àö√≤r. He will wield dual hidden blades, although at least one of the blades will convert into a concealed firearm upon activation.

Additional famous Italian landmarks and locations rumoured to be making an appearance in Ezio’s journey include Rome, Florence, the Tuscan countryside, St Mark’s Basilica and the Rialto Bridge.