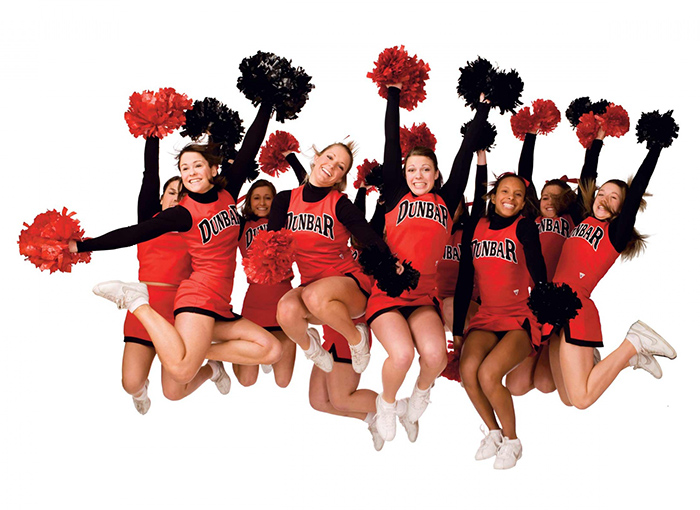 Editional Effects Gets In The Spirit With Cheerleader Nation

Supervising project editor Brian Donnelly and other EENYC staff members logged over 300 hours of edit time on the campaign. Says Donnelly: “From the initial launch to the individual show episodics, the challenge has been creating numerous high impact spots that highlight the different dramatic elements of the show while maintaining an overall constant marketing approach. The excellent collaboration and communication between Lifetime Creative Directors, producers, and the EENYC editorial and audio departments has permitted us to execute on numerous spots simultaneously, and in the end deliver a high profile campaign that is extremely creative and effective.”

A newcomer to Editional Effects’s roster of clients, Lifetime Producer Vicky Stewart is impressed with her first experience at the popular midtown facility and with key editor Donnelly. “I can’t say enough about Brian talent and dedication to this project. I have really enjoyed working with him and discovering such a fantastic editor here in New York.”

The project made good use of Editional Effects’s full service offerings, and Stewart is delighted with the work produced by EENYC talented staff. “One of the best things about working here has been the fact that the spots can be edited and mixed under one roof. Due to the nature of this project, it has been necessary to get mixing done on a moment notice.”

Under tight schedules and looming deadlines, key Audio Engineer Sean Barry rose to the challenge. Along with Senior Engineer/Audio Division Co-Owner Roy Harter, Barry created the complete sound design for the campaign – from V.O. records and full mixes to foley work.
“Sean has been flawless with his mixing abilities and sound design,” says Stewart.

“I have really enjoyed discovering Editional Effects'” says Stewart, “Although I have been producing for over 14 years, until now I had not had the pleasure of the EENYC experience. I have become a head cheerleader for EE. This facility has been great and I will be back for more! Give me an ‘E’! Give me another ‘E’!”