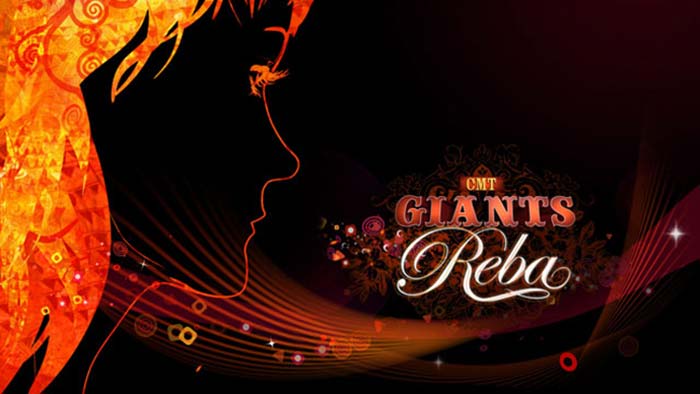 The Manhattan-based design and production company, ‘created the graphics that will be screened on the stage behind the performers at the live event and on the 20 plasma screens positioned around the theater; and, for the televised special, the hi-def graphic package to be seen by the viewers at home, which includes opens, logos, wallpaper, backgrounds, mortises, transitions, title cards, lower thirds, closes, bump ins, and bump outs,’ said UVPH Executive Producer Brian Welsh.

For one special night, stars of music, film, and television will pay tribute to their favorite redhead, who, in the course of her illustrious career, has had 33 #1 hits, 29 albums, 15 American Music Awards, 12 Academy Of Country Music Awards, seven Country Music Association Awards, two Grammy Awards and the “CMT Johnny Cash Visionary Award.” The CMT Giants special will feature performances by musical superstars Faith Hill, Trisha Yearwood, Kelly Clarkson, Martina McBride, Jennifer Nettles, LeAnn Rimes, Brooks & Dunn, and others, singing some of Reba biggest hits, plus a special performance by the honoree herself.

Alexandre Moors, UVPH Director/Creative Director, explained, ‘We wanted a painterly quality which centered on Reba trademark flowing red hair and her profile. To achieve this, we married her red tresses with all sorts of flowers, stars, jewels and interesting particles that suggest the richness and the sumptuous visual quality of a Gustav Klimt. The challenge was in the multiplication of layers, to get the hundreds and hundreds of elements into her hair so that in one image the viewer would have so many things to look at that it would seem like a little painting.’

John Stanch, UVPH Lead Compositor, added, ‘The particles and sound waves we utilized are to be interpreted as extensions of Reba locks. In some instances the particles blend with her hair and make it appear longer. In others, they are a direct Klimt reference – geometric shapes with rounded squares, rounded triangles, some minimal sparkles for glitz, a few rubies, and gemstones here and there. To tie everything together we also used Klimt-like patterns in round objects when her profile was not appropriate for a transition.’

On her experience working with the UVPH creative team CMT Art Director Amie Nguyen said, ‘Reba is one of those rare one name entertainers and we wanted a unique approach to this graphics package. We pitched the project out and loved UVPHACTORY’sS idea of using Reba signature red hair and profile as the unifying elements of this beautiful package. She is a ruby, not gold, and their execution is as classy as the lady herself, and really captures her spirit. In addition to being great creatively, the UVPHACTORY team are wonderful collaborators – they listened and really understood our needs, our harsh schedule, and all the red tape at our end. The finished package is truly exciting and, and considering it is HD, we have not had a single hiccup, and that been great.’

CMT was so pleased with the UVPH graphics packages that they returned for a pair of :30 promos and whole new tool kit, including opens, lower thirds, backgrounds, endpages, mortises and the like. The design team at UVPH created a sister to the show package, employing similar elements and playing up one part of the color palate or another, creating complimentary worlds, but ones that would not give away the show packages.