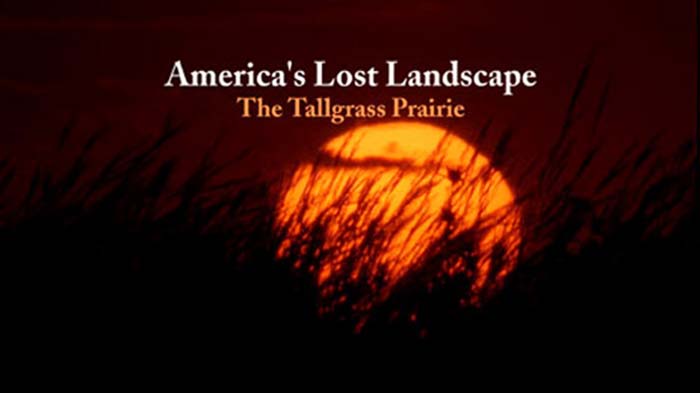 America’s Lost Landscape: The Tallgrass Prairie, a new PBS documentary edited by Clayton Condit of the award-winning creative editorial/post house Splice Here, tells the rich and complex story of one of the most astonishing alterations of nature in human history. The film, which was posted in HD, will be airing on PBS throughout April and beyond (check local listings at http://www.pbs.org/).

“At first I wasn’t sure how interesting it would be to ‘watch grass grow,’ said Condit. “But from the moment I saw the footage I knew it would be a beautiful looking film and the more I learned about the message, the more invested I became. This is a very important part our history that people should learn about and respect.”

A labor of love for the film’s writer, director and co-producer David O’Shields of New Light Media (produced in association with the Tallgrass Prairie Center at the University of Northern Iowa) who spent the better part of a decade researching and producing the film, “America’s Lost Landscape: The Tallgrass Prairie” explores the history of what used to be the tallgrass prairie, stretching from the Gulf of Mexico to southern Canada and covering 14 states. As open land became states and settlers planted roots most of the prairie was plowed under and turned into farmland. The film’s beautiful photography and absorbing narrative gives viewers a glimpse of what was, what is and what can be the tallgrass prairie.

“David is a great director and producer,” said Condit. “He had a clear idea of what he wanted yet trusted me and everyone at Splice Here to do what we do best. He gave very thorough notes and suggestions and then gave me the space and time to experiment and help flesh out his ideas and take some of them even further. The process of editing a documentary is very much an evolution and discovery process. David and I worked very well together and came up with a great piece that we will both be proud of as a major success in our careers.”

An HD Do-Over
Although the offline, online edit and transfer in standard def was complete, Condit knew that more could be done to make the film look even better. Looking to give Splice Here’s Final Cut HD suite a project worthy of its capacity, Condit convinced O’Shields to re-transfer the film in HD.

“I’m happy that we decided to do this because it’s so much better than the original pass, plus I think the fact that it was finished in HD appealed to PBS because they want more HD content,” explained Condit. “The super 16 looks phenomenal and to be honest I wasn’t sure how some of the 16mm film David shot would look in HD, but going HD gave it a clean, organic look.”

In addition to America’s Lost Landscape: The Tallgrass Prairie, Condit is currently working on a feature film called Older Than America about Native American boarding schools in the U.S. and Canada, starring Adam Beach (Flags of our Fathers), Bradley Cooper (Wedding Crashers) and Wes Studi (Last of the Mohicans).