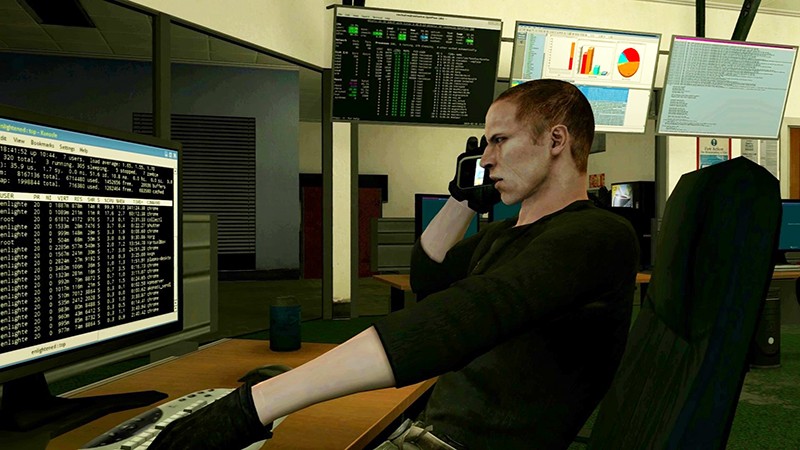 Ticket Zer0 is a follow-up to Chisholm’s Clear Skies trilogy series and tells the story of the night shift at a deserted industrial facility. When a troubleshooter is sent in to fix a mysterious problem, something far more sinister emerges than any of them could have imagined.

Chisholm notes production for Ticket Zer0 took almost five years to complete and used iPi Motion Capture for recording movement in every single frame for all the characters in the film.

“iPi Soft technology has proven to be an invaluable creative resource for me as a filmmaker during motion capture sessions,” he says. “There wasn’t anything on screen that wasn’t recorded by iPi Mocap. The ability to perform the motion capture was exactly what I needed to expand and improve the immersive quality of my film.”

For motion capture production, Chisholm used iPi Mocap in conjunction with six Sony PS3 Eye cameras along with two PlayStation Move controllers to track hand movements. With the large amount of video data produced, captured footage was recorded to a solid-state storage device and a dedicated USB3 card. An older quad core PC with ample USB bandwidth and disk speed was sufficient; CPU horsepower was not a requirement.

Handling the motion capture performances, Chisholm broke the Ticket Zer0 script down into one-to-two-page scenes and created capture schedules for each character to block out where each was on set, and then described exactly what each was doing per line of dialogue. Chisholm often performed the motion capture months later, so it was crucial to know if a character was standing or seated and the direction in which they were looking further making accurate capture critical from the start.

Once the motion capture footage was processed, character action was imported into Set Builder, part of the Hammer mapping tool for the Half-Life 2 engine in the Source Valve SDK. Following, choreography scenes were built in Faceposer in the Source engine and motion capture footage recorded in the game engine using the Fraps screen capture and recording utility and then edited using Vegas Movie Studio.

“It was almost spooky how well the software was able to handle performance tracking with the six camera setup,” Chisholm notes. “The accuracy of the capture that could be achieved now in iPi Mocap motion allowed me to have many more physical interactions in my film, and it conveyed body language extremely well.”

Today, many working CG animators are turning to markerless motion capture systems like iPi Soft because it accurately captures human motion data using inexpensive, off the-shelf cameras that do not require clumsy sensor suits and greenscreen stages. Moreover, the captured animations don’t exhibit artifacts like jitter or foot skate; and can be easily exported into many leading game engines, 3D software and animation rigs.

Michael Nikonov, founder/chief technology architect of iPi Soft, first became a fan of Chisholm’s work when he saw the Clear Skies film projects, and remains impressed at the level of creativity filmmakers like Chisholm achieve with the company’s markerless motion capture technology.

“We are committed to developing the most reliable and powerful markerless motion capture solutions to help filmmakers, animators and video game developers address their production challenges efficiently and affordably,“ Nikonov says. “We’re thrilled that our iPi Motion Capture technology offered the ultimate accuracy and flexibility to let Ian achieve his creative vision with this epic new film.”