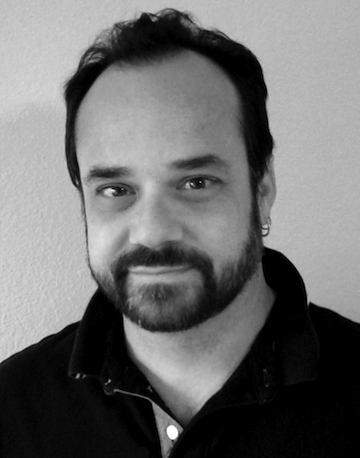 In a move that further solidifies the digital content creation studio’s expansion into the emerging museum/exhibition development and design sector, yU+co has added Robert Checchi, the award-winning former Sr. Exhibition Designer for the J. Paul Getty Museum, Los Angeles, as their new Director of Museum and Special Projects.

This year marks yU+co’s 20th year in business, and one of the reasons I think we’ve had such a long run of success has been our ability to diversify and experiment,” Garson Yu.

Checchi joins yU+co following 12 years at The Getty where he oversaw both temporary and permanent collection exhibition development, design, fabrication and installation at one of the world’s most acclaimed cultural institutions.

“This year marks yU+co’s 20th year in business, and one of the reasons I think we’ve had such a long run of success has been our ability to diversify and experiment,” Garson Yu, Founder and Creative Director of yU+co says. “Whether it’s in our strategic thinking and story-telling, the technology we use or seeking out opportunities beyond film and television, we’ve always been willing to try new things. I’ve always seen yU+co as a team of creative ‘superheroes’ who when working collectively are extremely powerful. From that perspective, Robert is a perfect fit for yU+co at this time.”

For Checchi, the move to join yU+co comes on the heels on the hugely successful collaboration between the two on the “Cave Temples of Dunhuang: Buddhist Art on China’s Silk Road” exhibit, which featured a 3D immersive experience of the interior of one of the caves. The exhibit received several prestigious awards including a 2017 AAM Excellence in Exhibitions/Special Achievement Award, and a 2107 Gold Muse Award in the Multimedia Installations Competition.

“yU+co created the 3D immersive experience and produced the videos that accompanied the exhibit, and I got to see up close just how talented they were and the attention to detail they bring to their work,” Checchi says. “I was impressed. I had been looking to get more involved in the digital side of museum/exhibition design, and thought with my understanding of exhibit design and how major cultural institutions operate overall, coupled with yU+co’s creative design brilliance, we offered a potent combination of skills for today’s museums, cultural and educational institutions, and beyond.”

Checchi notes that as the technology has advanced, so has audiences demand for more immersive types of learning experiences that enhance the understanding of today’s exhibits.

“For a long time museums were resistant to putting anything digital next to their art,” Checchi says, “but that mindset is changing as more and more major museums are looking to enhance exhibits with interactive, immersive experiences that engage audiences and offer a deeper understanding of the subject.”

In the case of The Getty’s “Cave Temples of Dunhuang: Buddhist Art on China’s Silk Road,” yU+co created a 3D experience in which viewers entered a digital replica of one of the cave temples resplendent in art and sculpture that seemed to hang right in front of them. In addition, yU+co’s original video content offered further details about the art.

Checchi brings over two decades of experience working in the art world. He began his career in 1993 as a designer at Statue of Liberty Monument/Ellis Island in New York. From there he embarked on a successful freelance career where he worked with such Los Angeles-based institutions as the Italian American Museum, Norton Simon Museum and the Skirball Center before joining The Getty in 2006.

At the Getty he was Lead Designer for such landmark exhibitions as “Drawings by Rembrandt and His Pupils: Telling the Difference”; “Leonardo da Vinci and the Art of Sculpture: Inspiration and Invention”; “Josef Koudelka: Nationality Doubtful” (winner of the 2015 Lucie Award for Exhibition of the Year); and the recent “Golden Kingdoms: Luxury and Legacy in the Ancient Americas,” the flagship exhibition for the Pacific Standard Time: LA/LA citywide initiative.

Carol Wong, yU+co VP/Executive Producer, adds that many museums, exhibitions, educational institutions, live events, brands and retail spaces are looking to partner with smart, conceptual studios like yU+co that can use not only their design and CG skills, but also their visual storytelling talents to create something truly memorable for viewers.

“With our design skills and creative use of technology, coupled with Robert’s deep understanding of the museum world, yU+co is well positioned to help today’s cultural institutions find innovative ways to educate and engage  audiences,” Wong adds.

Founded 20 years ago by visionary creative director Garson Yu, yU+co is a digital innovation studio designing memorable visual content for every medium. They are a collective of designers, filmmakers, creators and storytellers forging emotional connections and pushing the boundaries of design, specializing in crafting unforgettable content and experiences that captivate, inspire and bring people together. From film title design to VR, yU+co creates content for traditional and unconventional formats. With offices in Hollywood, Hong Kong and Shanghai, yU+co continues to offer boutique style creative and production services, collaborating closely with clients to achieve the most effective end product. For more info visit yU+co website.