VFX Legion recently created the visual effects for the highly anticipated crossover episodes of ‘Scandal’ and ‘How to Get Away with Murder’. The storylines of the political thriller and legal drama intersect in the back-to-back two-hour event recently appeared on ABC and continues to rank as a streaming favorite on Hulu. 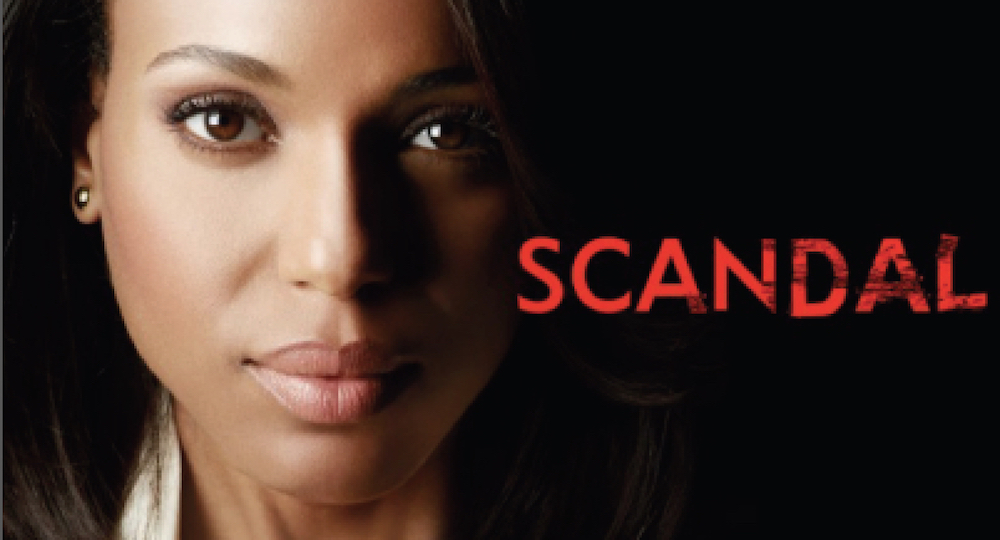 The scenario for the tie-in opens with ‘How to Get Away with Murder’s’ high-powered defense attorney, Annalise Keating (Viola Davis), making an appearance on ‘Scandal’s’ turf in the aptly titled episode, ‘Allow Me to Introduce Myself.’ Keating travels to D.C. for a face-to-face with political fixer Olivia Pope (Kerry Washington) to elicit her help fast-tracking a class-action case to the United States Supreme Court in D.C. 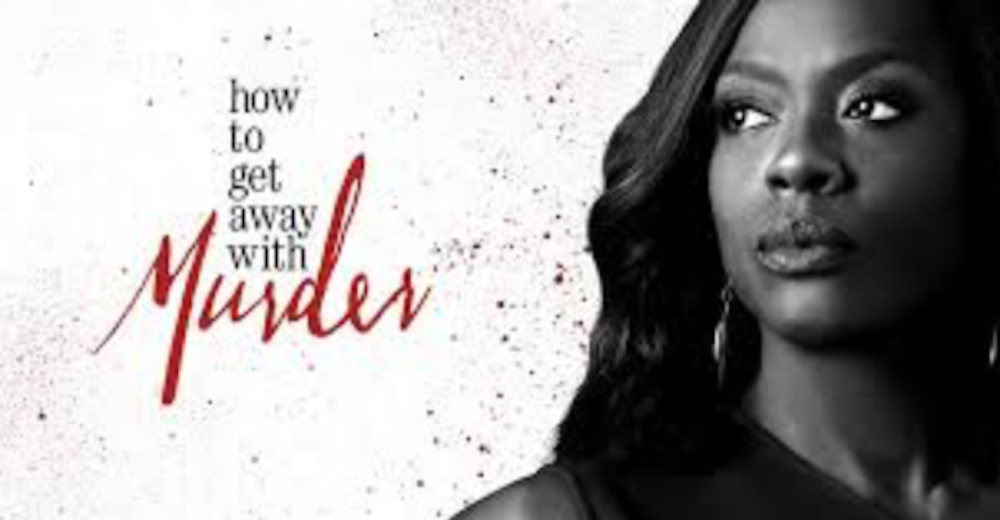 ‘Scandal’ and ‘How to Get Away with Murder’ are both shot in Los Angeles, while the shows are set in D.C. and Philadelphia, respectively, yet the cast never needs to leave Hollywood, thanks to the creativity, technical ingenuity, and experience of the team at VFX Legion.

The Los Angeles-based company created a mix of photorealistic CG environments and other effects that made it possible to transport the actors into a variety of digital surroundings that seamlessly match the live-action footage, and defy the viewer’s eye. The ‘invisible’ effects dramatically augment the shows’ visual landscapes with shots that would be either too expensive or impossible to shoot on location.

Legion has handled all of the visual effects for ‘Scandal’ and ‘How to Get Away with Murder’ for almost three-years, and is slated to work on the upcoming season of ‘HTGAWM.’ 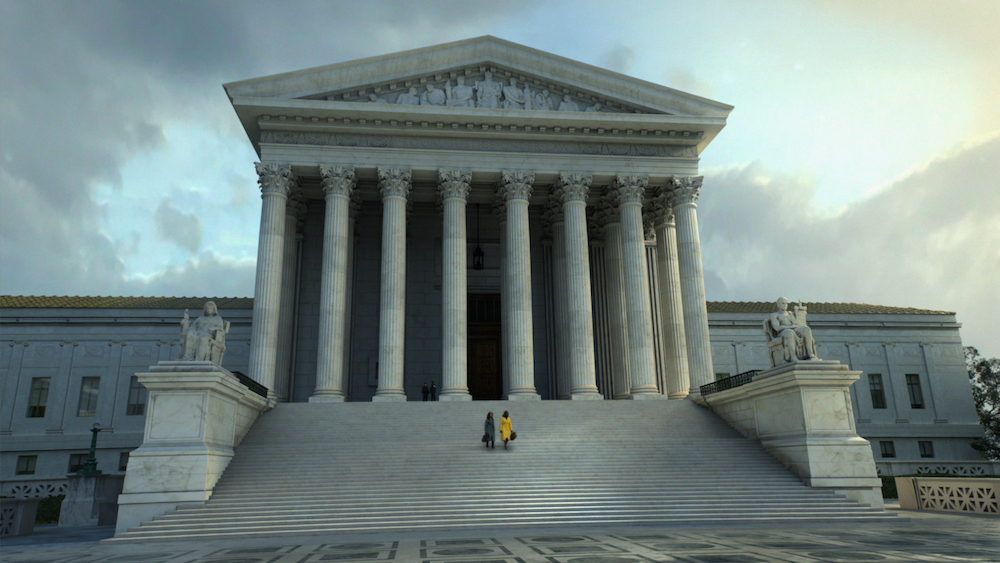 Over the years, the Shondaland Productions have tasked the company with creating high shot-counts of quality CGI for almost 100 episodes, each matching the overall look of a single series. However, the crossover episodes required visual effects that blended with two shows that use different tools and have their own look, presenting a more complex set of challenges.

For one, ‘Scandal’ is shot on an ARRI Alexa camera, and ‘HTGAWM’ on a Sony F55, at different color temps, and under varying lighting conditions. DP preferences and available equipment required VFX Legion to shoot the same environments twice, once with greenscreens for ‘Scandal’ and then again using bluescreens for ‘How to Get Away with Murder.’ 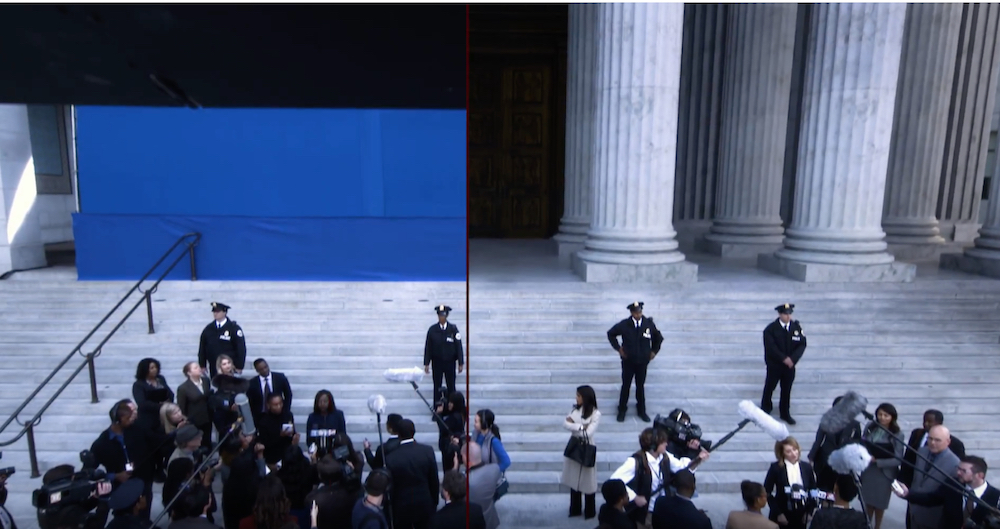 Its team addressed these and other variables, and found creative solutions to bridge the look and match the texture and tone of each show.

The CG replication of the US Supreme Court Building is central to the storyline. Building its exterior facade, and interiors of the courtroom and rotunda digitally, from the ground up, were the most complex VFX shots in these episodes.

The CG model of the exterior of the building was a beast and scheduling was a huge job in itself.

The process began during preproduction with VFX supervisor Matthew T. Lynn working closely with the client to get a full understanding of their vision. He collaborated with Legion’s head of production, Nate Smalley, production manager, Andrew Turner, and coordinators Matt Noren and Lexi Sloan, streamlining workflow and crafting a plan that aligned with the shows’ budgets, schedules, and resources. Lynn spent several weeks on R&D, pre-visualization, and mockups. Legion’s end-to-end approach was presented to the shows’ staff and a plan was finalized.

Compositing supervisor, Dan Short, lead his team through the process of merging the practical photography with renders created with Redshift and then seamlessly composited all of the shots using The Foundry’s NUKE.

“The CG model of the exterior of the building was a beast and scheduling was a huge job in itself,” says Calderon. “Meticulous planning, resource management, constant communication with clients and spot-on supervision were crucial to combining the large volume of shots without causing a bottleneck in VFX Legion’s digital pipeline.”

A rough 3D model of the set was contructed from hundreds of reference photographs stitched together using Agisoft Photoscan, and a technique called ‘photogrammetry.’ HDRI panoramas and 360° multiple exposure photographs of the set were used to match the 3D lighting with the live-action footage. CG modeling and texturing artist, Trevor Harder, then added the fine details and created the finished 3D model.

Ken Bishop, VFX Legion’s lead modeler, ran into some interesting issues while working with footage of the lead characters, Pope and Keating filmed on the concrete steps of LA’s City Hall. Since the Supreme Court’s staircase is marble, Bishop did a considerable amount of work on the texture, keeping the marble porous enough to blend with the concrete in this key shot. 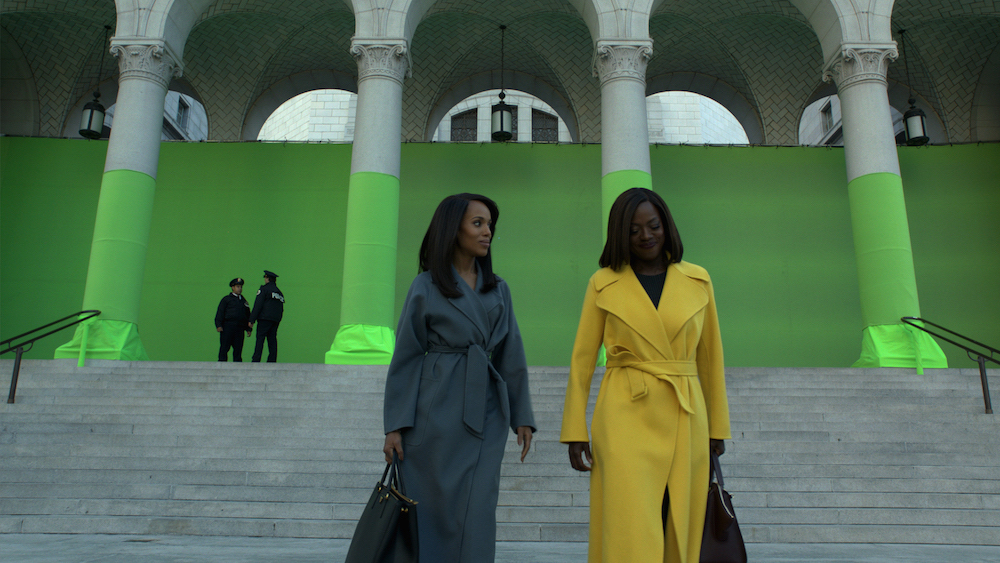 Tracker, Ruy Delgado achieved a perfect lock on the camera moves in SynthEyes using photogrammetry, lens specs, camera measurements and other on-set survey data. The depth of detail enabled him to match the marble columns inside the courthouse exactly. Many of the set’s walls were ‘wild,’ moving in and out of place depending on the camera angles, which required Delgado to adjust the 3D model for each shot so that everything lined up.

Lighting artist, Bryan Shepperd worked from overcast and flatly lit plates. He added interest to the feel of the shots, while maintaining the continuity needed to blend with the shows.

“These episodes required a combination of good planning and a talented team of over 25 artists and support staff,” says Lynn. “We pulled out all the stops to deliver a large quantity of complex, high-quality VFX, and make last minute changes, while still meeting a tight deadline and getting the most value out of the budget.”

“The crossover episodes of ‘Scandal’ and ‘How to Get Away with Murder’ showcase some of the best television visual effects that VFX Legion has created to date,” adds James David Hattin, the company’s founder, creative director, and senior VFX supervisor. “I’m very proud of all of the hard work that our team put into the crossover episodes, and the results we achieved. Watching the final shows on air was jaw-dropping.”

VFX Legion has released a VFX Breakdown Video that provides a behind-the-scenes look at the making of the computer-generated environments and visual effects for this ABC crossover event.

TV credits include ‘Scandal,’ ‘How to Get Away with Murder,’ ‘Madam Secretary,’ ‘ Suits,’ ‘ El Chapo,’ ‘Eye Candy,’ ‘Revolution,’ and ‘Gone,’ to name a few. Legion has created the VFX for a steady stream of feature films, including ‘Hardcore Henry,’ ‘Sinister 2,’ ‘The Purge: Election Year’ and ‘The Purge: Anarchy.’