“Often talked of, never seen…” Do you recognize this phrase? It’s the first line of a favorite riddle. Those who solve the puzzle know the answer is ‘tomorrow.’

Let’s switch it up a bit. “Often seen, never talked of…”

Do you know the answer to this riddle?

Try this little experiment with your friends, The next time you’re discussing the latest movie you watched, tell them, “I really loved the title design!” Then, get ready for their blank stares.

While the art of title design may go unnoticed, its impact is often far-reaching. During your movie critique, ask your friends…what’s the first thing that comes to mind from the movie Se7en. More than likely, they’ll describe the opening sequence. That’s when you let them know….that’s title design. 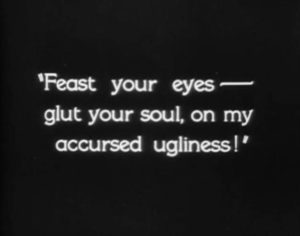 Title design dates way back to the silent film era. Since audio wasn’t a component then, context was supplied through ‘inter-titles’ – commonly referred to as letter cards. Their purpose was to provide narrative continuity so the audiences could follow the story they were watching. For example, here’s an inter-title from the 1926 silent movie, Phantom of the Opera.

The first ‘letter card’ in the movie was the main title. Its purpose was to show the name of the movie, give credit to the director, and provide legal copyright information. 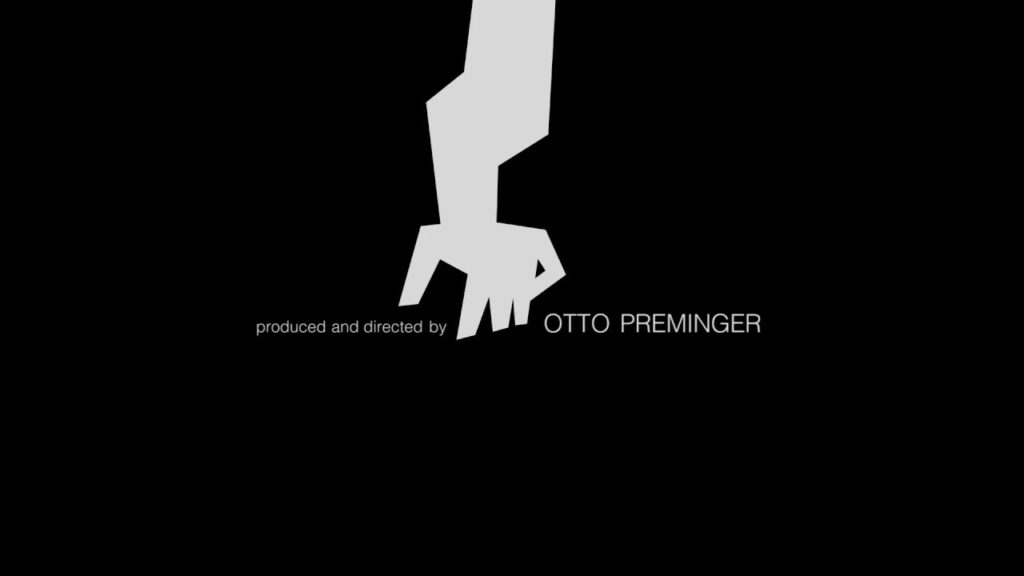 For decades main titles were purely utilitarian. In the mid 50’s graphic designer Saul Bass challenged their purpose when he created the legendary opening sequences to The Man With the Golden Arm (1955) and Vertigo (1958). Over the next decade, a handful of talented creatives followed suit. Groundbreaking ideas in title design started to appear. From concepts as simple as timing typography to interact with imagery – to creating opening sequences that were in many ways, ‘mini-movies’ in their own right. The art form of film title sequence design was officially born. In addition to Saul Bass, early pioneers in title design included celebrated designers Pablo Ferro (Dr. Strangelove (1964), The Thomas Crown Affair (1968); Maurice Binder – best known for his work on 14 James Bond films including the first, Dr. No in 1962; Richard Williams (What’s New, Pussycat? (1965), A Funny Thing Happened on the Way to the Forum (1966), Casino Royale (1967); and Stephen Frankfurt with the incredibly memorable opening sequence for To Kill A Mocking Bird (1962). 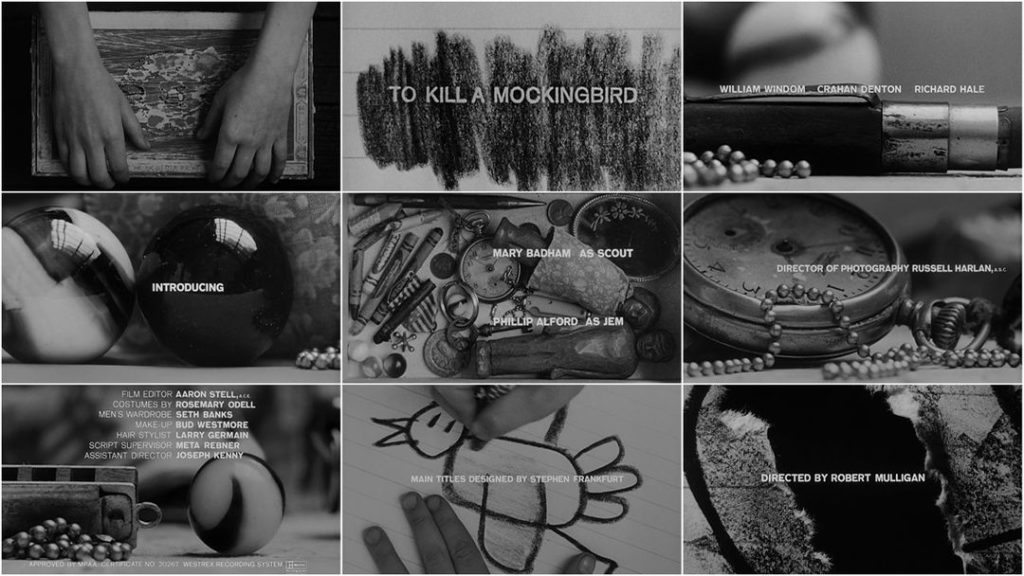 As with everything new, popularity waxes and wanes. During the 70’s and 80’s title design had some wins – and some losses. And for many designers, the ‘newness’ in the industry began to dim. Still, that era’s best continue to resonate with viewers – like Pablo Ferro’s title sequence for Men in Black (1977) and Pacific Title’s E.T. the Extra-Terrestrial (1988).

The time was ripe for a renaissance. Enter stage right: Kyle Cooper.

In his youth, Cooper was inspired by the work of David Kronenberg, Dick Smith, and Rob Bottin. When he started out as a young designer, he drew inspiration from Richard Greenberg’s titles for The Dead Zone, Altered States, and Alien. With an MFA in graphic design from the Yale School of Art where he studied under graphic designer Paul Rand, and a BFA from the University of Massachusetts at Amherst – he was primed to blaze a trail rejuvenating – and reinventing the art of the title.

In 1995, his revolutionary title sequence for Se7en was named by New York Times Magazine as “one of the most important design innovations of the 1990s”. Story has it that some Hollywood filmmakers refused to work with Cooper because he was known as “the guy who makes title sequences better than the movie.”

During this time, we also witnessed the birth of the digital age in film and design. Experiments using technology were seen in all facets of title design. While Cooper was entirely onboard with technology, he understood that design came first. Tech was just a tool. In the highly stylized opening sequence to David Fincher’s Se7en, Cooper painstakingly hand-scratched the letters with a needle onto film stock, frame by frame. His sequence set the tone for the entire film, capturing the troubled mind of the film’s serial killer.

That’s what makes Kyle truly unique, his innate sensibility that opening title sequences are not separate from the film, they’re part of it.

Fast forward to 2018. Kyle Cooper has directed and produced over 300 main title sequences and dozens of handcrafted visual effects sequences. The industry that’s been built around title design has changed dramatically. So the question begs to be asked: 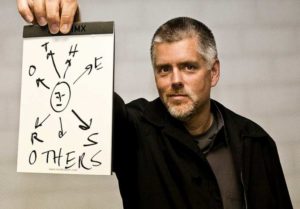 Kyle Cooper: Prolific? No doubt. Creative? You’ve seen his work – whether you know it or not. Generous? Indeed. His words of wisdom are words to live by:

“The only thing you ever really have is what you give away.”

Kyle Cooper will be generously sharing insight and perspective in an intimate setting June 5-8 at motion 2018 in Santa Fe. Be part of the conversation. 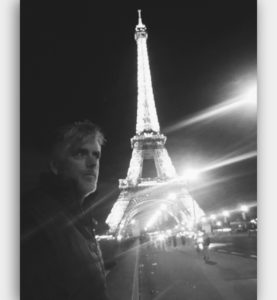 Kyle Cooper has created hundreds of main title and visual effects sequences. Details magazine credits Cooper with “almost single-handedly revitalizing the main title sequence as an art form.” While at Yale University, Cooper studied independently with Paul Rand. He named and founded Imaginary Forces, and then Prologue Films. Cooper holds the title of Royal Designer for Industry from the Royal Society of the Arts in London. He has received nine Emmy nominations and two wins for his work. He is a member of the Academy of Motion Picture Arts and Sciences and holds a Lifetime Achievement Award from the AIGA.