The Colonie Expands Capabilities With Signing of Multiple Talent

The Colonie began the new year with multiple hires and a senior level promotion, growing its motion design and editorial departments, and broadening the scope of its client services with the addition of an associate producer. The company’s expansion has been ongoing, but the impetus for this cluster of new signings was last year’s spike in broadcast and digital media projects.

“2017 was a year of growth for The Colonie,” says Mary Caddy, executive producer and partner. “There’s been an increase in commercial and social media projects, as well as integrated broadcast and online campaigns that tap a wider range of our services. The mix of work has been exciting and kept everyone very busy.”

Jennifer Moody, who held the position of senior motion designer at The Colonie for the past five-years, has been moved up the ranks to creative director. With the recent hiring of motion designer, Jeff Borowiak, who works alongside her, the collaborative team positions the Chicago-based company to take on more complex motion design jobs. The Colonie’s integrated postproduction environment enables Moody and Borowiak to work with its editorial and visual effects team on a wider range of projects and platforms, all under one roof. Along with the addition of assistant editor, Nathan Rodgers, and associate producer Hayley Stuber

Before joining the company, Moody was a senior designer at Foundation for seven years. She has created and produced design elements for commercials for brands, such as Target, Levi’s and State Farm, and worked on an eclectic mix of projects that included music videos, corporate media, movie trailers, intros and title sequences.

While receiving a BA in Computer Graphic Arts, Moody landed an internship at MTV’s On-Air Design department. Her commitment to expanding her skill-set and breaking new ground led her to seek out a higher level of training, and earn an MA in Studio Art at Ball University.

“Jennifer has always displayed amazing leadership, and we’re very excited to see where she’ll be taking our team,” says Bob Ackerman, creative editor, and partner at The Colonie. “Her instincts and creative sensibilities are incredible. Often, a project takes on a new and unexpected direction once she gets her hands on it. Jennifer doesn’t merely execute what’s expected, she takes a project and breathes life into it.” 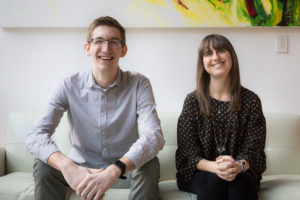 Jeff Borowiak recently made the move to The Colonie, getting in on the ground floor just as the company poised for bolstering its motion design capabilities with Moody’s promotion.

The young artist is already accomplished in his own right. Borowiak received his BA in Cinema Art and Science from Columbia College after earning an associate’s degree in Digital Media and Design. While still a student, Jeff took first place at the 2016 SeriesFest 48 Hour Interactive Film Festival for a title sequence he designed and animated for the interactive web series, The Reunion. A short film Borowiak edited, titled Game Master, earned industry-wide attention and was showcased at the 2017 Feminist Film Festival.

“Jeff came to us highly recommended and once we met him and saw his work we immediately understood why,” says Moody. “His contagious excitement for his craft, along with a great attitude, strong work ethic, and solid skills have made him an invaluable addition to our design team.” 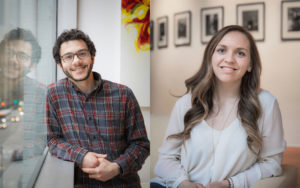 In the creative editorial department, the recent surge in work gave The Colonie an opportunity to hire Nathan Rodgers, an outstanding candidate who had been on the company’s short list. Since coming onboard, Rodgers has cut numerous spots, music videos for Towkio, among others artists, and promotional pieces for brands such as Jordan, Mike’s Harder Lemonade, and Warner Chappell Music, to name a few.

“Nathan has a natural instinct for editing. From the first day he began his internship we realized that he was an extraordinary talent and wasted no time bringing him on staff,” says Brian Sepanik, creative editor, and partner. “Not only has he been a terrific assistant, but he’s already building a roster of his own agency clients. I better watch my back!”

“When we were looking for an associate producer Hayley’s name rose to the top of our list,” says Sepanik. “She had previously interned at The Colonie, so we already knew she had the skill-set needed to be a great point-person for the company.”

“Hayley has the intelligence, organization, desire and people skills to make her a great addition to our producer team. She is a delight to work with and brings an amazing energy to The Colonie,” adds Caddy.

A diverse mix of regional, national and global clients, such as Peloton, Google, McDonald’s, Nintendo, PepsiCo, Kraft, and Bayer, call upon its collaborative team of talent to deliver compelling visual stories that elevate the viewer’s experience and connects them to their brands across multiple platforms.