What began as an indie mobile game in 2014, Five Nights At Freddy’s has grown into a multimedia franchise with multiple games, novel adaptations and even a feature film in the works. There is also an array of fan-inspired videos – none more popular than those produced by the Kiev, Ukraine-based GoldenLane Studio. Led by Co-Founder Roman Maltsev (along with Alex Portman and Oleg Smolyaninov), the studio’s “Five Nights At Freddy’s” YouTube video series relies on the iPi Soft markerless iPi Motion Capture software solution for reliable character animation. The series continues to be viewed by millions, including an astounding 25 million that watched the initial trailer. 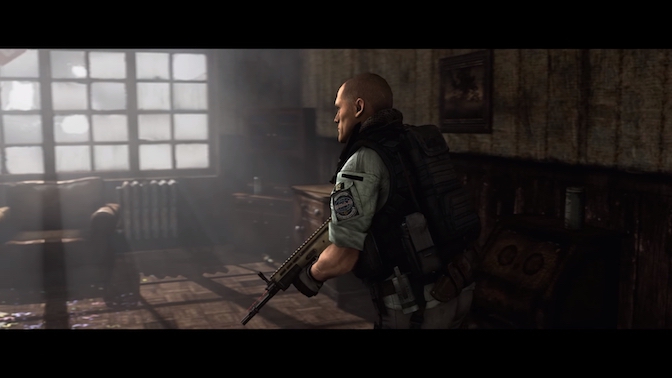 Maltsev noted that among the key benefits of using iPi Motion Capture (in conjunction with a Windows PC running on an Intel Core i7 8700K processor and NVIDIA GTX 1080Ti graphics card) is not having to rely on expensive green-screens and motion capture suits, and that animations can be exported into either SFM (Source Filmmaker’s proprietary format) or the more universal DMX format, to ensure a quick post production workflow. 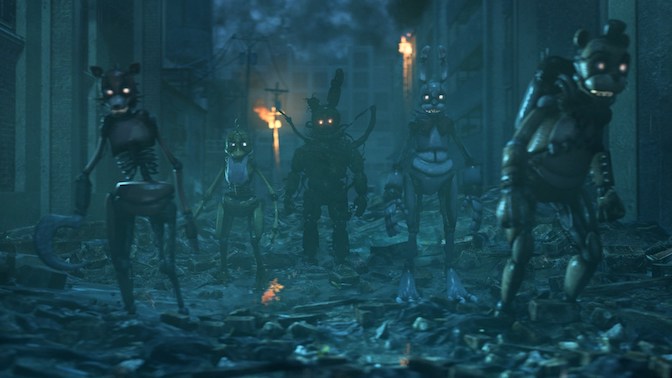 The motion capture tracking and design process begins at GoldenLane with a rough pre-visualization (previs), without animation and lighting. All characters are first created in T-pose, a standard default shape for humanoid game model content creation, to understand where action is going to take place, character placement, etc. Following, iPi Motion Capture is used to record and track motion to the previs scenes and then transfer to each character.

“iPi Motion Capture is ideal for small, creative studios like ours as it helps to simplify and significantly speed up production,” Maltsev says, who serves as the sole actor in his videos, often performing multiple parts. “It’s also a lot of fun for me to get to play the hero in my own movies.”

Although Maltsev is currently the only actor featured in the video production, should that change, the capabilities in iPi Motion Capture (Pro version) provide tracking features of up to three multiple actors at the same time without the need for manual sync.

One particularly challenging scene for Maltsev was playing two characters named Zoe and Ellis that kiss. “I recorded the kiss using the iPi Recorder independently for each character, as a single-actor motion,” he recalls. “To accomplish this, I had to stand in the center of the room twice, hug the air and pretend to kiss someone. After that I synced motions manually inside Source Filmmaker. This seemingly simple act proved the most complex, and also was pretty amusing.”

The “Five Nights At Freddy’s” mobile game series is centered on the story of a fictional restaurant named Freddy Fazbear’s Pizza, a pastiche of restaurants like Chuck E. Cheese’s. The game involves the player working as a nighttime security guard who must use several tools, most notably security cameras, to survive the night shift against animatronic characters that become homicidal after-hours.

iPi Soft is a key content creation tool that helps to visually ‘describe’ a character through the use of motion.

GoldenLane borrows from the basic premise of the original Freddy’s series, but introduces new characters, settings and scenarios, such as the HAZMAT team investigating the dilapidated state of the Freddy’s restaurant; or the wandering traveler who is stalked by one of the animatronic characters.

According to Maltsev, the original characters he creates run the gamut from those that will appear only once, to more nuanced ones that will inevitably play important roles as the series develops.

“iPi Soft is a key content creation tool that helps to visually ‘describe’ a character through the use of motion,” Maltsev says. “We develop characters with the aim to give each a unique style. How a person moves can be very revealing into who they are. A military person might be more sure-footed and stride confidently into extreme situations, whereas a civilian might move more cautiously and awkwardly.”

Maltsev’s passion for the project and level he puts into his characters and plotlines has clearly resonated with fans as evidenced by millions of views and 350,000-plus subscribers on YouTube. The popularity of the series has also spurred donations via the crowd-funding site Patreon.com, enabling Maltsev and his GoldenLane partners to work solely on creating content for YouTube.

“We’re pleased that recent enhancements to iPi Motion Capture are providing indie filmmakers, like Maltsev, with the near real-time feedback capabilities they need to quickly track results that can be transferred to 3D characters at the time of recording motions and improved animation export features for an optimized workflow.”

“When I uploaded the first Freddy’s trailer, there were no plans on developing it as a on-going series,” Maltsev adds.  “People clearly like our vision of this cinematic universe and when we saw how popular it had became, we decided to move ahead and will deliver new episodes later this year.”

All trademarks contained herein are the property of their respective owners.