Ralph is also working closely with the social and marketing teams at Netflix across an increasing number of shows and initiatives including Black Mirror, House Of Cards, their new original comedy platform Netflix Is a Joke and the upcoming second season of Stranger Things.

“I’m excited to be part of the talented team at Ralph.” said Crawford. “I look forward to helping our clients build and expand the worlds of so many films and shows that I’m a fan of myself.”

Crawford comes to Ralph following his latest role as Designer at Apple in San Francisco. Previous positions include motion designer at TBWA/Media Arts Lab in Los Angeles, and Motion Designer at Storyfarm in Baltimore. 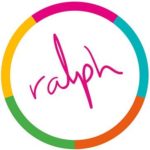 Founded in 2005 with offices in London, NY & LA, Ralph are trusted by the world’s biggest brands to create experiences that audiences love and share. Their proudest achievements include managing social for some of Netflix’s biggest shows (House Of Cards, Stranger Things, Black Mirror, Gilmore Girls) running immersive theatrical music events for Sony, launching a beer across Europe for AB InBev, hacking marketing with Mr. Robot, opening a craft beer shop in Shoreditch, creating an above the line marketing campaign for Slack and making a cartoon called Tinkershrimp & Dutch with Nickelodeon. More information on Ralph can be found at www.ralphandco.com