Blackmagic Design has announced that TV Tokyo’s new drama series “Izakaya Fuji,” which began airing this month, was shot using two Blackmagic URSA Mini 4.6Ks as the A and B cameras, as well as Blackmagic’s Video Assist and Video Assist 4K and SmartView 4K. On-set and final grading for the series was done using DaVinci Resolve 14 Studio and the DaVinci Resolve Mini Panel. 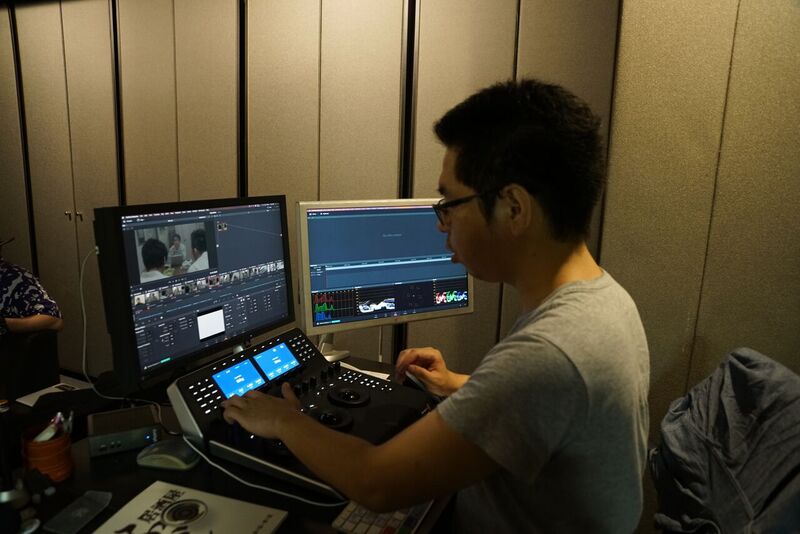 This drama series is based on the novel depicting the life of a man called “Oyaji,” who ran the Izakaya Fuji, a Japanese style tapas restaurant in Tokyo and who passed away in 2014. Kento Nagayama stars as young actor, Eiichi Nishio, while many well known actors, including Nao Omori, stars as himself as regular customers of “Fuji.” For every episode, the producers cast a famous guest actor, such as Ryoko Shinohara and Ren Osugi, as regular customers. The story depicts Eiich as he struggles to pursue his dream of becoming an actor through meeting those celebrity customers and hearing the story of “Oyaji.”

The drama has been available via Amazon Prime Video a week before the TV Tokyo on-air date. “We had to deliver the master for Amazon Prime Video as Ultra HD 4K, so we needed something that can shoot more than 4K resolution. Most of cameras on the market in that category cannot shoot RAW inside the camera, so it usually requires a recorder. We were looking for a camera with good picture quality and was easy to handle, and we wanted to use two of them. With limited budget, the URSA Mini 4.6K was the only choice that meet our requirements,” said Takahiro Imai, the DP. 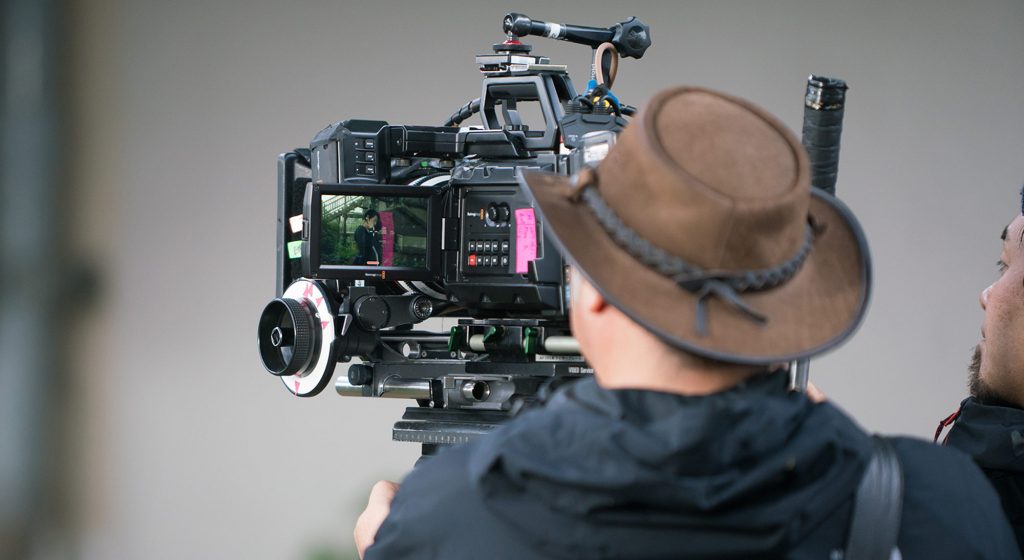 Imai said: “We made the set look very similar to interior of the actual ‘Fuji.’ It is so small that you probably can fit about 10 people. The URSA Mini was very handy as it could be taken to this very small space. We also had a couple of shoots with a gimbal. As the camera was already compact and easy to mount on the gimbal, we did not have to bring other small cameras for gimbal shoots.”

When test shooting, a dedicated LUT was made for this series and used during the shooting. Genta Tamaki, data manager/online editor/colorist for the drama, Interceptor, said: “As we did not have a DIT for this project, I made a LUT at the test shoot so that the shooting team could use it on-set. We knew we would use DaVinci Resolve for grading, so it was beneficial to make a look for the project using the DaVinci Resolve and camera filters on set, so the DP and the colorist could share the same goal of how the picture would look like. It also a big advantage that we could apply the LUT to URSA Mini directly.”

Imai added: “By applying the LUT, if you send the camera output to monitor, you can see the image very close to the final look. I can disable the LUT on the Viewfinder while other monitors show the image with the LUT, so it is very flexible. It was easier for the lighting staff to adjust lighting as he could check with the look that is close to final grade.”

“With base ISO set to 800, I could shoot very clean images. Even though it was in a studio shoot, most of lighting sources are from the regular lights used in the set, not film shooting lights. So being able to capture clean image with ISO800 was a big help for our shoot. We fully used the cameras for a month and never had trouble. It was amazing what a camera with a price of $6000 can do,” said Imai.

For grading, DaVinci Resolve 14 and DaVinci Resolve Mini Panel were used at Tokyo-based Interceptor. “We had to deliver the Ultra HD ProRes master for Amazon Prime, so the performance speed of Resolve 14 was a big help for me. The smoothness of playback of Ultra HD 30P timeline could not compare with the older version. I made a collaboration system with two Mac and a Linux machines. My assistant used one Mac, and I mainly used Linux because it’s more powerful. Another Mac was used for rendering ProRes files or for me to use Mac only software. It was very effective that I could leave rendering to one machine while I am working on a new episode.”

“I also had my assistant to use Fusion via Fusion Connect. It was to erase phone number on some shots which we could not show and draw complicated masks which were quicker and easier to track in Fusion.

“As we used DaVinci Resolve throughout the project, from shooting to post production, we did not worry that the look would change. We spent a lot of time to make look on-set, and we so in post we did not have to spend extra time doing that and were able to concentrate on matching shots in a timeline and adjusting contrast. Also, by using the Mini Panel, I could control the RAW setting with physical nob controls. It was easy to use,” Tamaki concluded.