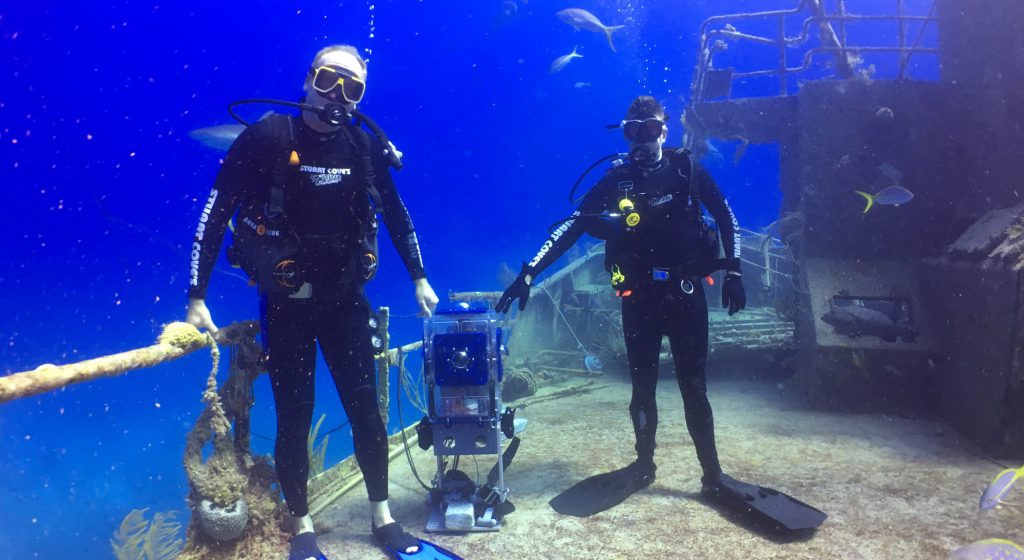 The 360-degree live stream transported viewers to an underwater shipwreck in the Bahamas during a shark dive, and according to Casey Sapp, executive VR producer, VR supervisor and VRTUL Live co-creator, he and his team only had 30 days to bring the rig from concept to completion with the help of New York-based VR production company and partner 30Ninjas and Lewis Smithingham. “There were a lot of factors going into this project. We needed to stream for more than three hours, microwaving the stitched signal, with the proper end code and bit rate for Facebook Live, to New York from a boat moored to a shipwreck two miles off the coast of the Bahamas,” he said.

The results were outstanding, and the live stream was groundbreaking television for ABC

Sapp added, “We had to make sure there was less than 10 seconds of latency, so the live stream matched up with the actual broadcast on ‘Good Morning America.’ Also, the rig had to be sturdy enough so that the sharks wouldn’t bite it, rip it apart or tip it over, but we still needed excellent image quality; you can’t put a plastic bag or housing on a camera and expect it to work. It needed to be custom. There were lots of constraints, but we knew as long as we started with the Micro Studio Camera 4Ks, everything else would fall into place.” 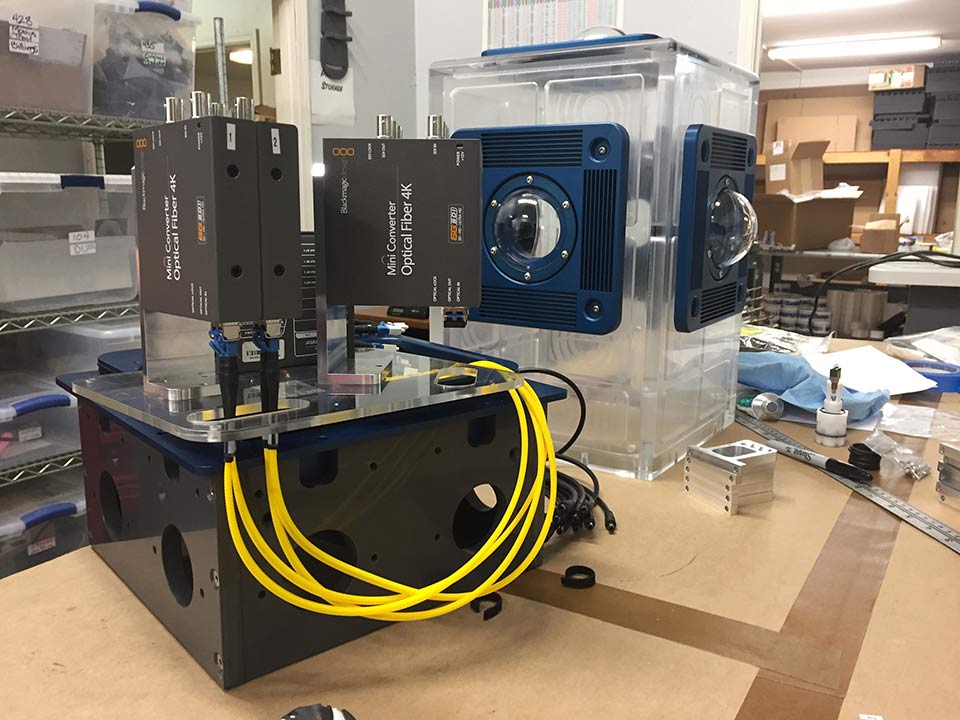 The VRTUL Live rig used five Micro Studio Camera 4Ks to capture 360 degrees of high resolution 4K images, and the SDI signal from each camera was converted to fiber using Blackmagic Design’s Mini Converters Optical Fiber 4K, along with Mini Converters SDI Distribution. On the boat, Arduino Shields were used to adjust the cameras’ gain, shutter and other manual controls. Also located on the boat, a Smart Videohub 40×40 router was the hub of the workflow, receiving live color grading from DaVinci Resolve Studio and dynamic stitching from on-set engineers. A Teranex AV was used for audio embedding and signal processing, and a HyperDeck Studio 12G recorded the master. A Video Assist 4K monitor was used to test the feed before going in the water, and a Mini Converter Sync Generator was also used for video referencing.

“We needed every single piece of gear in the workflow to be compact, powerful and easily maneuverable, which is why we chose Blackmagic Design,” explained Sapp. “The Micro Studio Camera 4K provides high quality images in such a compact form factor, along with a very affordable price. You lose resolution underwater, so from a cinematic perspective, we needed the camera’s 4K resolution coupled with its pristine image quality.”

“The results were outstanding, and the live stream was groundbreaking television for ABC,” concluded Sapp. “We are at a tipping point in the market where it’s not just about proving that the technology works anymore. Now we need to prove engagements and the viable integration into broadcast, as viewers want to interact with shows.

“It’s groundbreaking in that sense as VR has had to overcome the hurdle of ‘being in the way’ when paired with traditional broadcast. It can’t inhibit a live broadcast; it must augment and supplement it. We were thrilled that the VRTUL Live was right in the middle of the action, creating a collaboration between two different consumption methods. We are also looking to expand its use for aquariums, museums and more for educational and scientific installations and projects.”

VRTUL (pr. Virtual) is an immersive content solutions company combining the latest in talent and technology to push the boundaries of creative storytelling. They are creators of the first underwater 360 3D camera called the VRTUL 1 (www.VRTUL1.com) as well as the VRTUL Live used for the ABC “Good Morning America” live 360 broadcast. VRTUL has offices in both San Diego and Los Angeles, handling concurrent projects worldwide.