“The Sower” is the first feature film directed by Yosuke Takeuchi. Kentaro Kishi, DP for the film, also played a main acting role. The film follows Mitsuo, the main character played by Kishi, who after clearing debris from the 2011 March Tohoku earthquake ends up suffering from a mental disorder and anxiety and is hospitalized. After three years, Mitsuo leaves the hospital and visits his brother where he meets his nieces, Chie and Itsuki, and finally finds some peace. His peaceful days, however, do not last as his world is again destroyed by a disaster. 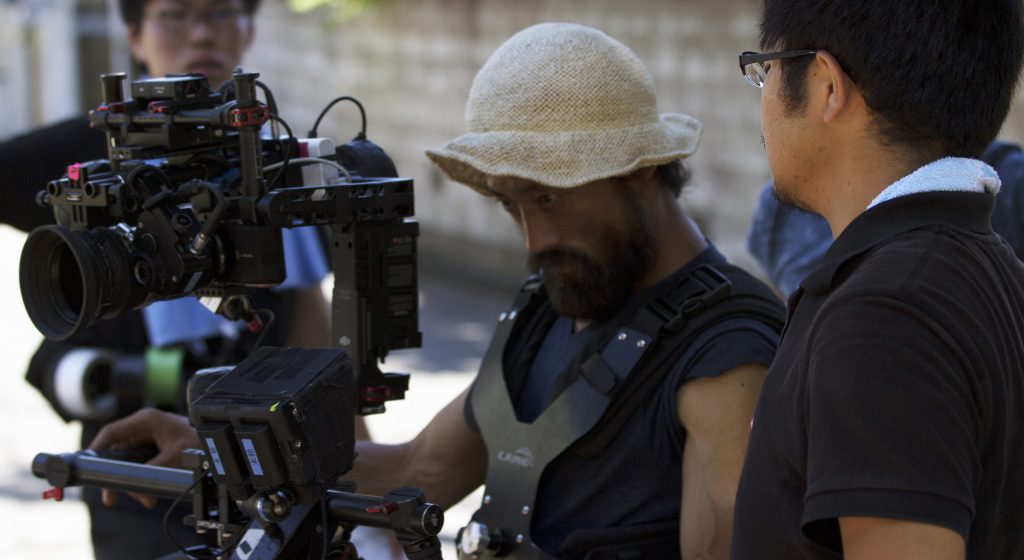 Kishi, the actor and DP, said: “There are kids in this story, so I wanted to eliminate their stress at being filmed as much as possible so that they could act naturally. The Pocket Cinema Camera is the best choice to be low profile when shooting. It’s similar in size to a smart phone, yet capable of shooting in RAW inside the camera. It is truly a epoch making camera for indie film makers like us!”

I knew the film would look great. What amazed me was how the Pocket Cinema Camera could look so close to the film image.

“When I visited the disaster site after the earthquake with Kishi, my DP, I found a sun flower on the desolated place by the seashore. That gave me the inspiration of this film. I had originally planned to shoot in 16mm film, however the budget was very tight. Then, Kishi and Hoshiko, the colorist, recommended we shoot with the Pocket Cinema Cameras to fit in my budget, yet have a 16mm look. Later, we planted sunflowers at the disaster site where we used for location shoot. I wanted to capture the same kind of image of sunflower that I saw on 2011 and the power of nature the most, so I decided to use 35mm film only for the last scene,” said the director, Takeuchi.

The 35mm footage, which captured a sunflower blooming, was sent to Togen and scanned using their Cintel Film Scanner and graded with DaVinci Resolve Studio at the same facility. Takemitsu Hoshiko, the colorist at Togen said: “As the camera and scanner are both from Blackmagic, the look of the camera footage and the scanned film images have a similarity in look, even though they are different medium, digital and film. So, the picture blends well with each other and does not give me any uncomfortable feeling by looking at those images. It was a big success for this film.”

“I knew the film would look great. What amazed me was how the Pocket Cinema Camera could look so close to the film image. I chose to shoot in RAW as the picture quality was our first priority. I now understand what the RAW image from this camera can do,” said Kishi.

“As a colorist, dynamic range is more important than resolution. 13 stop of dynamic range was a great advantage for this film. Not much lighting was available in this film, so there were many scenes in low light. I had to compensate it by grading, so I used the Camera RAW tool for each shot to apply the best debayer setting and then graded them. Being able to adjust from RAW images, I could control the color more naturally. If you want to brighten an image, it usually becomes contrasty and the black gets greyish. However, the footage had enough dynamic range so I could brighten up the image naturally keeping the mood of original lighting condition.”

At Togen, both Mac and Linux based DaVinci Resolve Studios are installed and used depending on the type of projects. “We use the Linux system when handling 4K resolution and up. I used a Mac system for this project. With many software updates, I feel that Resolve handles GPU better and better,“ said Hoshiko