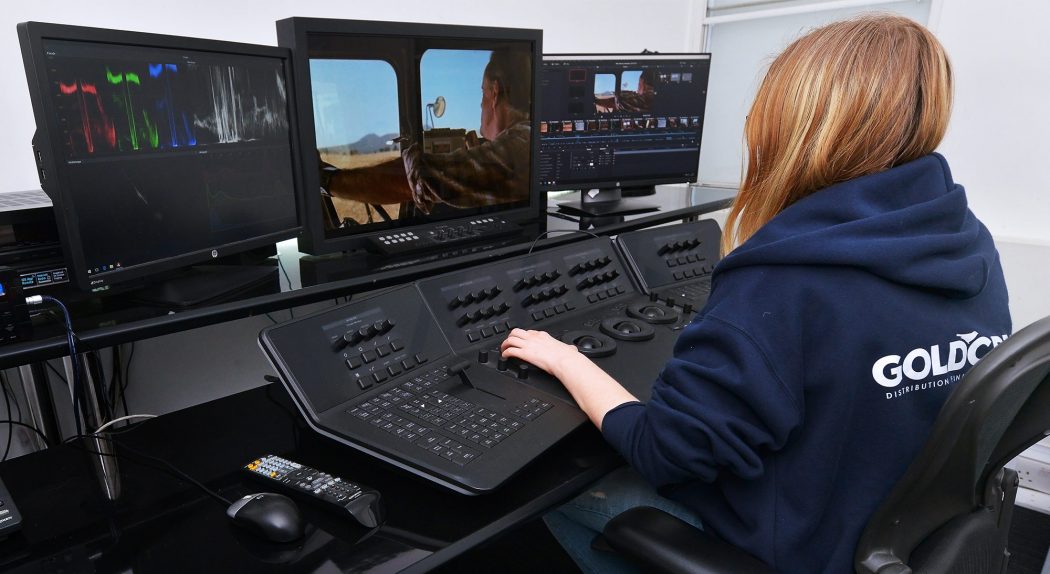 Blackmagic Design has announced that Goldcrest Post has utilized a Blackmagic Cintel Film Scanner for a major restoration project to upgrade asset formatting for all of Goldcrest Film’s prestigious library titles, which were scanned to Ultra HD 4K and remastered in 2K. Led by Goldcrest’s CTO, Laurent Treherne, the project involved remastering sixteen of Goldcrest Film’s titles, including “Dance with a Stranger” (1985 ), “Absolute Beginners” (1986 ) and “White Mischief” (1987). “With an increase in the number of OTT services there is a growing demand for high quality film originated content,” Laurent begins.

Laurent goes on to explain that as well as meeting the clients’ demand for 4K quality content, the Cintel Film Scanner allowed Goldcrest Film to keep the restoration workflow within the group. “As with any restoration, we knew the project would entail numerous challenges. They included locating suitable source elements, repairing damage, identifying reference images for color grading and re-versioning picture and sound files into formats suitable for the modern consumer. The versatility and speed of the Blackmagic infrastructure helped us to address those challenges.” A dedicated DaVinci Resolve workstation was set up alongside the Blackmagic Cintel Film Scanner in order to create a standalone, single workstation pipeline that would not impact on Goldcrest’s DI work. The film elements were inspected and cleaned in laboratory conditions, then each reel was scanned in 4K onto a dedicated high speed storage volume and conformed and reframed to 2K.

The files were dustbusted and then graded in DaVinci Resolve Studio. Finally the Goldcrest team rendered the DSM archive and the HD deliverable. “We deliver in HD ProRes HQ 422, as that’s the delivery requirement for multi title library distribution deals, however Ultra HD 4K is increasingly a consideration for clients, so it’s an important requisite, certainly for future sales strategies,” explains Laurent.

The Cintel’s performance has been incredibly beneficial from the outset of the project, in particular how the scanner was able to work with negative film splices. “What’s impressed us the most from day one has been the scanner’s performance with negative film splices. What would jump in the gate of other scanning devices simply flows through the Cintel without a hitch. This represents a considerable time and cost saving over standard workflows which tend to require numerous shot stabilization fixes to address such artifacts.

The Blackmagic workflow for scanning, conforming and grading is straightforward, flexible and a low cost way of approaching remastering whether used as a standalone scanner with a single operator, or in conjunction with complementary scanners,” concludes Goldcrest Post’s managing director, Patrick Malone. “We’ve been impressed by how much detail we’ve gotten from some of the more challenging 35mm picture elements, and the quality and speed of the Ultra HD scan from both negative and print have been excellent.”