Sarofsky Artistry Showcased in New Website from The Uprising Creative

Currently enjoying her eighth very successful year operating her own business, Erin Sarofsky – president, owner and executive creative director at design-driven production company Sarofsky – is very proud to announce the launch of a brand new, mobile-optimized website for her company. Now online at sarofsky.com, the site was designed and developed by the digital division of creative agency The Uprising Creative (TUC).

“This was also a great time to refine the company’s curb appeal by tightening up the design and making the site more simple and sophisticated.” – Steven Anderson

Together with her colleagues including executive producer Steven Anderson, Erin seized what they are calling “a big opportunity to invest in themselves” by commissioning TUC to totally redesign their online storefront. “In essence, we wanted our site to present what we actually do and create more elegantly… and really make sure our service offerings are clearly defined,” she began. 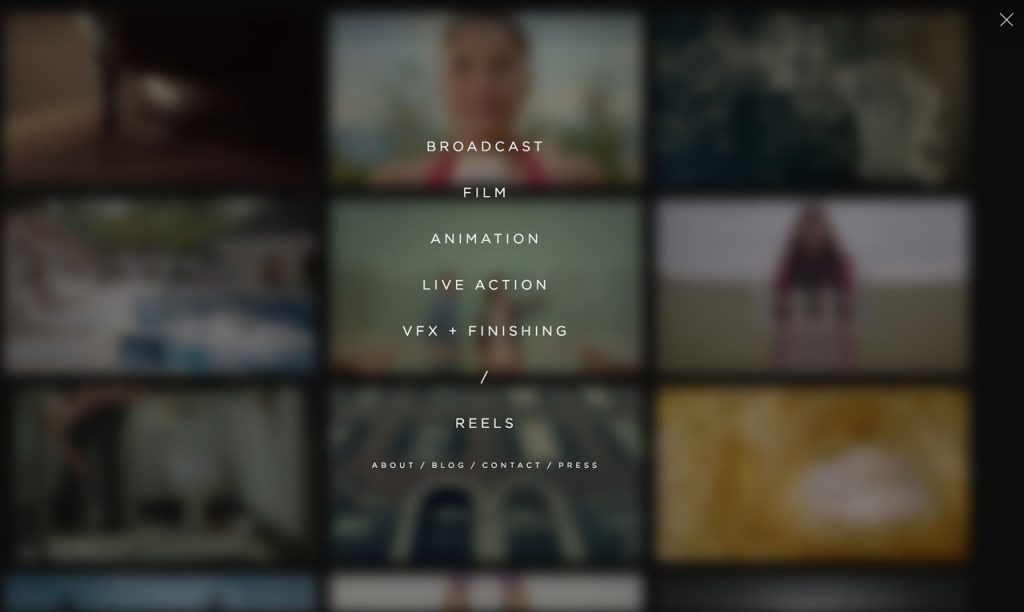 “This was also a great time to refine the company’s curb appeal by tightening up the design and making the site more simple and sophisticated,” Steven added.

For Sarofsky’s executives and artists alike, the new site represents more of a gallery space, allowing the team to show off work created over the last couple years, while also being ready to feature exciting new work launching in the days ahead. More than ever before, this creative approach allows the studio’s work to do much of the heavy lifting in communicating Sarofsky’s essence, its core values and its areas of expertise. 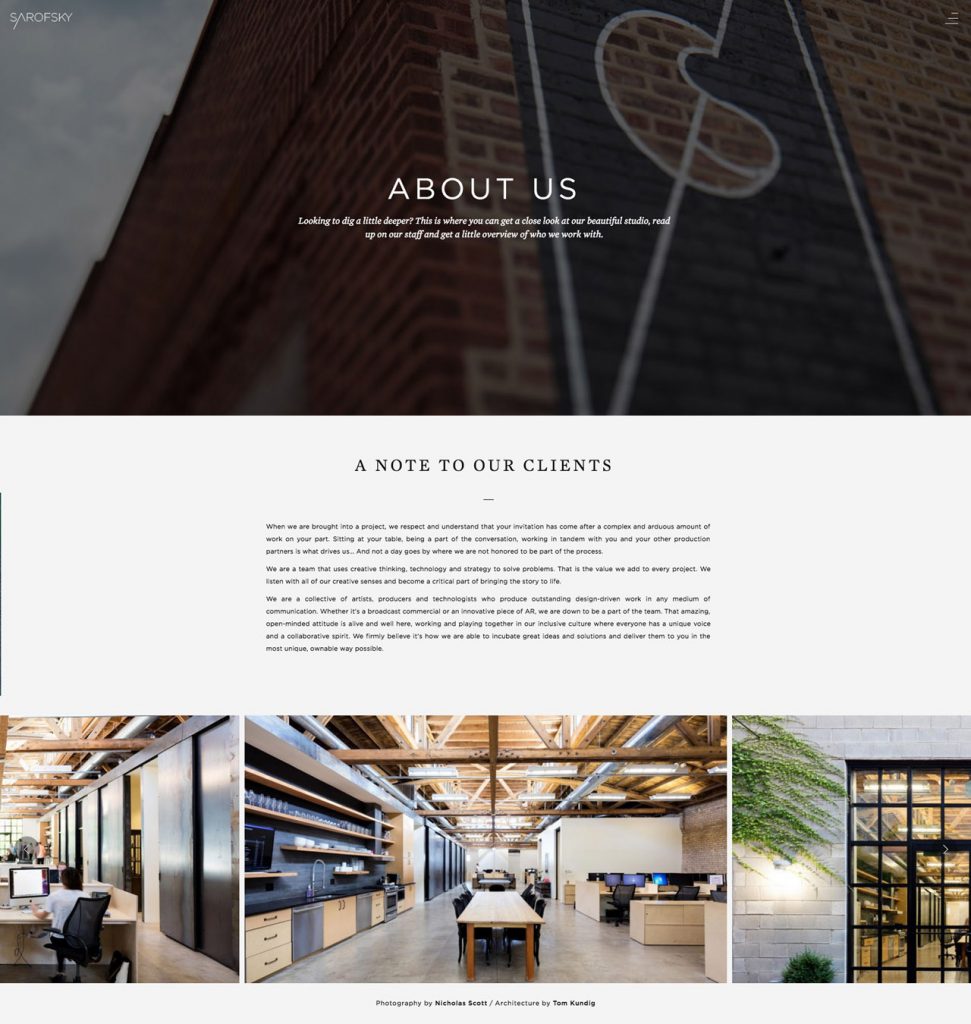 Asked to name her favorite new features, Erin pointed to the Blog section. “Case study-wise, our blog will have a lot of little gems in it moving forward,” she said. “But also on the individual projects, we will show previously unseen details… like all spots in a series or even VFX breakdowns.”

For Steven, another new facet represents a sweet spot. “In response to a lot of requests, we now also have a REELS page that allows people to get a feel of what we do very quickly,” he explained. “If you’re interested in us for branding, main titles, live action, VFX, commercials… there are now individual reels for each of these areas in addition to our general anthem reel.” 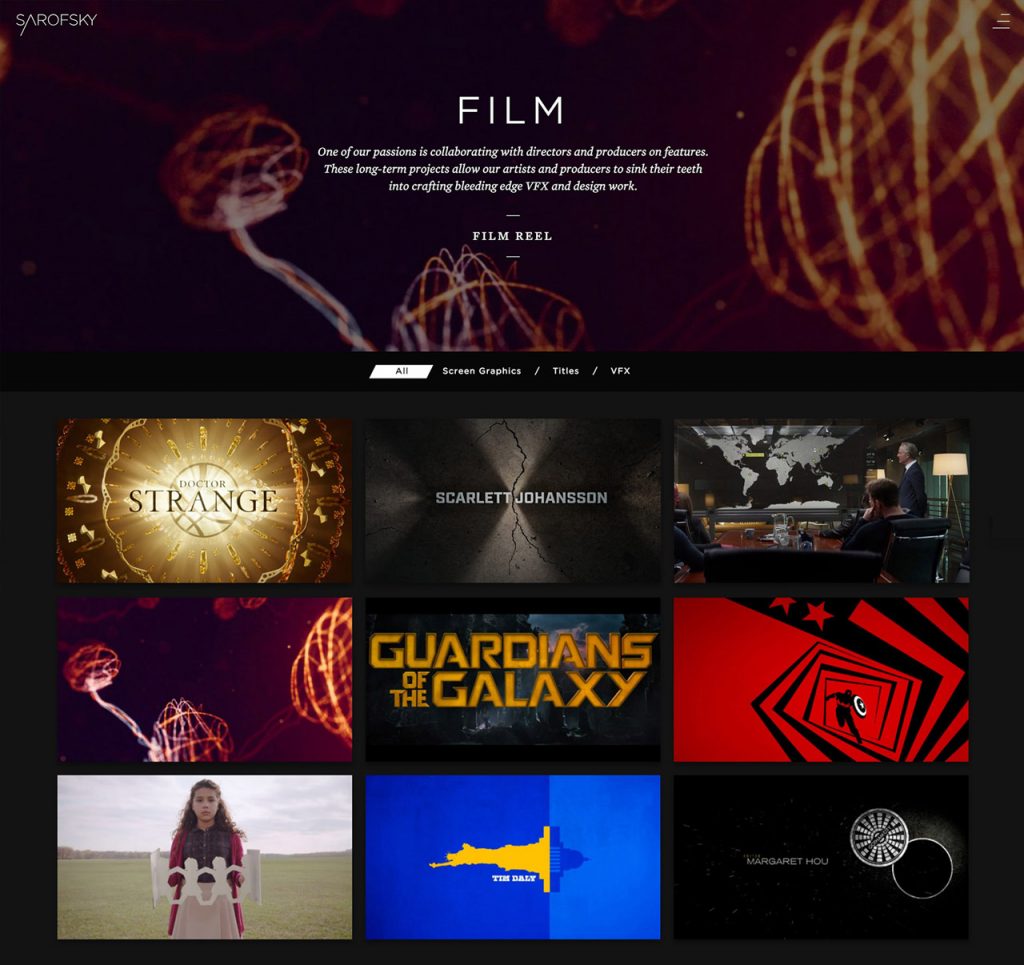 The new site’s launch coincides with several momentous developments for the studio. Earlier this week, Erin spoke at the annual Toronto gathering for the renowned FITC design industry conference. Just before leaving for Toronto, the May/June issue of Communication Arts Magazine arrived in her office with a multi-page, in-depth feature story extolling Sarofsky’s virtues for the worldwide readers of one of the design industry’s most respected publications. With new work continuing in all realms of the media and her next design conference speaking event set for November in Belgium, Erin and company are in high demand.

With so much underway, investing into Sarofsky.com will ensure others can better understand the company’s increasingly powerful capabilities, its key business developments and its growing claims to fame. But using her signature sense of humor, Erin has another lovely way of characterizing how the new website factors into the life of her namesake business. 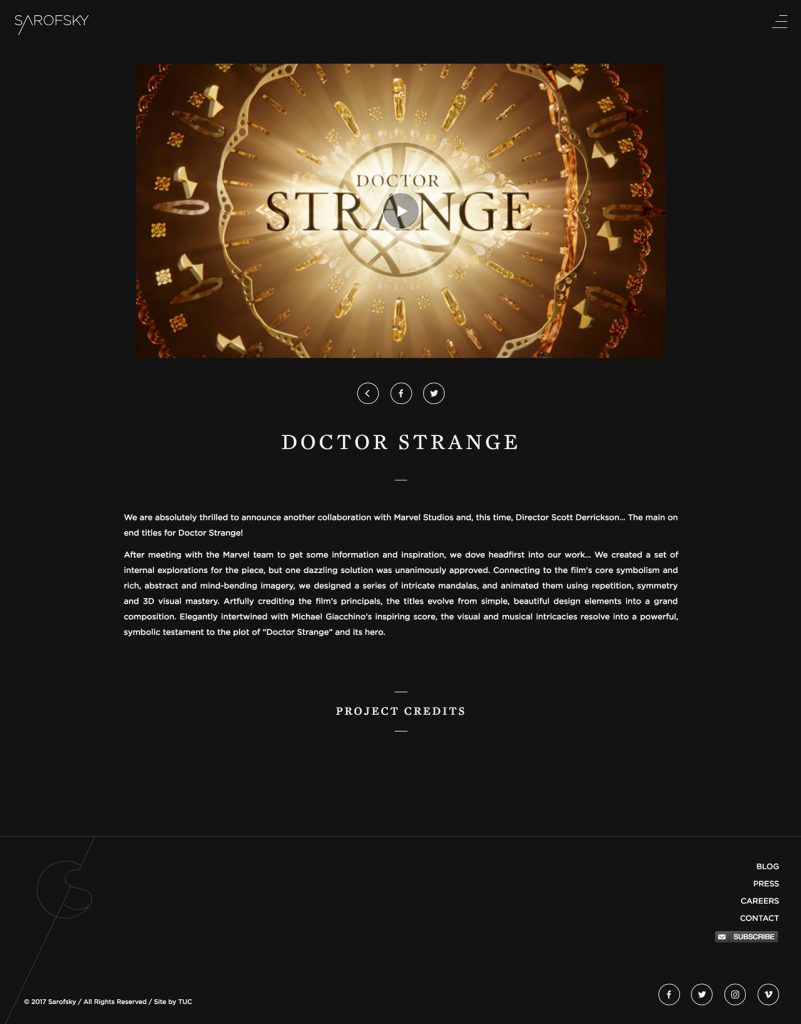 “We got some new jeans, new shoes, a new shirt, maybe even a fedora… and we are ready to strut,” she said with a smile.

To learn more about Sarofsky than you ever knew before, please visit sarofsky.com. And be sure to tell a friend.

About Sarofsky Director, creative director and designer Erin Sarofsky launched Sarofsky in Chicago in 2009 to provide her patent, design-driven production services to leaders in the advertising and entertainment industries worldwide. Today, Sarofsky’s staff artists use animation, visual effects, computer graphics and live-action to collaborate with illustrious clientele from concept to delivery, producing work that is visceral, innovative and diverse. With artistry that heightens audience impact through sublime commercials, brand films, title sequences and much more, Sarofsky’s reputation for breakthrough design, its proven cross-media production expertise, and its fabulous Olson Kundig-designed studio in Chicago’s West Loop are all key components of the attraction.