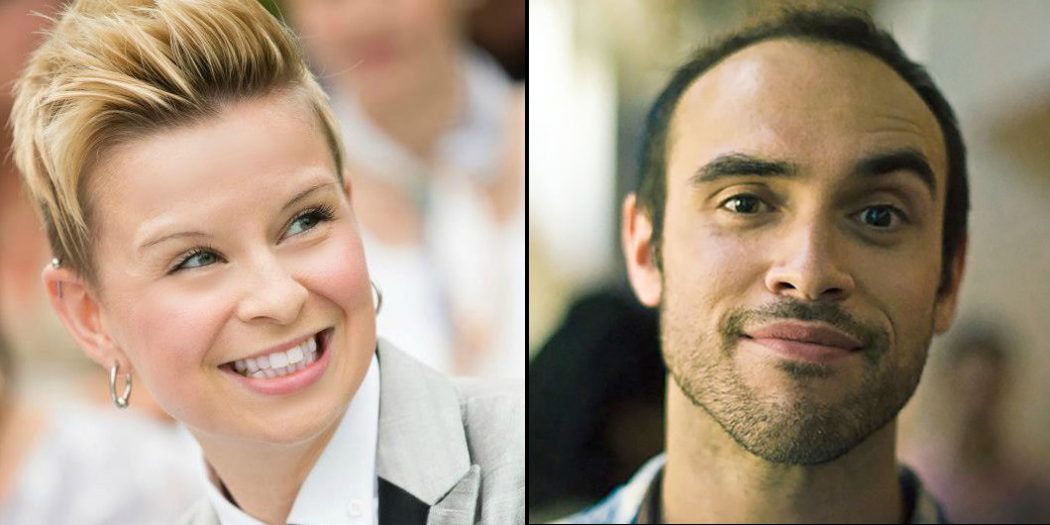 “I am so thrilled for Robyn and E.J. They are both Cinema 4D artists at the top of their game and deserve the recognition for their pursuit of artistic excellence,” – Paul Babb, president/CEO MAXON US

During NAB Show, Haddow and Hassenfratz will appear at the MAXON exhibitor booth (#SL 6324) to share insights into and techniques used on projects created with Cinema 4D. Presentations will be streamed live and archived after the show. Schedules and details are available at www.C4DLive.com.

“StudioDaily 50 pays tribute to creatives, technologists, executives and others who push the boundaries of innovation,” says Bryant Frazer, editor of StudioDaily. “We’re delighted to honor Robyn Haddow and E.J. Hassenfratz, two artists whose imagination and contributions drive our industry forward across the media industry.”

Since 2007 Haddow, a Vancouver, BC-based motion graphic artist and designer, has been creating designs for many of today’s most popular feature films and television series. For The Flash, she helped develop the look of various sets for the TV pilot which led her to work with the team at Scarab Digital for several years once the show was green lit as well as motion graphics work on Arrow, Legends of Tomorrow, and others. As a freelancer, Haddow’s work can be seen on several upcoming films in the Marvel Universe including Guardians of the Galaxy Vol.2, Spider-Man: Homecoming and Transformers: The Last Knight.

Haddow’s career also includes work creating in-game cinematics and marketing trailers for AAA games including Madden, FIFA, Batman and Deus Ex. She has also been involved in early stage ideation and exploration with the Microsoft Technology for Emerging Device team in prototyping UI and developing motion tests for the HoloLens experience.

E.J. Hassenfratz is a three-time Emmy award-winning designer and sought-after presenter speaking frequently at high-profile 3D and 2D user events and conferences around the world including NAB and Siggraph. His most recent projects include: Microsoft Invisible Revolution, VR Camping Scene, and Transamerica’s Vine Campaign.

Hassenfratz specializes in teaching motion design mainly using Cinema 4D and runs the popular 3D training blog eyedesyn.com that features his over 120 tutorials on the subject. He is also an instructor for LinkedIn Learning, Lynda.com, and Cineversity. He currently runs the Colorado C4D meet up in his hometown of Denver.

“I am so thrilled for Robyn and E.J. They are both Cinema 4D artists at the top of their game and deserve the recognition for their pursuit of artistic excellence,” says Paul Babb, president/CEO MAXON US. “We appreciate the time each devotes to our product and willingness to educate and inspire the MAXON user community at-large.”