“Fueled: A Man Called ‘Pirate’” is the latest film by production company SHIROGUMI INC.’s VFX team, who has made a number of hit movies, such as “ALWAYS: Sunset on Third Street” and “The Eternal Zero.” The same production team that created Yamazaki’s previous film, “The Eternal Zero,” the number one ranked Japanese film in 2014, gathered for the production. The new film, based on the popular novel by Naoki Hyakuta, is loosely based on the story Sazō Idemitsu, the founder of Idemitsu Kosan, a Japanese oil company. The film depicts Jozo Kunioka, who was modeled after Sazō Idemitsu, confronting various difficulties and growing his business in the middle of the 20th century. The popular actor Jyunichi Okada plays Jozo from his twenties to his nineties. 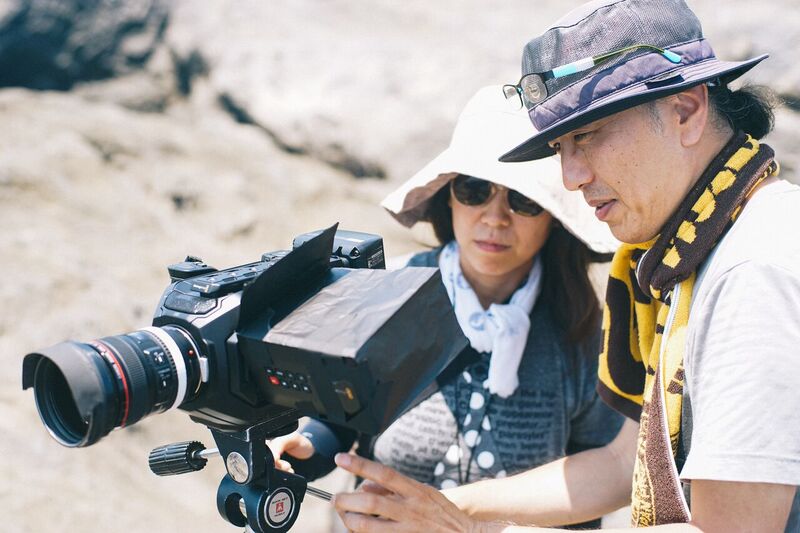 For the film, the production team used Blackmagic Design’s URSA Mini 4K to shoot background shots to match the film’s green screen shots. “The challenge was to capture VFX footage which compares favorably with other footage,” said Eisin Okubo, VFX designer at SHIROGUMI.

To shoot additional footage for VFX shots, Eisin’s team had to have a camera that was easy to use, had internal recording, 4K resolution and RAW support, and could produce footage that could be easily handled throughout post production.

“Masayuki Hosoyama from our shooting division needed to shoot additional footage for VFX shots after all other shooting was done. It was his first time to use the URSA Mini 4K, and he had only one day to prepare for the shoot and understand the characteristics of the camera, yet he was able to figure out how to use the camera easily and the shooting went well. Professional equipment is usually very complicated, which could mean making mistakes if you are not familiar with it. However, the URSA Mini 4K’s settings are simple so as long as you have basic knowledge as a cameraman,” said Eisin.

The shooting was carried out on a nearby beach. “The film’s other camera requires an external recorder and a camera assistant, which means we needed a bigger camera crew. On the other hand, the URSA Mini 4K is capable of internal recording, allowing us to carry out the shoot with minimal crew. It was a big advantage that we could check the footage right after we shot something. Also, we could use lenses we already own as it was EF mount model,” continued Eisin.

From a post production point of view, 4K and RAW support were important factors in choosing the camera. “We needed to be able to trim shots and use specific areas of the picture we wanted during the VFX process, so we needed a bigger resolution than 2K, which was the film’s delivery size. Also, CG shots were rendered in 16bit half floating point, so footage for composite shots needed a wide dynamic range of 12 stops. It was also important that we could debayer the footage ourselves correctly,” said Eisin.

Eisin team used ACES OpenColor IO for color management and delivered a 2K DCI-P3 master to post production. Data files sent to the VFX team had to be color managed, too. Characteristically for VFX, all shots had to have data for information such as color space, gamma and dynamic range.

Eisin’s team used a color checker in the color match tool in DaVinci Resolve Studio to output Linear ACES .EXR data. Through this process, they were able to efficiently bring all data to a film lab for grading. By doing so, each department could see the shots with the exact same color.

“The URSA Mini 4K was highly convenient for this shoot for the film’s VFX shots. With many requirements to clear, there is no other choice than this camera,” Eisin concluded.