This June one of the all-time motion favorites, Michael Waldron returns to the stage. MIchael is well-known to the motion community for his wild choice of sneakers and as the Director and creative force behind The Exquisite Corpse Project trilogy – a series of collaborative motion design pieces created by some of the industry’s brightest stars. TECP1 made it’s debut at motion 2014. TECP2, created for motion 2015, was honored as a Vimeo Staff Pick. TECPX – celebrating motion’s tenth anniversary last June – set the bar for creative collaboration with 17 studios from around the globe participating in the project.

In 2009, Michael spoke at motion with his partner at nailgun* Erik Van Der Wilden. They made quite the splash as they wowed everyone in attendance with their cutting edge motion design work. Since then, Michael has been a contributor at motion each and every year with crowd pleasing presentations like ‘Why Creatives Are Masochists’ and ’40 on 40’ documenting his musings on his creative career at the age of 40.

His dry wit and skewed perspective on life and art seemingly works well for him at his ‘real world’ job. Michael is (get ready for this super long title) Senior Vice President Creative Director Art and Design for Nickelodeon Group and Nick@Nite. He’s the guy in charge of all the network’s visual identity, all On-Air/Off-Air and digital campaigns, and directs shoots with Nick talent on both coasts. The man’s a genius when it comes to bringing the best out of the best! 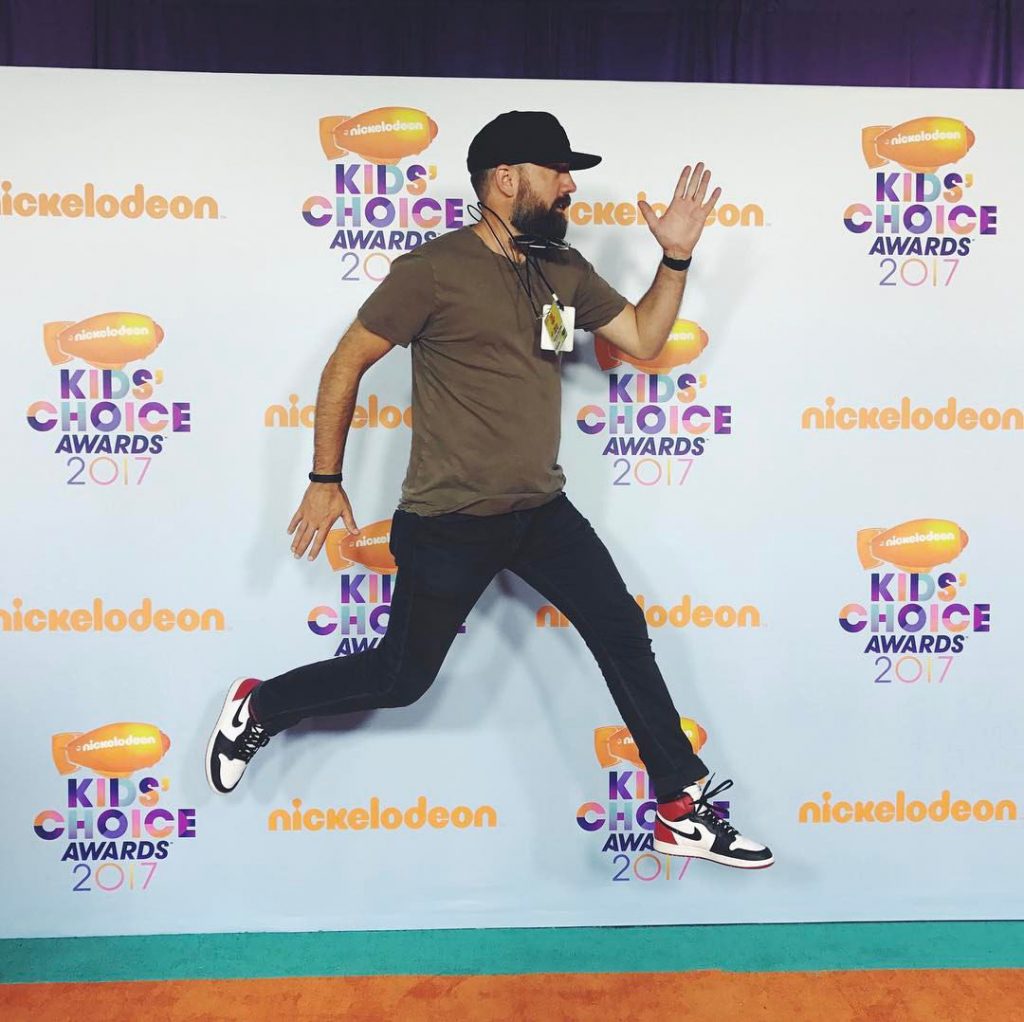 In his career, he’s worked on projects for an alphabet soup of clients ranging from ABC and HBO to PBS Kids and VH1.

Up until just recently, Michael taught motion graphics at Parsons The New School for Design in the Masters program. Humbly he says, “teaching young talent allows me to give back and also stay fresh in my own work.’

This year Michael will be speaking at motion sharing behind the scenes details into the Nick ID refresh – which launched earlier this month at the 2017 Nickelodeon Kid’s Choice Awards.

I get a kick out of wearing hats…fedoras, Panamas, ball caps – even bicycling helmets. In 2007, I co-founded motion.tv and co-produced the very first motion conference. Fast forward a decade and I’m wearing a “creative director / producer / marketing / editor / writer / curator / designer” hat. It’s kinda heavy but I like the way it feels.