A sequel to 2011’s “A Few Best Men,” the film picks up where the original left off. Four best friends, David, Tom, Graham and Luke, are in the process of celebrating David’s marriage, when Luke topples off a cliff. Though they initially find him alive and well, a giant boulder crushes and kills him shortly afterwards. It’s now up to David, Tom and Graham to bring their deceased friend’s body home to the U.K., but it proves difficult as they find themselves stranded in the middle of Australia’s uninhabited outback. Let the crazy adventures begin. 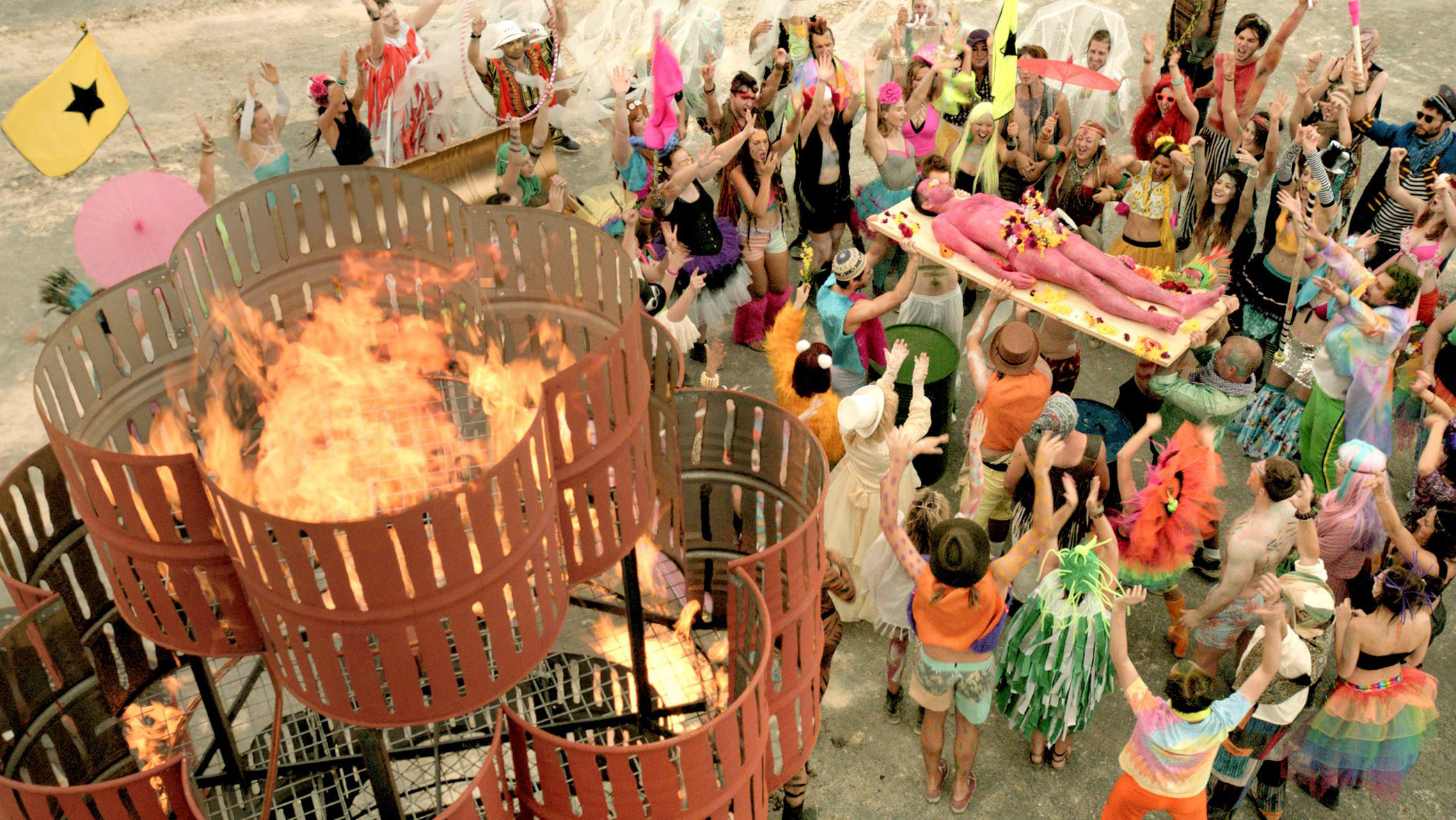 Though The Post Lounge is Brisbane owned and based, the company purpose-built a DaVinci Resolve Studio grading theater in its new Melbourne facility specifically for this project. “Given that our philosophy is to provide effective, flexible and ultimately budget-friendly services to the film production community, it’s essential to us that we invest only in equipment which is going to be effective and flexible for us – that is, it must work across as many stages of our workflows as possible, be low-cost, portable and extremely accessible to our operators,” said Steve Cooper, owner of The Post Lounge. “Resolve fits our business model perfectly, as we can utilize it for rushes transcoding, editing, online conforms, grading and even potentially creating final file-based deliverables in both our Brisbane and Melbourne facilities.”

Resolve fits our business model perfectly, as we can utilize it for rushes transcoding, editing, online conforms, grading and even potentially creating final file-based deliverables in both our Brisbane and Melbourne facilities.

As Deidre noted, “It was great to have the team in Brisbane remote into the session overnight to drop in more VFX or adjust the edit when required. DaVinci Resolve Studio is fast becoming the most ubiquitous and easily comprehendible tool for both editors and colorists, so to have a team of editors and an assistant colorist working in the background or overnight from another state in Australia was pretty impressive.”

Assisting with a few VFX shots herself, Deidre explained that with more and more tools becoming available in DaVinci Resole Studio, the line between VFX artist and colorist is blurring. “I quite enjoy proactively solving problems for my clients in the grading suite rather than waiting for another VFX delivery,” she said. “In one scene, there was the usual dilemma of sunny day vs. overcast sky while the actors were trekking through the desert. Using Resolve to help keep the scene cohesive, I layered some blue sky from a previous shot and keyed through the white sky with a graduated shape to bring the sky through from another video layer.”

In addition to finessing the overall look of the film during grading, Deidre was tasked with using color to help enhance different environments and geographies, create juxtaposition between scenes. 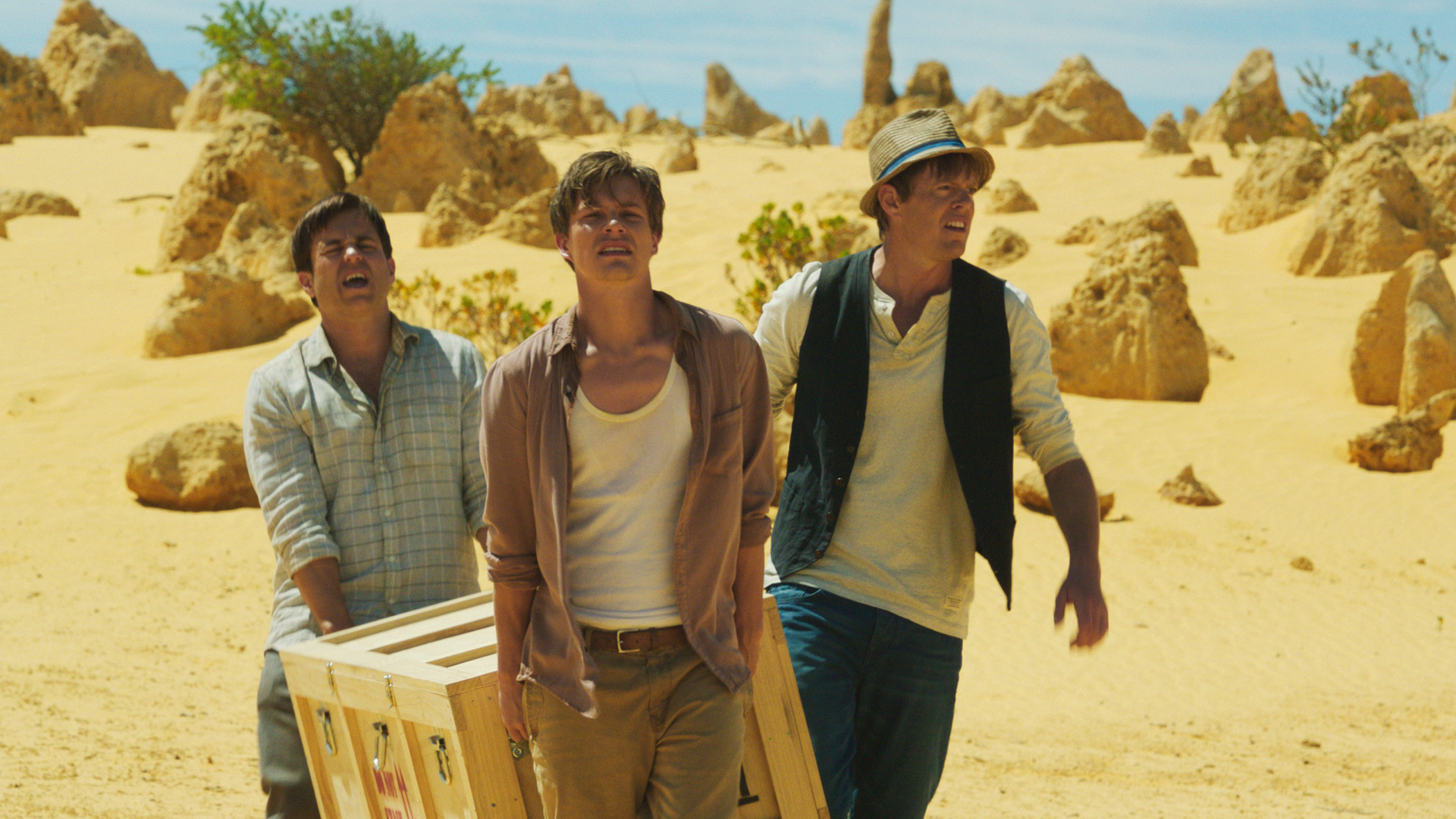 “‘Chocolate-box’ was the term we used during the grade. The overall look for the film is warm and colorful, and we wanted it to create a ‘too good to be true’ feeling,” explained Deidre. “Also, it’s the middle of Australia, and the audience needs to feel the heat. There are scenes with hyper-colored lights and the wardrobe is pretty ‘out-there’ in places too, so enhancing that was important. Juxtaposing that is a dark, almost spooky environment when we visit a stranger’s home, but that ominous darkness is quickly contrasted with a bedroom full of quirky colorful costumes.

“We worked really hard to enhance the warmth, but without creating a general wash of one color by strengthening greens and blues to help contrast,” she added. “The feeling of the film is strong saturated color, hot and sweaty, sometimes dark and a little freaky. Color also defined the different geographical locations; we cut to London a few times, so the color palette was desaturated, cool and quite dark, which helps the audience sense the coldness of the environment, as well as see the difference from Australia.”

With grading completed in just 13 days, Deidre relied on several of DaVinci Resolve Studio’s tools to maximize efficiency. She explained, “Once the balance grade was done, I found it very efficient to grab groups of shots and in the ‘post clip’ or ‘pre clip,’ create an overall look for that particular scene. If the client wanted to see the before and after, I could switch the look off and on or create multiple versions. The ‘append node to selected clips’ was also very useful. In one click, a bunch of shots got the same adjustment.”

The film’s Director, Mark Lamprell, summed up Deidre’s work on the film. “DP Steve Arnold and I set out with a very specific vision, and Deidre listened, interpreted and delivered time and time again. Whilst performing well within a brief timeframe, she also brought her own ideas and insights, and a number of times during the grading, made improvements that transcended our hopes and expectations. Quietly determined to ‘get it right,’ Deidre seemed to have an endless supply of magic grading tricks up her sleeve,” he concluded.