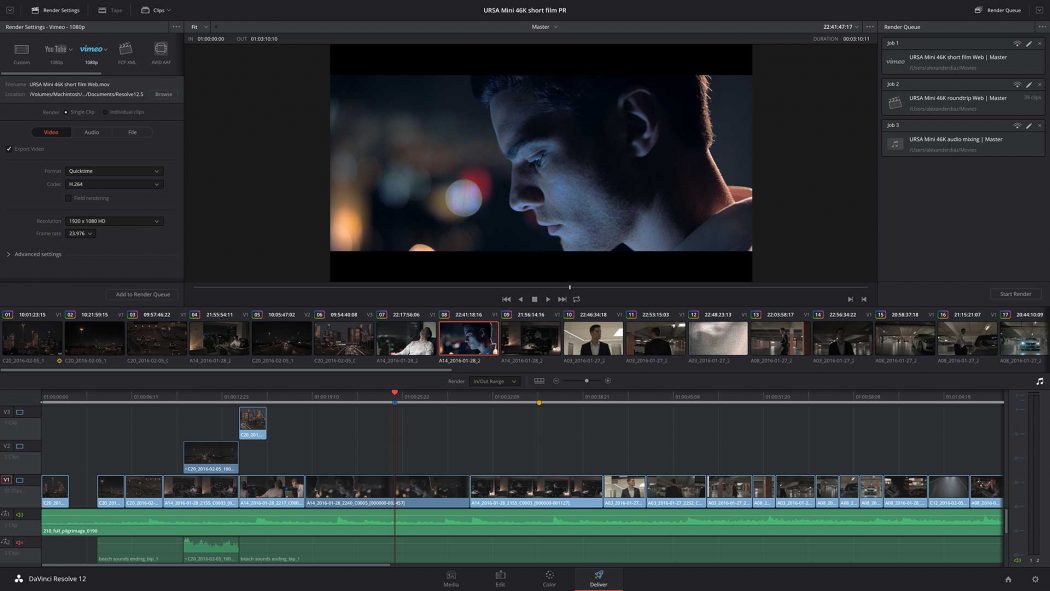 Blackmagic Design today announced that DaVinci Resolve, its professional editing and color correction software, is now available on Red Hat and CentOS Linux. This allows customers with Red Hat or CentoOS 6.8 or 7.2 systems to download and use the free version of DaVinci Resolve or the full DaVinci Resolve Studio. Adding Linux support gives customers more choice in hardware, allowing them to build extremely high performance, low cost workstations for editing and color correction. The community of DaVinci Resolve users has been fantastic at helping it quickly grow into one of the most popular editing and color correction systems in the world. As DaVinci Resolve continues to become more and more popular, customers have asked Blackmagic Design for a version that gives them the flexibility to build their own workstations. This new version gives them the same powerful features as the Mac and Windows version, but lets customers build and run the software on their own high performance systems with multiple GPUs. Customers can now build their own workstations using low cost motherboards with 8 PCIe slots, extremely fast processors, massive amounts of RAM and up to 8 GPUs, which is simply not possible on any other operating system. On Linux, DaVinci Resolve supports 2 GPUs and DaVinci Resolve Studio supports up to 8 GPUs. That means customers can start out with a small inexpensive system and then add more video cards, up to a total of 8 GPUs when they get more demanding jobs. This gives customers the freedom to build their own super computers for incredible real time performance when creating complex color grades with dozens of nodes and high resolution RAW media. By bringing DaVinci Resolve and DaVinci Resolve Studio to Linux, customers can now take advantage of the most robust, extensible, and reliable platform available. “DaVinci Resolve has been an incredible success on both Mac and Windows” said Grant Petty, CEO, Blackmagic Design. “Linux customers in production facilities around the world have been asking us for DaVinci Resolve and DaVinci Resolve Studio so we’re excited to be able to offer it to them now. With DaVinci Resolve available on all major platforms, customers can integrate it into their workflows regardless of the type of computers they use!”