“For the compositing effect to work they needed to appear to be speaking to each other and lit by the same light in the scenes,” Wayne Brejcha, Calabash Creative Director says. “Additionally, we needed to make Charlie his usual charming self, and create a photorealistic StarKist product that Candace grabs from his nimble little fins. To make all those elements come together was an exciting creative challenge for the studio.”

These guys are one of the best animation houses in the country… a small family of artists who understand attention to performance and look.

Each of the two new :15s feature a different side to Bure’s busy life and how StarKist’s Tuna & Salmon Creations® single-serve pouches fit into it, whether at work as in the spot “Action Candace” or at home as in “Making Lunches.” Both feature Charlie dropping in (quite literally) on a hook to chat with Bure and offer some tasty lunch options. 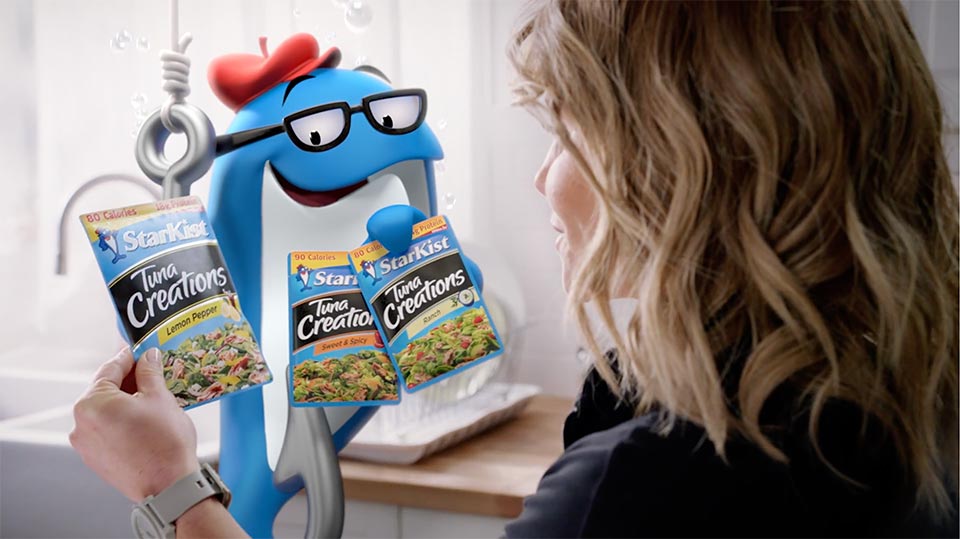 For Calabash Executive Producer Sean Henry one of the key animation challenges the new work presented was the CG model rigging that required a considerable amount of thought to give the animators enough control to match the poses conceived by agency creatives.

“The animation required a lot of corrective blend shapes in the final polishing stage,” Henry notes. “Our team of 2D and 3D animators did a great job merging the styles to come up with something that manages to bridge the gap between 2D and 3D while staying true to the character.”

Henry adds, “Acting with animated characters can be a challenge for some actors, but Candace was fantastic. The old shtick was always that Charlie wanted to be a star, so I guess he’s coming up in the world. Spaz is a dream director for animation because he knows both animation and filmmaking, and how to get every shot to connect with viewers.” 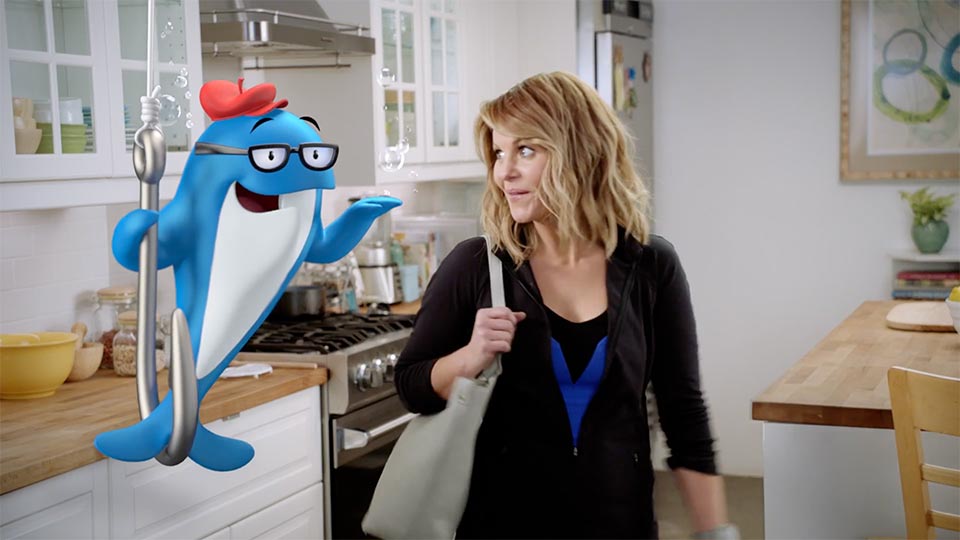 For Williams, who in addition to directing numerous ads played an instrumental role at acclaimed visual effect house Industrial Light & Magic, working on such early groundbreaking feature films such as “The Abyss,” “Jurassic Park” and “Terminator 2: Judgment Day,” notes that while Charlie has evolved over the years, the key with this project, as well as the previous StarKist spot he directed, was the role of Calabash.

“These guys are one of the best animation houses in the country,” Williams says. “Their animation skill in both classical and computer graphics is fantastic. They are character and performance guys first. They’re not a huge, bloated shop – rather a small family of artists who understand attention to performance and look.”

About Calabash Animation:
Led by Creative Director Wayne Brejcha and Executive Producer Sean Henry, Calabash Animation is the Chicago, IL-based animation production studio known for its award-winning animation for the advertising and entertainment industries. Calabash Animation is perhaps best known for their creative character animation and development of some of America’s most beloved brand icons. In addition to it advertising working, the company has also produced several acclaimed short films, including ‘’Stubble Trouble,’’ which was nominated for an Academy Award in 2002.