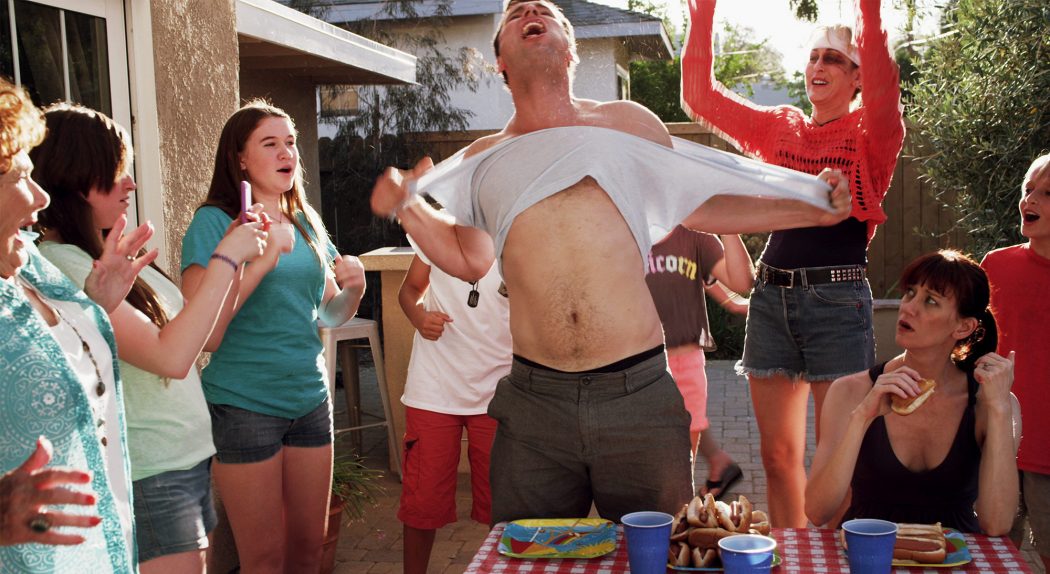 Created by series star Nicole Sobchack, “Please Tell Me I’m Adopted!” follows free-spirited, wide-eyed, disaster-magnet Tiffany (Nicole Sobchack). Tiffany loses her boyfriend, job and home all in one day and is forced to move in with her newly married sister Emma (Andie Karvelis) and Emma’s husband Bob (Ben Kacsandi). When Tiffany tries to regroup, she ropes Emma and Bob into her crazy, often culturally-current escapades with outrageous and hilarious consequences, and a parade of quirky characters follow. What began from a Second City Conservatory graduating class sketch, “Please Tell Me I’m Adopted!” was eventually reimagined as a one-off YouTube video. However, after the first production meeting, Nicole awoke the next morning with the vision that it was actually a shortform episodic series. “When it came down to it, we just wanted to make the series,” explained Chris. “What was amazing was the outpouring of support. The entire production was crowd funded by the generous support of friends, family and strangers. Because it was a DIY, indie project, we needed to keep costs down, but still get a professional workflow, which is why we chose DaVinci Resolve Studio.”

According to Chris, because it was an indie project, there were limitations on the time they could spend shooting and the resulting amount of footage. “We shot quickly, and several of DaVinci Resolve Studio’s tools were lifesavers when it came to repurposing footage,” he said. “The sharpening and blur tools made shots come alive that otherwise weren’t usable, and image stabilization was huge.” “We would find something in the trash folder and think, ‘Wait a minute, we can use that!’ We would stabilize it and zoom to cut out anything not needed. We also used temporal noise reduction,” he continued. “For example, there was one shot with three people on a couch, and we cut that into single, twos and threes, zoomed in because everything was shot in 5K, and thanks to the temporal noise reduction, you can’t tell it was done that way.”

Chris also benefitted from DaVinci Resolve Studio’s streamlined workflow. “It’s an easy-to-use NLE, and it’s laid out to be a great workflow that’s as simple as bringing footage into the media page and then moving it along through the edit page, into color and finally, delivery,” he noted.

We shot quickly, and several of DaVinci Resolve Studio’s tools were lifesavers when it came to repurposing footage…

As the Drum and Percussion Technician for Elton John, Chris completed much of post production while on tour, editing and grading in hotel rooms and even on tour buses all on a MacBook Pro using portable drives, USB hubs and Blackmagic Design’s UltraStudio Express capture and playback device.

“The whole project took roughly two years to complete, with Nicole and I doing everything in post ourselves: CGI, sound design, foley, dialogue, the score, VFX, color, editing, titles, output and mastering,” said Chris. “I would edit and grade both on tour and at home, but as the creator, Nicole had final cut on the footage. DaVinci Resolve Studio’s trim tools were great because she could provide direction in the post suite, and I could instantaneously pull left and right a little, cut back or move around to finesse the edit.” DaVinci Resolve Studio’s Power Grade album in the Gallery also aided greatly for shot creation and continuity between episodes. “Being able to reorganize the timeline on the fly based on clips, either in timeline or by timecode, was amazing. I could check multiple sections and make minute adjustments very quickly,” he added.

During grading, Chris took advantage of DaVinci Resolve Studio’s Power Windows to create dusk out of daytime, to make the characters’ faces glow to help focus the audiences’ eyes, and to enhance plot points to create mood and tone. “We wanted overall warmth because it’s a comedy and for the colors to pop naturally for some vibrant excitement,” he explained. “Power Windows with HSL qualifiers were amazing for pushing the skin tones. I could make a quick Power Window, set the HSL qualifier to match, and DaVinci Resolve Studio tracked it seamlessly.”

Chris concluded, “On a technical level, taking all the raw elements, putting them into DaVinci Resolve Studio and then seeing our vision come to life was very rewarding. On a personal level, for Nicole and I to be able to do this ourselves and be able to tinker to our hearts’ content in order to get it perfect was equally as rewarding.”