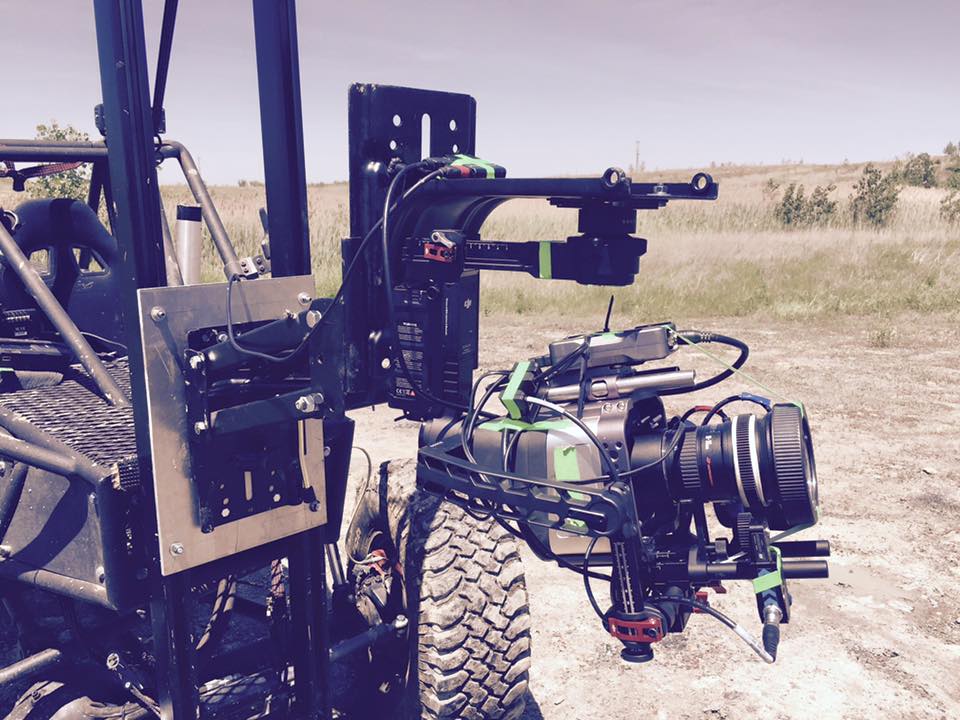 Tennyson Tanner is an award winning company that has created a huge number of national and regional television commercials and films, as well as The Driving Dead, a hugely popular public safety web series that encourages safe driving. One of the company’s hallmarks is its ability to shoot in any terrain or weather, and as part of that it has designed a number of rugged off road pursuit vehicles and camera rigs.

For the energy drink commercials, which included 30 and 60 second spots, the URSA Mini 4.6K EF was used as the A camera. In the spots, DP and founder Tennyson Tanner, focused on showing the inspiration happening at Level Seven Motorsports, an Illinois based hot rod design and body shop company.

The commercials included shots of Level Seven-built cars on the road at sunrise and sunset, tight shots of drivers in motion taken from outside and inside the cars and shots from the inside of the body shop. Lighting and motion changed dramatically throughout the spots.

“As with all of our projects, we never allow difficult locations, tough angles or motion to get in the way of getting a shot, and the URSA Mini 4.6K was perfect for getting what we needed,” said Jonah Atkins, assistant DP from Tennyson Tanner. “With the energy drink spot, the URSA Mini was tacked onto a moving car, rigged for a variety of shots showing the various parts of the inside of the body shop and on open ground at the beginning and end of the day. With each shot, the camera worked great.”

“We varied our shots between ISO 400 and 800 and shot in ProRes, and decided to shoot very flat because we knew that the URSA Mini would give us plenty to work with in post,” he continued. For the in-car shots, we loaded the camera onto a modified Ronin rig with which we devised a new battery powering system. One of the things I love about this camera is that Blackmagic designed it knowing that it had to be able to be easily modified and used with everything we could dream up. It really lets us be as creative as we can.”

“With the data we can get with this camera, we had no problem matching it with the aerial footage. In post, we were amazed at how easy it was to manipulate use the footage from the URSA Mini. After editing the first shot, we all looked around and said that we didn’t know a single reason why we would have used any other camera,” Jonah said.

Tennyson Tanner also used the URSA Mini 4.6K as the main camera on a series of commercials for the Southern Illinois Miners professional baseball team. The spots were 30 and 60 second commercials used as part of a campaign aimed at bringing fans back by the team. Tennyson Tanner used the URSA Mini 4.6K and DaVinci Resolve Studio to create an intense and dramatic feel to the spots to show consumers that change was on its way for the team.