ROOF Studio (ROOF) recently partnered with Australian electronic music duo Empire of the Sun on its music video for “High and Low,” a gorgeous, surreal visual journey into a psychedelic trip, which captures the song’s euphoric celebration of the innocence and boldness of youth.

The lead single from the band’s upcoming “Two Vines” LP, “High and Low” follows the storyline of a small group of people, as they are guided by a Shaman into the forest to indulge in the experience of mind-changing substances. Using a mix of live-action and fantastical CG animation, the film weaves together two worlds, which represent the all-encompassing psychedelic experience, and of which Empire of the Sun members serve as the “emperors.” 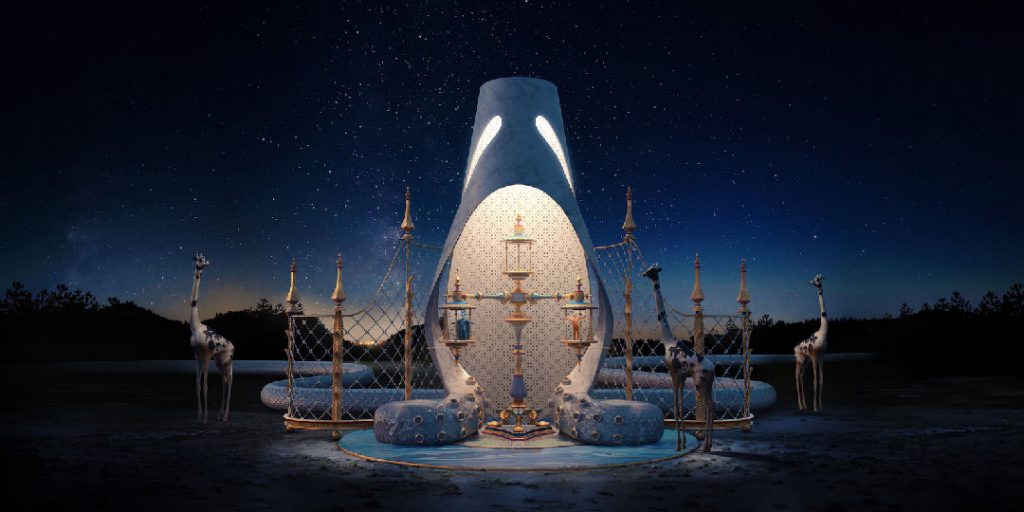 ROOF and Empire of the Sun previously worked together on the much-acclaimed Honda Civic “The Dreamer” spot via ad agency RPA, which married ROOF’s rich visual language and direction with the band’s “Walking on a Dream” track.

“We recognized that there was something special in our initial partnership,” says Vinicius Costa, ROOF Studio Co-Founder/Director. “When the band approached us to create this video, we were very excited to build on this relationship. They wanted a psychedelic film with a strong connection to nature to visually, yet indirectly, represent the mind-bending journey; however, they were open to our ideas on execution.”

This project really showcased our full range of capabilities.

The only constraints Steele and Littlemore conveyed were not to take a too-literal approach to the visualization of the lyrics. In contrast to the duo’s previous album’s desert landscape art direction, this time around, they wanted to explore a tropical environment. Initially, ROOF sought to create the entire film in CG; however, due to the limited timeframe of three weeks, they felt it was best to combine live-action with animation in order to focus on providing more than 40 realistic CG shots. This shift in direction spurred the studio to develop the natural and psychedelic narratives that tie together. 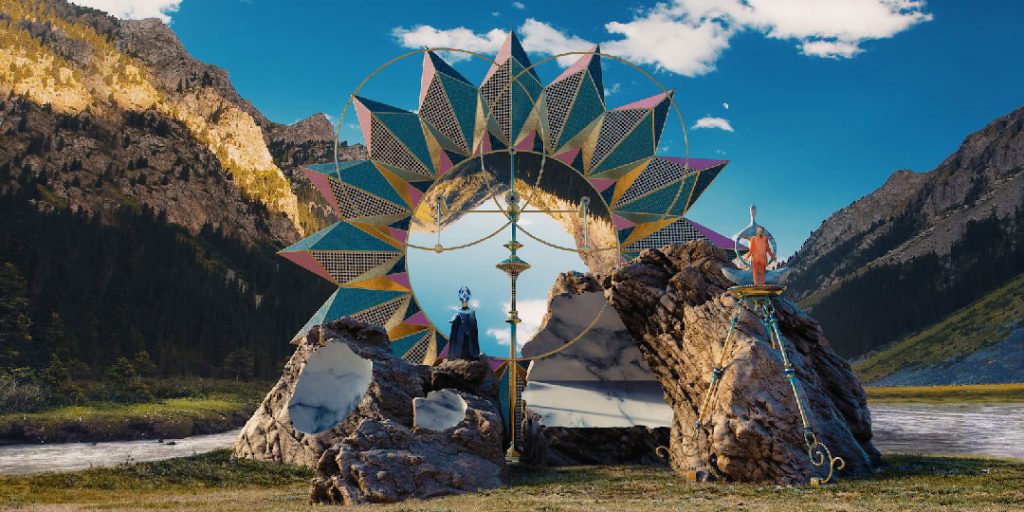 “The band came to us with a clear point of view, even referencing aspects of some of our previous work,” says Guto Terni, ROOF Studio Co-Founder/Director. “From there, we created a loose narrative based on the right balance of live-action and post-production visuals. As directors, we engage in every step of the process, from concept to storyboarding and pre-visualization to shooting, and finally, post-production and finishing. This project really showcased our full range of capabilities.” 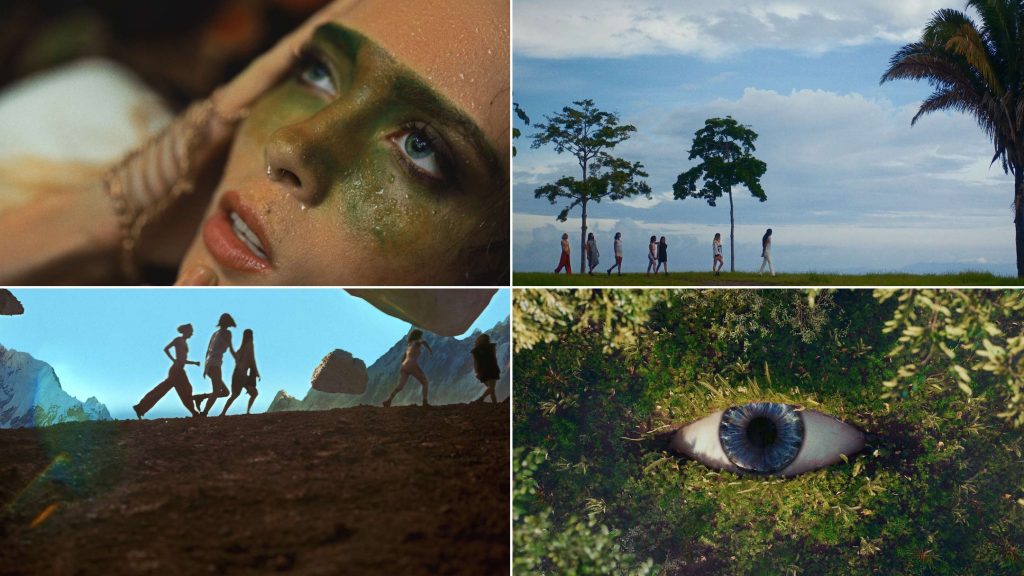 ROOF’s directors, Costa and Terni, along with Sam Mason, were on set for both live-action shoots, including the band shoot in a Los Angeles studio, and the actors and extras shoot in Costa Rica, which provided the tropical aesthetics. Citing this project as one of the studio’s most challenging to date, ROOF had one week to plan and facilitate both shoots, and then two weeks to execute the ambitious CG animation. 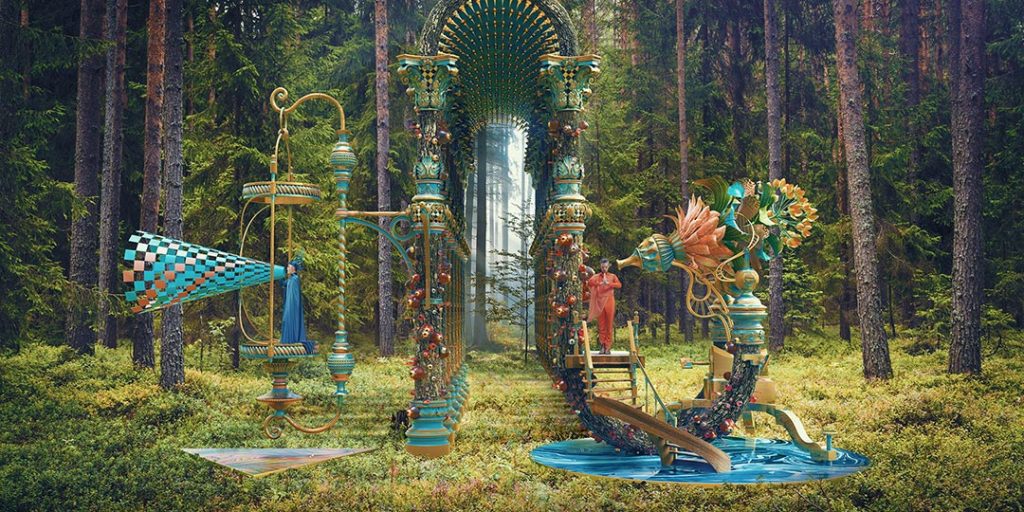 ROOF utilized a 3D scan of Steele and Littlemore through a technique called photogrammetry in order to create the telescope shot. This process created multiple images of the band in which the studio was able to generate a 3D version of its members. From there, ROOF added cloth simulation in CG to mimic wind blowing their clothes for more believability. The result is a fantastic shot in which only the band members’ faces are real, and the remaining is CG.

“Although there were many creative minds involved in producing one concept, we were able to find common ground with Empire of the Sun to create something that’s visually rich, experimental, and fun,” concludes Terni. “We had a great time responding to their brief and turning around such an incredible film.”

About ROOF Studio
ROOF is a whimsical and spirited studio established in New York City. The name is a reflection of its belief that the collaborative process between artists, agencies and clients is just as important as the final result. With all of these creative minds under one ROOF, this collaboration can facilitate the conception and production of distinct works of art.