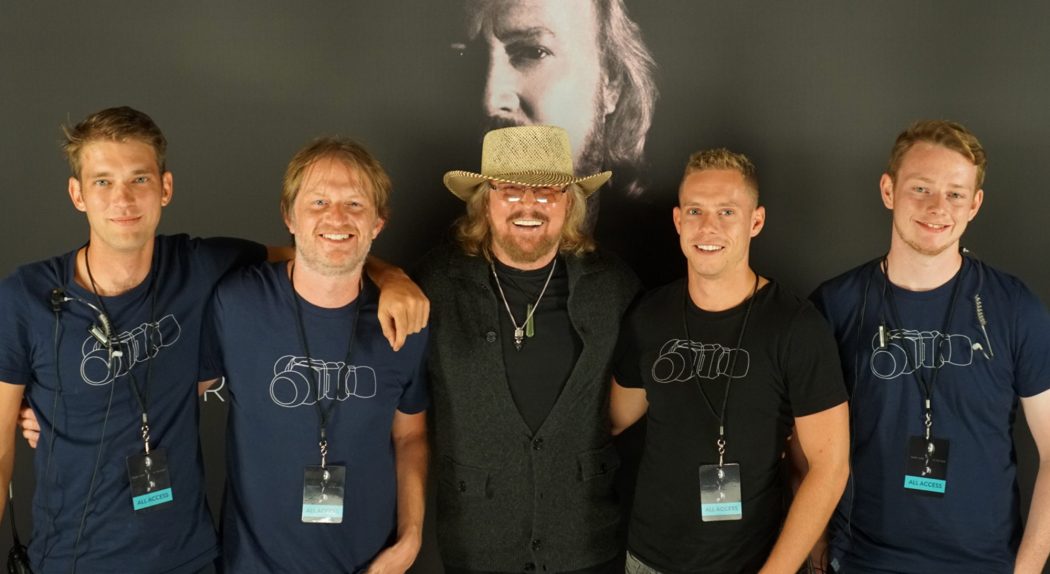 In anticipation of the October release of his upcoming album, “In The Now,” legendary Grammy award-winning singer/songwriter/producer Barry Gibb invited fans to join him virtually and in person at Miami’s legendary Hit Factory Criteria studio for an intimate performance. During the exclusive rehearsal, Gibb performed brand new material from his upcoming album, as well as classic Bee Gees songs, and also hosted a Q&A. The entire event was live streamed in 360 degrees on YouTube and www.BarryGibb.com/360, giving fans around the world a better than front row seat to this special performance.

In order to capture the 360-degree performance, Alx Klive, founder and CEO of 360 Designs, used six Micro Studio Camera 4Ks, as part of two Mini EYE™ 3 Professional 360 Camera rigs, with three cameras per rig. One rig was situated on a motion track near Gibb, which allowed for remote movement of the 360 camera setup. The other rig was positioned next to keyboardist Doug Emery, providing an alternate 360 viewpoint for the audience.

360 Designs used its own live stitching, switching, grading and encoding boxes, which feature the DeckLink 4K Extreme 12G and DeckLink SDI 4K cards, to produce the one hour live stream and has used similar setups to live 360 stream from the Oscars red carpet, among a range of other high profile events.

“Over the past 15 months, we’ve built a rock solid broadcast technology workflow for live 360 video that leverages the 6G-SDI 10-bit capabilities of the Micro Studio Camera 4K, as well as our in-house expertise in designing and manufacturing 360 camera rigs and stitching equipment, to provide the highest possible standard of live 360 video with utter reliability,” said Klive. “Coming from a broadcast background, we designed a system that works within broadcast standards and 6G-SDI. For us, this is the only way to go as these events become larger and higher profile.”

He continued, “We had an incredibly talented team, and everyone involved in the production, from the engineers, to the musicians, to Columbia Records and Sony Music, all came together to create a unique and emotional experience for Barry’s fans. We didn’t just want to create another 360 experience; we wanted an intimate, live event where 360 was the focus instead of an add-on to traditional 2D production. Thanks to Barry’s enthusiasm for the project, we were able to plan ahead and design the production to work well for 360. We were able to get the Micro Studio Camera 4Ks much closer to the action than ever before, which was unprecedented and made a huge difference to the quality of the output.”

“This is an incredible technology which immerses you completely in the performance itself,” said Barry Gibb. “Pretty scary really when you’re being streamed around the world, but as kids Maurice, Robin and I always had to perform on live television. You could never previously record anything. Hats off to the 360 Designs team.”