The morning air had a bit of crispness to it, even by Brazilian standards. It was early Spring and the sun had just begun to warm the streets of Juiz de Fora, where Paulo Beto lived. Because it was Saturday, Paulo lay fast asleep, taking advantage of a break from his early morning school routine.

Without notice, he sprung from the bed as his deep sleep was shattered by the sound of a spaceship landing nearby. The sound was so close, Paulo swore it was in his backyard. At merely 12 years of age, a sense of fear overtook the young boy.

Little did he know, that this life changing experience would influence who we was to become.

Frightened but curious, Paulo quickly ran down the hall towards the backdoor. Even though he could feel his heart pounding throughout his body, his fascination for sci-fi won out over fear. He quietly opened the back door, and that’s when he came face to face with…his brother and a friend washing the car. The radio was cranked up full blast playing ‘Antenna‘ by Kraftwerk.

While the music may have been ‘alien’ to Paulo at the time, it set the tone for his lifelong passion for music.

This past June, Paulo was one of a handful of artists invited to participate in the motion 2016 Pure Imagination Project.

This was the brief given to each artist:

Paulo took the brief and ran with it. The results were nothing short of extraordinary. We spoke with Paulo about the project – and his life as an analog synth musician. 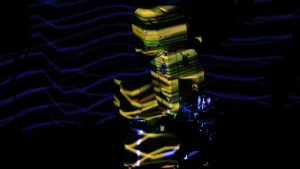 elaine@motion: Paulo, when we spoke you shared the story about the spaceship. Was that really where your life as a musician began?

Paulo Beto: Yes. It was a true story. I really did think it was a spaceship! I was a child during the Cold War and was afraid of the “red phone” – not to mention the potential invasion by aliens. My interests as a child centered around design, horror and science fiction. So you can see where my imagination could run with this. Sure. A spaceship could be landing in my backyard! Because of this, I would say music chose me.

That morning when I heard the music of Kraftwerk I became obsessed with electronic music. One year I received a Moog for my birthday – and won a guitar! From there I made the long journey learning music to actually having contact with the knobs of electronic equipment. 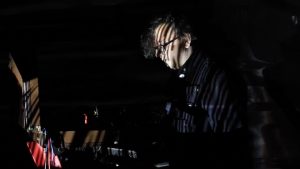 elaine@motion: You mention the long journey into learning music. As I recall, you made the choice to have a well rounded foundation in music, correct?

Paulo Beto: That’s correct. I established a strong foundation in music by learning classical guitar, Bossa Nova and rock. I was a huge fan of Laurie Anderson, the Neubauten Einstüzende and Cabaret Voltaire. At the same time, I loved the music of Cold Cut and Bomb The Bass. I formed a hybrid foundation. I found that many of my favorite artists were influenced by classical composers, which for me was fascinating.

elaine@motion: When did you officially transition to electronic music? 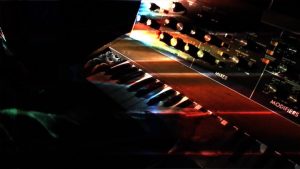 Paulo Beto: Even though I worked as a Dj my entry into electronic music was not through dance music. Ultimately it was influenced by my foundation in music and from the musicians I was listening to.

elaine@motion: Why did you decide to go with analog synth instead of the modern day digital synths?

Paulo Beto: There is a huge difference in sound. And to me, that makes all the difference in the world. Perhaps it’s my classical background, but analog synth is so much more beautiful – and powerful.

elaine@motion: How do you define electronic music? 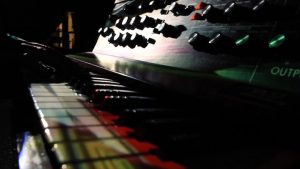 Paulo Beto: I’d define electronic music as the latest musical language in the history of our civilization. It has its own characteristics that expand the way we write and think about music. Electronic music includes a combination of musical and non-musical sounds. It goes beyond established classical and formal structure, and because of the technology provides musical possibilities that would be impossible for humans without these amazing machines.

elaine@motion: What are your recommendations for those interested in learning synth music?

Paulo Beto: Make sure you have a strong foundation in music. This way, you’ll have a better understanding of what you’re doing. If you have an understanding of the language of electronic music, your results will go well beyond the limitations of your resources. Often the machines control – more than are controlled. Make sure it is the other way around. 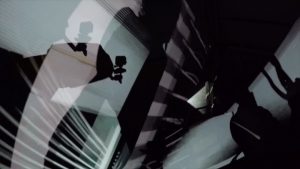 elaine@motion: This year your were invited to participate in motion‘s Pure Imagination Project. I absolutely love your final piece. How did you come up with the idea?

Paulo Beto: First off, I need to say that I’m a huge fan of the original film, Willy Wonka and The Chocolate Factory. I think the entire music track of the film is very good. It’s challenging to adapt a song to a different musical language, especially one like Pure Imagination, since it is so well known and is rich with meaning and feelings. But it’s exactly the kind of challenge I enjoy taking on.

I imagined a variety of different ways to do the song, but ultimately, my dream was to perform it with my group, Anvil FX – complete with vocals and lyrics. So I called upon the talent of my musical partners Bibiana and Juliana. 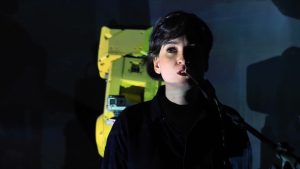 elaine@motion: Juliana, were you familiar with the song Pure Imagination before you performed with Paulo?

Juliana R.: No. In fact, I didn’t know much about the original song, so Paulo’s version was fresh for me. When he came up with the idea, we talked about adding some industrial sounds – make it a more ‘edgy’ version, while maintaining an atmosphere of magic through soft vocals.

Bibiana: In Brazil, we’re used to listening to – and singing songs in English. Of course there’s always a bit of difficulty with certain pronunciations, and we tend to have an accent. But I don’t see this as a problem. Instead, I see it as a trademark of our style. 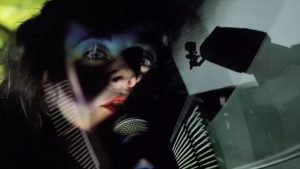 While my native language is Portuguese, because I lived in France for about 6 years, French is my second language. So at times, when I sing in English I have a unique blend of a French and Portuguese accent.

It was great adding Juliana’s vocals to the mix during the chorus where the range is higher, since my voice is low. We jokingly considered making a Portuguese version, but thought it would be better to stick to the original English version.

elaine@motion: Paulo – your role is usually as the musician or sound designer. Did you direct and edit this piece as well?

Paulo Beto: Not with this particular project. Instead, I took the opportunity to invite my friends from Modular Dreams – a duo of video artists who produce projects combining analog synthesizers with video. We frequently work together VJing live performances as well as other special projects. Surprisingly, Pure Imagination was the first film we worked on together. 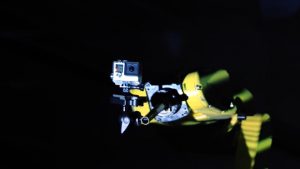 elaine@motion: Who worked on the project and what were their roles?

Paulo Beto: I basically did the musical arrangement and created the sound concept. I also came up with the concept to film part of it in LOBO’s studio because I knew they had a robot camera that would be a great addition to the project. I thought the robot camera would be an interesting character to use visually, along with it’s uniquely robotic movements. Lee, a friend who works at LOBO, did a fantastic job programming the movements of the robot camera.

Other than the robot segments, the rest was shot and produced at Modular Dreams.

elaine@motion: How long did it take to complete the project? 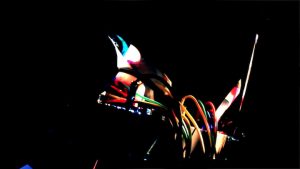 Paulo Beto: All in all, it was pretty quick. We did the musical production in about a week. It took about 6 hours to film and another week to edit.

elaine@motion: Paulo, Bibiana, and Juliana – thanks for sharing your time with us – and thank you for your creative and inspiring cover of Pure Imagination. Thanks again for being part of the motion community, and we look forward to seeing more from you in the future!