After “Independence Day” redefined the event movie genre, the next epic chapter, “Independence Day: Resurgence” delivers global spectacle on an unimaginable scale. Using recovered alien technology, the nations of Earth have collaborated on an immense defense program to protect the planet. But nothing can prepare us for the aliens’ advanced and unprecedented force. Only the ingenuity of a few brave men and women can bring our world back from the brink of extinction. The film stars Liam Hemsworth, Jeff Goldblum, Bill Pullman and more. Led by the film’s VFX producer Marc Weigert and VFX supervisor Volker Engel, the Uncharted Territory team used an URSA Mini 4.6K to capture VFX plates for two of the film’s key sequences. The first focused on people’s reaction to destruction raining down from the alien invasion. To capture the chaos, the team set up a shoot of a crowd fleeing the incoming spaceship and debris.

Bryan Grill, VFX Supervisor at Scanline VFX, worked with the Uncharted Territory team on the shoot. “We didn’t have a blue screen, so we were hoping for blue skies to shoot against. Unfortunately, the weather didn’t cooperate and it was an overcast day, so we knew a lot of rotoscope would be needed when bringing in the footage,” said Grill. “Fortunately, the URSA Mini 4.6K gave us plenty of range with its RAW footage and it really helped us in the post process. We could easily convert the RAW images to linear images and have them work in our pipeline. The URSA Mini 4.6K had everything we needed to capture the elements for the shot.”

The second sequence was to capture a crowd as they listened to President Lanford’s address (played by Sela Ward) on the Capitol Mall outside the White House. The original footage of Lanford’s speech was shot on a blue screen stage, so the Uncharted Territory team needed the VFX plate footage to be high quality to match. For that, they turned to the URSA Mini 4.6K. 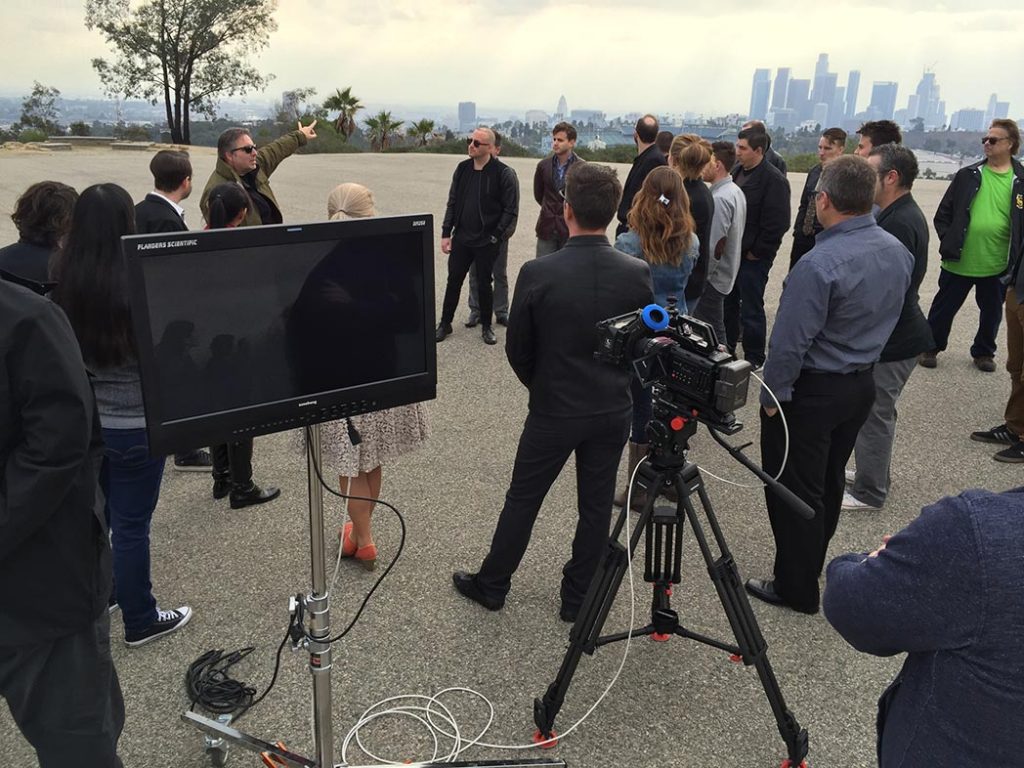 “We needed to have a lot of latitude with the footage because the elements were going to be used in multiple ways. They had to be able to be shrunk, enlarged, stretched, cut out, moved around, however we needed it,” explained Douglas Hans Smith, additional VFX Supervisor for the film. “Since the crowd was going to be placed around the President on all sides, we needed to use multiple lighting scenarios to capture different angles so they’d match the sun in the shot. We shot outdoors on an exterior blue screen stage and we ended up doing more than twenty setups that day to get everything that we needed.”

“Since we were doing so many different setups, we were cycling people through really quickly. Agility was key, and the URSA Mini 4.6K’s size really came in handy. With the camera, we were able to run around and quickly get the shots we needed so we could move on to the next setup,” Smith continued. “When planning the shoot, we were a little nervous about the lighting because there was a lot of contrast and some of it was very harsh with the backlight. We didn’t want it to clip or for the highlights to peak, but ultimately we had no cause to worry because the URSA Mini 4.6K did beautifully and the highlights were perfect. The camera’s dynamic range was a life saver.” 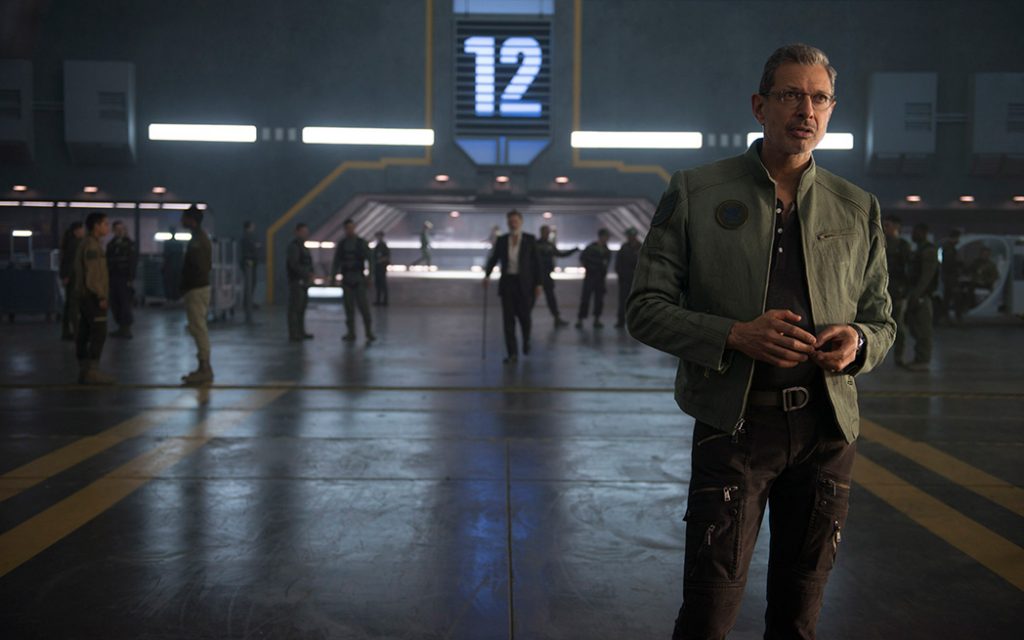