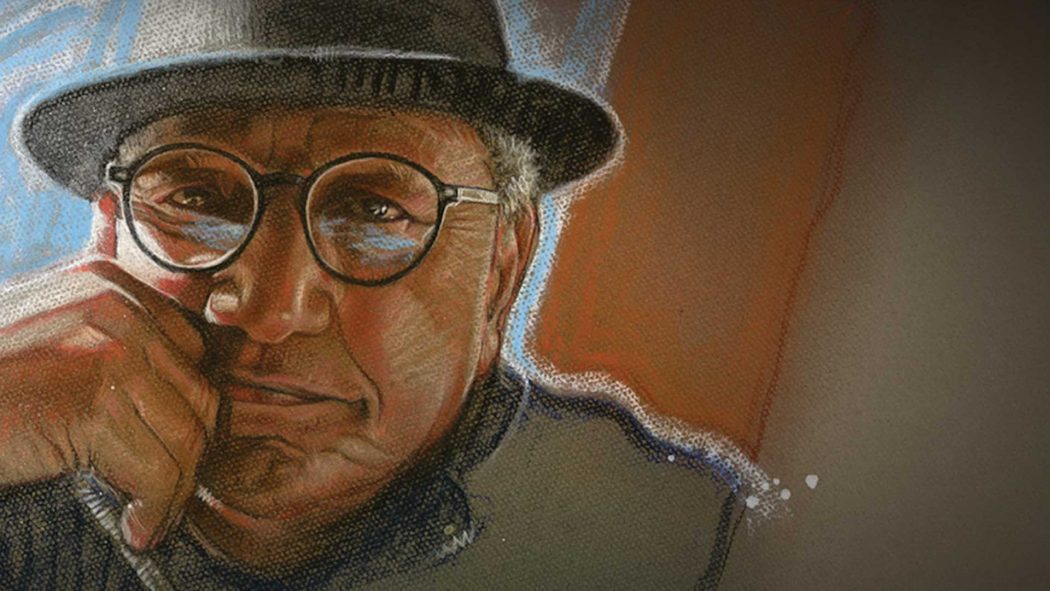 motion 2016 guests were treated to an extraordinary experience this past June in Santa Fe as legendary Disney animator Floyd Norman captivated the audience. During a special one hour Armchair Animators segment, animators Greg Gunn and Stanton Cruse joined Floyd on stage in a pseudo ‘Starbucks atmosphere’ to demonstrate that creativity can happen virtually – anywhere. Take for instance – meeting a group of friends at a local coffee shop to sit around and animate as you chat with one another.

Unbeknownst to anyone, as Floyd simultaneously carried on a conversation with the other two animators while drawing characters in his sketch pad, he also was storyboarding a 3-minute short he was creating in his head. Now that’s multitasking.

The story centered around Mike and Sully from Monsters Inc. – the Pixar animated feature Floyd worked on – and their adventures to “ScareBucks”, creatively paralleling the onstage coffee shop set. Needless to say, at 81 years young, Floyd’s mind could run circles around most of those in the audience who were less than half his age.

Floyd Norman: An Animated Life had yet to be released last June during motion, but I’m excited to announce that the movie is now available for purchase on iTunes and on BluRay. While you’re there, check out the “Floyder with Floyd” contest!

Who knows…maybe Floyd will even autograph your copy for you next year at motion 2017!

An intimate journey through the life and career of 80-year-old Floyd Norman, the first African-American animator at Disney Studios. Norman began his Disney career as an ‘inbetweener’ on Sleeping Beauty, eventually rising to develop the story for The Jungle Book. After Walt Disney’s death in 1966, Norman left Disney to found Vignette Films, where he developed the original Fat Albert TV special and produced segments for Sesame Street. Still tirelessly working on projects for Disney and Pixar, Floyd Norman is the “Supermensch” of animation: everywhere you look in animation history, you find Floyd.