Blackmagic Design announced that URSA Mini 4K digital film camera was used to shoot a number of high profile interviews with some of the world’s biggest bands as part of the HeartSupport community program. Blackmagic Production Camera 4K and Pocket Cinema Camera, along with Video Assists, were also used to shoot live concert footage of international heavy metal band August Burns Red at the recent Self Help Fest.

HeartSupport is an organization formed by Jake Luhrs, the lead singer of August Burns Red, which helps fans find a way to help themselves through a variety of personal issues, including depression, addiction, hurt, abuse, broken relationships, suicide, bullying and self-harm. HeartSupport’s worldwide community is connected via the Internet, and bands, such as Beartooth, Underoath, Black Veil Brides and Crown The Empire, often share video interviews with the community offering advice on how they cope and heal.

Casey Faris and Dan Bernard, with their Oregon-based company Release The Hounds handle video production for HeartSupport, including all live interviews with bands and gathering concert footage from August Burns Red. They need to be able to travel quickly and light, moving from hotels to sound stages and to music festivals all over the country.

“For this type of production, I need to be able to carry the entire camera and rig by myself and set up and shoot whenever I can. The URSA Mini 4K has been amazing and is perfect for this, especially at the recent Self Help Fest,” said Casey.

The Self Help Fest music festival was held in California in April 2016 and brought together a number of different bands and musical styles to help promote the idea of finding ways to help people help themselves. “At Self Help, I shot all over. From in back where the bands were warming up to right in front of the stage in front of the mosh pit. And trust me, shooting camera footage inches from a mosh pit makes you realize that your camera and rig had better not be in the way,” Casey explained.

At Self Help, Casey also shot interviews with the bands UnderOath, Tonight Alive and Crown the Empire with the URSA Mini 4K for the HeartSupport website. Following these interviews, Casey shot August Burns Red’s live set from in front of the stage, where he used the Production Camera 4K and Pocket Cinema Camera, each with a Video Assist.

“The URSA Mini 4K is small and light, but in this case, I needed to get into an incredibly tight spot and get right up close and personal with the band with the mosh pit right behind me. I shot in ISO 800 with both cameras and got amazing footage,” he said.“ 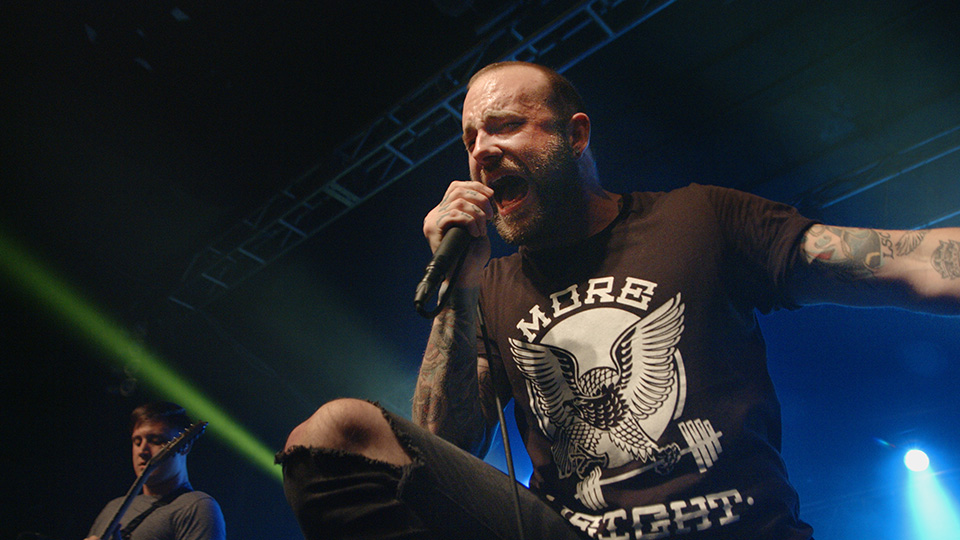 At a festival and with the bands, you have to grab them when they have five minutes free. If the lighting is bad, you go with it. If the background in the shot is corrugated metal walls that cast shadows, you go with it. So you have to have faith that your camera is going to get the shots you need the first time,” concluded Casey. “The URSA Mini 4K worked amazingly and is an all-in-one package. I didn’t have to carry around a big rig, and everything I needed to make sure the shot was perfect was right at my fingertips.”

Casey shot the interviews in ProRes LT at ISO 800 with Sigma 17-50mm lenses and graded them after the event using DaVinci Resolve.