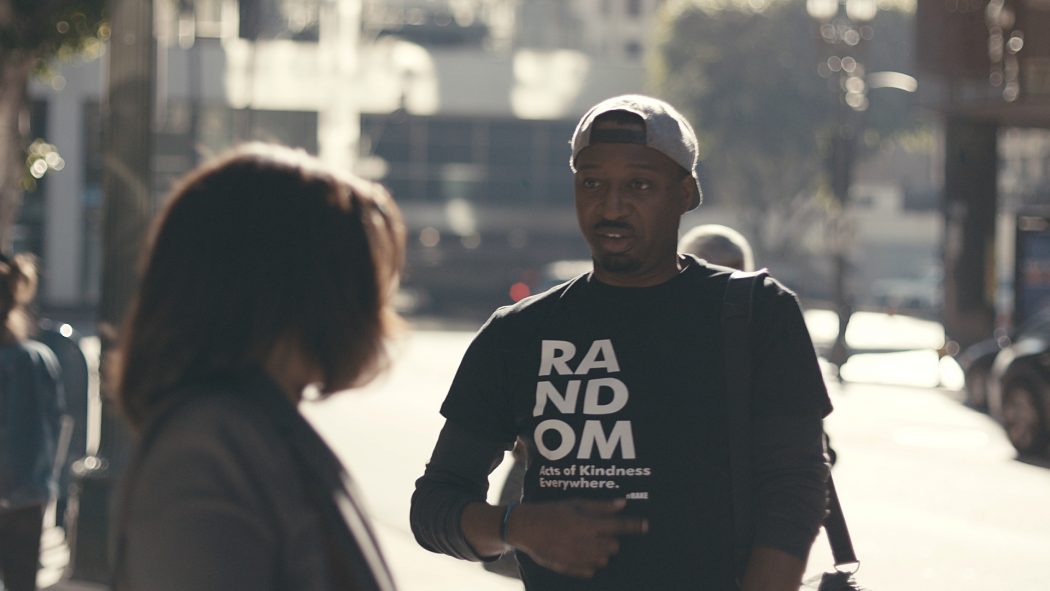 Burrell Communications is skilled at crafting commercials with a brand message grounded in real-life situations that strike a chord with their target market. The award-winning agency pioneered the approach in the ‘70s, coining it ‘positive realism,’ introducing a genre of storytelling that sparked a new trend in advertising, and continues to strengthen the connection between brands and consumers three decades later.

‘It’s funny how the littlest things can change somebody’s day, perhaps even their life.

The McDonald’s spot, ‘40,000 Friends’ showcases Burrell’s deftness at creating compelling documentary-style, targeted ads, tapping the considerable talents of iconic director, Bob Giraldi to bring its script to life. A previous McDonald’s spot out the agency, entitled ‘Good Things,’ called upon the skills of another lauded veteran director and DP, Joe Pytka, who brought his honed aesthetic to the crafting of its real-life inspired story.

Driven by agency’s sharply contrasting concepts for the two commercials – and the directors’ powerful cinematic storytelling styles – creative editor Bob Ackerman, of The Colonie, wove together a pair of inspiring commercials that take very different approaches to delivering a shared message about the power of community spirit.The Chicago-based agency’s concept for the spot, ‘40,000 Friends,’ is an uplifting story that chronicles a day in the life of Rick Smith, founder of #RAKE (Random Acts of Kindness,) and an individual who shares McDonald’s commitment to communities.Giraldi’s documentary-style contrasts the gritty, impersonal feel of the city with the generous, open-heartedness of #Rake’s mission. Shot in one day at multiple locations throughout Los Angeles, the footage was then delivered to The Colonie in Chicago, where Ackerman cut a :60 and :30 version of the spot.

Burrell team collaborated with the editor, along with Giraldi, who maintained communication with throughout the postproduction process.’40,000 Friends’ opens with Rick, clad in a tee-shirt that reads, ‘RANDOM Acts of Kindness,’ and follows him through the city as he connects with a mix of people, giving each one something to enrich their day. The voiceover explains his mission: ‘It’s funny how the littlest things can change somebody’s day, perhaps even their life. My little thing started with a tweet and ended with a movement. Now I’m traveling with that movement across the country.’Every act of goodwill is a personal triumph for Rick, fueling his commitment to making a difference in the community – one person at a time – while encouraging others to ‘pay it forward.’ When a Tweet alerts him of a Pajama Drive, Rick heads for it, bringing a couple of bags of McDonald’s to help sustain the volunteers. The voiceover subtly makes the connection between his story and the brand: ‘Like Rick, McDonald’s knows what it means to be deeply rooted in communities everywhere.’

For ‘Good Things,’ Burrell takes a very differ approach with a story that opens with a group of African-American teenagers hanging out in on a city street corner, spray paint cans in hand. Acclaimed director Joe Pytka’s filmic-style, and its unflinching, gritty urban realism establish the spot’s dark, foreboding tone – giving no hint of a potentially positive outcome. However, as the evening plays out, the scenario takes an optimistic turn.“Much like any documentary-style film project, the editor’s role is to take the most meaningful moments and intertwine them into a story that engages and informs the viewer,” says Ackerman, who has worked with the agency on numerous McDonald’s campaigns and cut over a dozen spots directed by Pytka and Giraldi. “Burrell EVP/CCO, Lewis Williams, and the agency’s GCD, Lisa McDonnell, are masters at crafting spots that distil the essence of a brand’s message into real-life stories with an engaging film-like quality that draws in and inspires its audience,” adds the editor. “The level of creativity that they bring to each commercial – and the trust that we’ve built with them over the years – always results in something special. Adding footage crafted by two of the industry’s most gifted director to the mix made cutting these spots a true pleasure.”