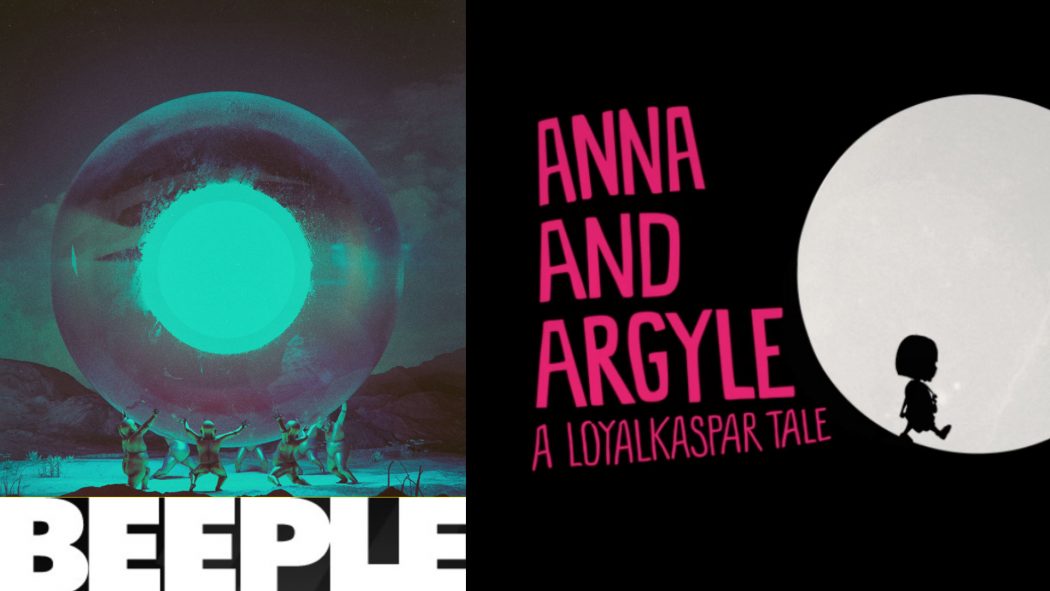 Passion Projects II : From Beeple to Anna and Argyle

For motion designers, passion projects take all forms. Some artists pursue passion projects as a means to focus on learning new techniques or push their skills to the next level. Mike Winkelman, better known to us as ‘Beeple’ is the perfect example of this. Mind you, I said ‘perfect‘. He’s definitely not your ‘typical’ example of a creative who takes on a passion project. Far from it.

Nine years ago – almost to the day, Mike committed to making something visual every single day. Unlike most people who challenge themselves to do something daily – Mike didn’t define an end date. Not only has he achieved his goal without missing a single day – he’s still going strong. Amazing.

What’s even more amazing is just how much his skills and creativity have grown over the years. Don’t get me wrong – Mike was very talented to begin with. But nine years later, I must say – he’s remarkable.

For both Beeple and the creatives behind 9 Squares, they chose passion projects in which the final results is a medium that’s part of their everyday world – video. Beeple has stepped out a bit and expanded into art prints as well. But for some creatives who embark on passion projects, their goal is to use their skills as a motion designer – in a medium in which they’re not accustomed.

Coloring Outside the Lines

That was the case for Beat Baudenbacher, co-founder + chief creative officer at NYC based loyalkaspar. Beat’s goal was to combine the timeless simplicity of a storybook – with the immersive power of modern technology. Six years later, the result is the beautiful work we see in Anna and Argyle: A Digital Tale for Kids.

It started out as an ordinary day in the office, not unlike any other day. But on this particular day, the question on Beat’s mind was “where do all the socks go?” Ok, out of context this might sound like Beat must have had a wild weekend – but if you have kids, you know where he was coming from. It was then, Beat realized he had found the universal theme for the story that was to be told.

Socks are supposed to come in perfect pairs.

Socks are supposed to come in perfect pairs. But we know that’s not always the case. So just where do all of the socks go? That’s the question that Anna sets out to answer in the beautifully animated iOS storybook app.

On a quest to find her lost sock, Anna ventures from her family’s laundromat in Brooklyn to the wild and woven world just beyond the rumbling, tumbling machines, discovering that perfect pairs don’t always match.

The Skills of a Filmmaker: Applied to Storybooks

Beat and his team looked at a lot of storybook apps for children. What they found is that the majority of the apps were simply converted PDFs – with minimal interactivity or animation. Bemused by the thought that creatives hadn’t taken this platform to the next level, Beat decided to step up to the plate.

Beat applied his skills as a filmmaker to the world of storybooks. Anna and Argyle combines practical sets with computer generated elements to create a one-of-a-kind cinematic storybook experience. The process followed that of creating a full-feature animation.

Anna and Argyle is unlike any storybook that was ever written. It’s taken the concept of what a storybook can be – to a whole new level.

In the first sentence, I provided my definition of a motion passion project: amazing work, by talented motion designers – no clients attached. Passion projects have been a focus of ours at motion conference for many years because of the important role they play in helping creatives achieve their dreams. In hearing the stories behind the passion projects undertaken by creatives that we look up to in the industry, we learn from their insight and are inspired to take on our own passion projects.

Does this sound like you? This is elaine montoya – co-founder of motion. I invite you to join us this year for the 10th anniversary edition of motion, and learn from the insight and wisdom of creatives that inspire you. Beat Baudenbacher will be sharing his passion project: Anna and Argyle, live on the motion stage. Not only will you be able to experience this piece up close and personal, you’ll understand what Beat means when he says:

Embrace imperfection –
because that’s what makes us all human.