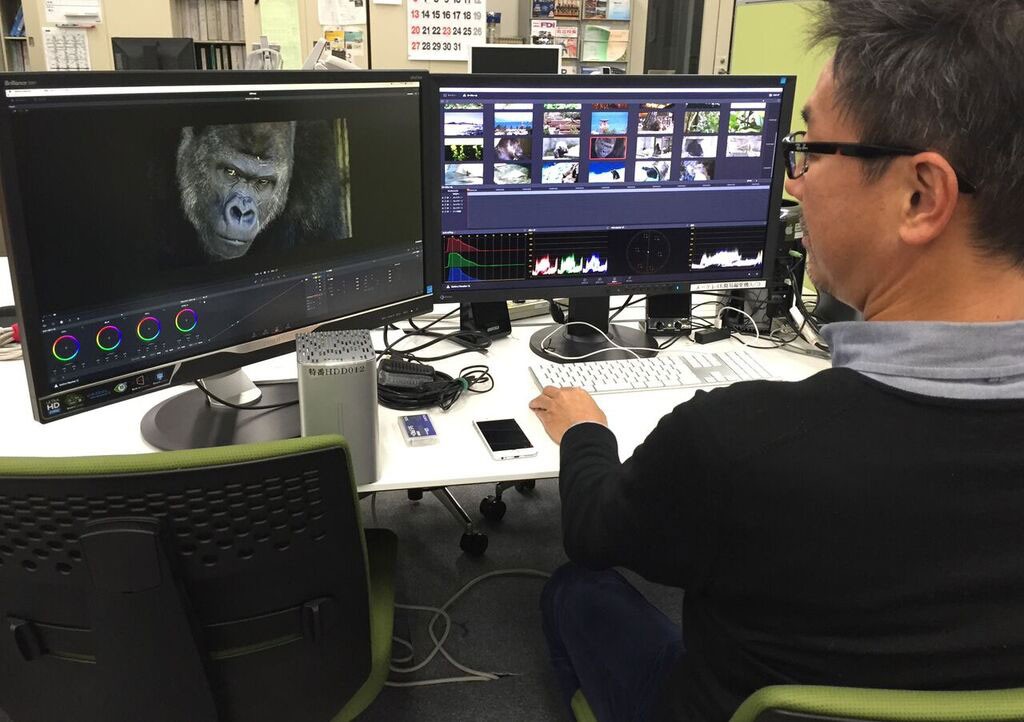 The new suite, which has been built in Nagoya TV’s main production and post facility, is built around DaVinci Resolve Studio to provide color grading for the station’s new 4K and HDR content. Smart Videohub 40×40 and Videohub Smart Control are used to route media to and from the suite and to manage the various feeds in the suite.

Blackmagic products are affordable and well designed. I like its simple set up and easy to see front panel design

Minoru Murata, manager of the technology strategy department at Nagoya TV, spoke about the recent installation of DaVinci Resolve Studio,”We are encouraged to create more 4K content, so building infrastructure for 4K production has been requested. This suite is compatible with our 2K edit suite and is equipped with 4K ready equipment. We also installed DaVinci Resolve Studio and a 4K master monitor to offer grading services. The DaVinci Resolve Studio is not only for grading. It also supports various kinds of format such as OpenEXR and HDRx, so we can rely on DaVinci Resolve Studio to ingest any footage brought to us.”

“We installed Smart Videohub, which has 40 inputs and outputs, allowing us to route 4K and HD flexibly and increase efficiency in editing,” said Murata. “The suite receives mixed video feeds of both HD and 4K, and the SmartVideohub is used to ensure efficient and easily manage control over the workflow. Once editing starts, we can easily switch five inputs of quad-Link 4K feed and three HD inputs with little awareness of us handling 4K material, reducing the operators’ burden to handle complicated video sources.”

DaVinci Resolve Studio is integral to Nagoya TV’s work with new HDR content as well. ”We are working on content creation using HDR material, which many people in this industry are interested in,” said Murata. “DaVinci Resolve Studio supporting HDR means a lot to our new agenda for HDR and I think it can make HDR production more efficient. We are making HDR content for the NexTV F (Next Generation Television & Broadcasting Promotion Forum) to verify and evaluate technical specifications related to next generation broadcasting service, and we used DaVinci Resolve Studio for it’s grading.”

Nagoya TV also uses a number of other Blackmagic Design products, such as Smart Videohub CleanSwich 12 x 12. “We purchased the CleanSwitch for outdoor events and location shooting. For example, we used it for our autumn festival 2015 event to switch 4K cameras and 4K players, CGs in real time and project it to mobile 4K multi monitors. The CleanSwitch allowed us to make the system very simple.

“Blackmagic products are affordable and well designed. I like its simple set up and easy to see front panel design,” concluded Murata.