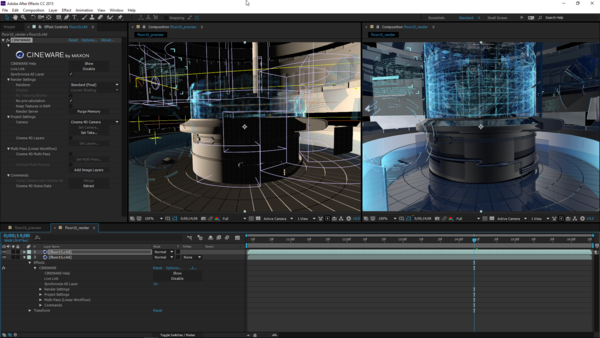 After Effects users who do not own a commercial license of Cinema 4D but are interested in exploring 3D content creation as a part of their workflow still have access to Cinema 4D Lite, a light yet feature-rich version of the Cinema 4D toolset that launches directly from within After Effects CC.

This enhanced integration between After Effects and Cinema 4D is available immediately to Adobe Creative Cloud members.