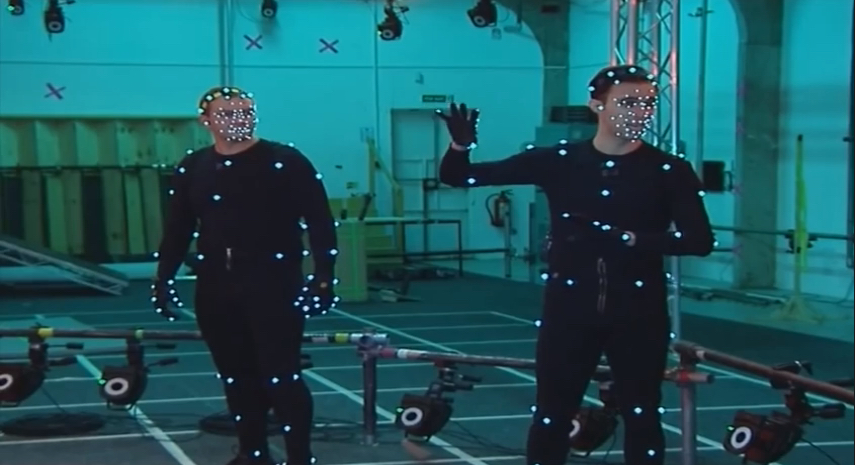 Dawn of the Mocap Actor

For Oliver Hollis-Leick, Founder of MoCap Vaults, it’s only a matter of time before Hollywood recognizes the specific talents of acting, directing and producing motion capture.

Given the rise in the use of motion capture in much of today’s feature film, television and videogame productions, if you’re a professional actor, director, producer working today you need to learn the unique challenges behind working with this very specific technology.

Fortunately there’s the Los Angeles-based The Mocap Vaults, an educational resource that offers both online tutorials and live workshops in Los Angeles, Canada, London, and other European cities, where participants learn the subtle art of tailoring their performances or production shoots to a mocap setting in a very hands-on immediate way.

iPiSoft caught up with Oliver Hollis-Leick, the Founder of The MoCap Vaults, 13-year mocap acting veteran that has worked on over 80 videogame and movie titles, with roles in such films as Iron Man 2, Stardust, Total Recall, Harry Potter and the Order of the Phoenix, Godzilla, Hercules, Fred Clause among many others to discuss the specific creative skills motion capture demands and how tools like iPi Motion Capture is helping to change how motion capture content is created.

To begin with describe The Mocap Vault and its mission?

Hollis-Leick: The MoCap Vaults has two primary objectives at its core: One is to train people in how to excel at working in motion capture. We do this by creating free online content that people can absorb at home, as well as offering training sessions, workshops and events that give a much richer experience with direct tuition, sometimes in a professional setting. Our second objective is to encourage greater use of motion capture in one’s own projects. With tools like iPi Soft’s motion capture software, people have a never before had the available opportunity to create motion capture content on a small budget. We want to see more and more of this independent content. The onset of virtual and augmented reality means that more and more motion capture will be required. It is very exciting to see how indie filmmakers and game developers are making use of mocap technology for use in this new frontier.

Given how actors like Andy Serkis (“Lord of the Rings,” “The Hobbit,” “Planet of the Apes” reboot), has received awards for his motion capture performances, why is it more important now that the next generation of actors get specialized motion capture actor training? What are the differences?

Hollis-Leick: People tend to stick to what they know. For a long time, theatre was the one and only medium. Radio, film and television have since come along and dramatically changed the shape of the performance world. Rather than begrudge the new frontier, why not embrace it for all it can offer? There is a wonderful opportunity to grasp this new bull by the horns and dive in. It is a character actor’s dream come true. Motion Capture offers actors the chance to go beyond size, shape, gender, age and to transform entirely into a character that may be miles apart from your own. It is probably the purest form of acting you can get, because it’s based entirely on imagination. It’s like going back to the days of childhood, when you just said, “Today I’m going to be this creature or this character and I’m in this place. Today I’m on a starship,” or, “Today I’m in the jungle,” and you can just create that there and then. Studios around the world are hiring hundreds of performers every year, every actor should have a solid understanding of how it works.

So what do traditionally trained actors get wrong when it comes to mocap acting? What is most challenging for them to learn?

Hollis-Leick: Every medium has its own rules. Motion capture is no different. Traditionally trained actors tend to come off quite wooden in motion capture because they are so used to focusing the fullness of their experience into their face alone. Theatre actors tend to do a little better because they are more used to working with the full body and having to project their physical state to the back of an auditorium. I think people often underestimate the ability of motion capture to detect falseness. Any hesitation, tension or discomfort is immediately read by the technology and will look out of place. The hardest thing about motion capture is the rawness of it. On a movie set, you’ve got costume, props, and other actors around you, you know exactly where the camera is and you know what kind of size of shot it is and you can just perform. In motion capture, you have a bare warehouse-like set with no props, no costumes, sometimes you have no other actors in the room and you don’t necessarily even know where the camera is.

Hollis-Leick: With tools like iPi Soft’s markerless motion capture technology, pretty much anyone can now get access to the tools to do mocap at home. Just as the DSLR video revolution changed film making forever, iPi Soft’s tools are giving people the power to do mocap on a budget. The only limitation is imagination. I think that makes for exciting times. You don’t have to hire out an expensive studio. You can try something, watch it back, try again and eventually hone the performance. It’s incredibly useful in the classes I teach.

Hollis-Leick: If you are an actor that is interesting in working in motion capture you have to take it seriously. There is plenty of material on the Internet, including on The Mocap Vaults’ website. Take classes. Get hold of software like iPi Motion Capture and practice. If you want to be good at something then you have to work at it. Don’t assume that your current skill set will apply to a different medium.

Do you think there should be an Academy Award for mocap in your opinion? Where do you see the industry heading for motion capture actors?

Hollis-Leick: I’m not sure that Academy Awards are particularly helpful to anyone. They certainly increase an actor’s paycheck once they’ve been awarded. Yes, it’s true that motion capture performances are often highly edited in post by teams of incredibly skilled animators, not to mention the modeling, texturing and so on that goes into it. It’s also true that in movies a director or an editor that can make or break an actor can shape a performance. Can we really say that any one person is responsible for anything? I’m not sure. I’m not sure it really matters.

iPi Motion Capture is a markerless motion capture software tool to track human body motions to easily produce 3D animation. The scalable system is capable of tracking of up to 3 actors and is compatible with first and second-generation Kinect sensors working at the same time on one or several computers to capture complex motions, including 360-degrees turns. It also supports other inexpensive off-the-shelf equipment such as Sony PS3 Eye cameras.

Moscow-based developer, iPi Soft, LLC, develops powerful markerless motion capture software technology that uses sophisticated image processing and computer vision algorithms to recognize and track the human body. The company’s software is used by creative professionals and prosumers around the world to digitize the movement of a human skeleton, rendering it expressive in 3D characters for video games, computer generated films, as well as for medical, military and other applications. For additional information, on iPi Soft, product pricing, product configurations or a 30-day free trial please visit, http://www.ipisoft.com.