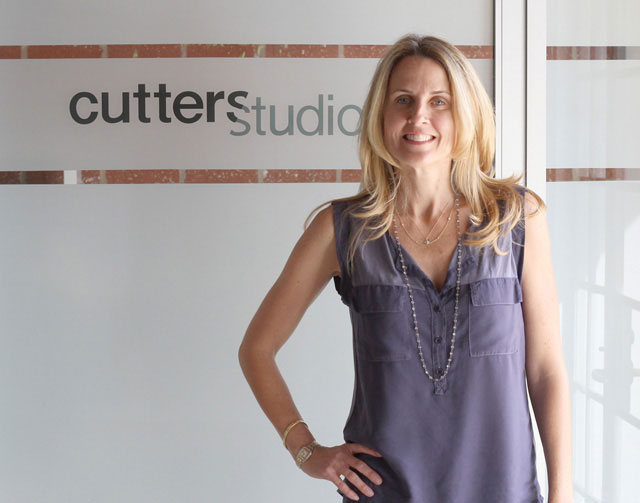 LOS ANGELES – The leaders from global editorial company Cutters are very proud to announce the addition of Megan Dahlman to their staff as executive producer. The appointment is effective immediately.

“From the moment Craig Duncan and I met Megan, we knew she was the right person to lead our efforts in Los Angeles,” said Cutters Studios president and CEO Tim McGuire. “She has a dynamic personality and a terrific reputation in both the production and post-production worlds. In fact, everyone we have spoken with has told us how much they love her.”

For the past 12 years, Megan has been VP and executive producer for bicoastal Union Editorial, which she helped launch in 2003 with her fellow Harley’s House alumni Michael Raimondi, Einar, Jay Freidkin and Nico Alba.

At Union, and through her previous stints as a key producer for Jigsaw Editorial, Post Logic Studios, Crew Cuts and other major post-production shops, Megan has earned a stellar reputation as a leader, manager and A-list producer with deep respect for creatives and spectacular work. Since graduating from the University of Denver, she has been a force, delivering on-air promos and commercials across all media forms with an incredibly diverse list of collaborators. Well established as a go-to editorial and VFX producer, Megan’s leadership is reflected in dozens of high-profile advertising campaigns representing many of the creative industry’s brightest talents from all around the world.

“I was attracted to Cutters because the company overall has an incredible reputation,” Megan began. “Tim and Craig are pros who really understand the business… and the editors in LA not only have incredible talent but are truly great people. It was very important for me to join a place that has a sense of family, and that seems to be a priority at Cutters.”

Cutters editors who make their homes in LA include Chris Hafner, Barnett Kiel, Jacob Kuehl and Adam Parker, each of whom is available for projects anywhere.

About Cutters and Cutters Studios

Established in Chicago in 1980, Cutters has cemented its reputation as a premier provider of extraordinary editing and post-production artistry, and today the company is among the world’s largest independent editorial companies. Based on its solid reputation for world-class editorial talents, family values and truly great leadership, over time, Cutters has opened successful studios in Detroit, Los Angeles, Tokyo and New York City. With its partner companies Another Country, Dictionary Films, Flavor and Picnic Media, Cutters Studios represents unlimited full-service creative capabilities. For more information please visit http://www.cuttersstudios.com.