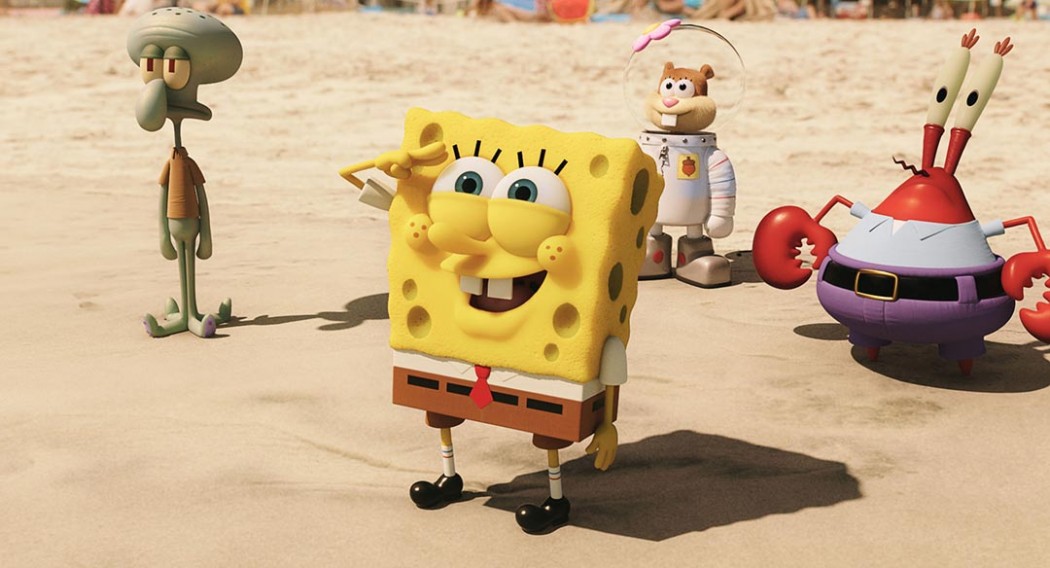 Australian animation and visual effects studio Iloura brought SpongeBob SquarePants and his merry band of friends to CG life for his second feature film, The SpongeBob Movie: Sponge Out Of Water. Completing 550 shots for the 3D/2D/live-action hybrid, Iloura was appointed the important task of building and animating the SpongeBob entourage for its big screen debut as CG characters.

Iloura’s VFX Supervisor Glenn Melenhorst and Executive Producer Ineke Majoor employed more than 100 artists and worked closely with Paramount Animation, Nickelodeon, Director Paul Tibbett and SpongeBob creator Stephen Hillenburg to ensure that the transition of the SpongeBob team of characters from 2D to 3D was as smooth and authentic as possible. With more than 15 years living on-screen as 2D characters and with a huge fan base of adults and children, it was essential to all on the production team that the 3D versions of the much-loved companions retained their aesthetic.

“We knew we had a huge responsibility with this film, as the audience is seeing the SpongeBob cast for the very first time as 3D characters and that transition was extremely important to Paul and Stephen,” Melenhorst said. “We spent a lot of time in the design phase and R&D drawing on the essence of the 2D characters, but also focused a lot of attention on the rigging and modelling before going in to animation. Every step of the pipeline was important to ensure that we didn’t move away from what the audience know and love about SpongeBob and his friends.”

Iloura’s work extended to the super hero versions of the characters, which provided a fun and unique way to play with the cast and the story.

“A lot of the authenticity of the SpongeBob characters was reliant on how they appeared in their environments,” Melenhorst added. “We knew that if they didn’t interact naturally in the outside world we would lose the trust of the audience, so we invested a lot into the environments and concentrated on detail such as lighting and the interaction with sand particles on the beach for instance.”

“Iloura was able to seamlessly design and animate the new 3D characters to match the nuances of the beloved 2D SpongeBob and friends,” said Iloura co-Producer/VFX producer Lori J. Nelson. “In addition, we threw seagulls, snakes, spiders, a skeleton and a few other CG assets their way, which they produced to a level that any VFX facility would be proud of.”

“The creativity and quality of Iloura’s work exceeded our expectations,” said Craig Sost, Executive Producer, Paramount Animation. “They eagerly and willingly handled any challenge we threw at them.”

The SpongeBob Movie: Sponge Out of Water released in U.S. cinemas on February 6, 2015 and took the top spot on its opening weekend, grossing $56 million for its debut. The film releases in Australian cinemas April 2, 2015.