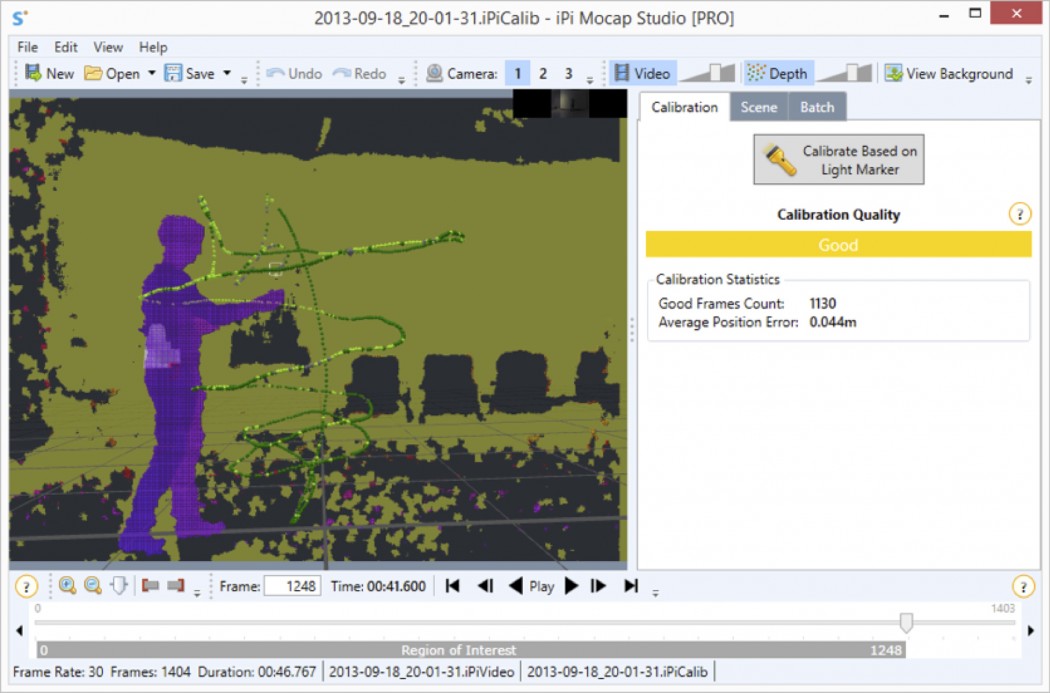 Additionally, iPi Soft has unveiled a new subscription payment model with options for a year subscription for frequent software users or a three-month plan for those that only need the software on a limited per-project basis.

“The latest enhancements in iPi Motion Capture Version 3.0 coupled with support for Microsoft’s Kinect 2 sensor delivers an elevated experience to creative professionals and enthusiasts, and introduction of the new subscription pricing model makes our solution even more affordable,” Michael Nikonov, iPi Soft’s Founder/Chief Technology Architect, says. “The faster algorithms, simplified calibration and improved limbs tracking will give our customers — amateurs, pros and everyone in between — powerful performance tools to express their creativity.”

Additionally, there are several features related to the Kinect 2 sensor that iPi Soft plans to offer users in the near future. These include distributed recording (which will allow recording multiple Kinect 2 sensors using several PCs); up to 12-camera support; substantially increased tracking speed; selected limb cleanup; and three actor tracking.

The new version of iPi Motion Capture comes on the heels of growing industry acceptance among some of the industry’s leading entertainment production companies and videogame developers, including Rodeo FX, The Graphics Film Company and Ghost Town Media.

Brandon Parvini, Creative Director at LA-based post-production studio Ghost Town Media, notes that iPi Motion Capture is extremely intuitive and takes just a half an hour to setup and calibrate. With 3.0, he looks forward to reduced setup time and improved tracking.

“Our experience with iPi Soft has been great,” Parvini says. “The software has become an important part of our new pipeline and we’re currently using it extensively on a new high-profile feature film project. iPi Motion Capture is part of a small crop of ‘new-school’ platforms that are helping to move the industry forward.”

About iPi Soft:
Launched in 2008 by CEO and Chief Technology Architect Michael Nikonov, iPi Soft, LLC is the Moscow-based developer of iPi Motion Capture™, a markerless motion capture software tool that uses sophisticated image processing and computer vision algorithms to recognize and track the human body. The company’s breakthrough technology digitizes the movement of a human skeleton, rendering it in expressive 3D characters for video games or computer generated films. For additional information, on iPi Soft, product pricing or a 30-day free trial please visit, http://www.ipisoft.com.
All trademarks contained herein are the property of their respective owners.