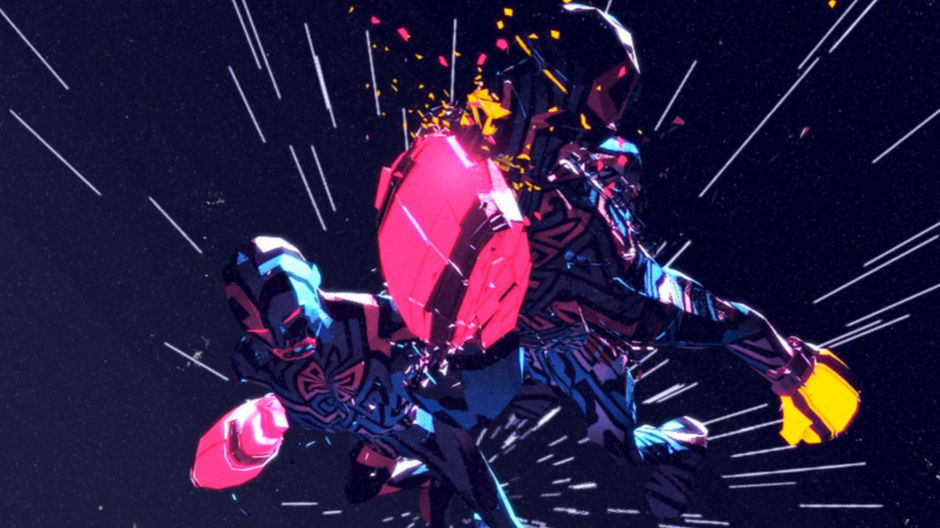 “MAXON designed the WinC4D competition as a way to inspire artists to explore Cinema 4D Lite which is now included in After Effects CC,” said Paul Babb, MAXON US president/CEO. “We congratulate Jason Mansford on his creative and entertaining animation.”

Mansford, a motion designer and art director used C4D Lite for stills and style frame work and admits that his video submission to the WinC4D contest marked the first time he had created a finished animation using 3D software. Drawing from his design and storytelling background, Mansford wanted his idea to be a true fusion of 3D and 2D animation focused on a few key areas that he wanted to learn about – lighting, texturing and explosion — and drew inspiration for the prize-fighting concept from the iconic Cornelis Cornelisz van Haarlem painting, “The Fall of the Titans”.

“I like to avoid the obvious ideas and try to melt some eyeballs. So for the brief Ultimate Prize Fight piece, fluorescent killer sculptures frozen in time seemed like a goer,” comments Mansford. “Using Cineware allowed me to learn a few key processes and do a solid mix of 2D/3D techniques. It’s pretty satisfying as a C4D ‘noob” to throw around passes and get live 3D updates all within AE.”

EJ Hassenfratz, a WinC4D judging panel member and multi-Emmy winning freelance 3D/motion graphic artist and founder of Eyedesyn, was impressed with the excellent quality of the WinC4D contest entries. “Titan Smash definitely stood out among the submissions,” says Hassenfratz. “It’s ‘crazy’ that Mansford created such high-quality work with no prior knowledge of how to animate using the software whatsoever. That speaks volumes about his talent and how Cinema 4D makes 3D accessible to those who want to learn it.”