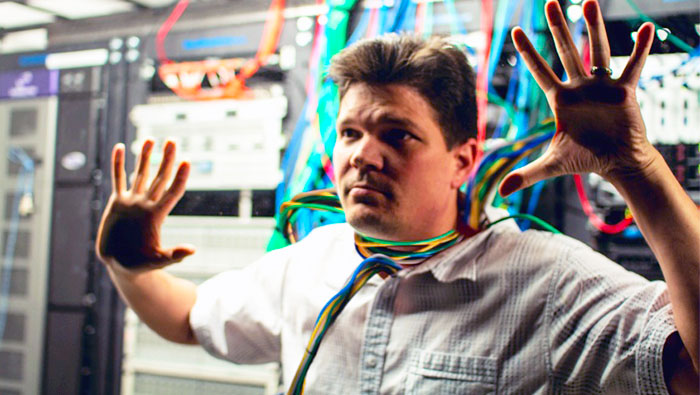 Imaginary Forces (IF) is expanding its reach within the videogame industry by naming Derek C. Smith as the studio’s new Director of Business Development, Gaming. With over 15 years of experience working in interactive entertainment, Smith has extensive expertise within every facet of the videogame production process, from testing and publishing to development.

An important new addition to IF’s team, Smith produced a number of top videogame titles, overseeing a diverse array of artists, during his recent five and 1/2 year tenure with Sony Computer Entertainment America as Associate Producer. Smith first met IF’s team when collaborating on main, end and flashback sequences for the wildly popular PlayStation 3 games God of War III and God of War: Ascension. Greatly impressed by Imaginary Forces’ stylized, cinematic work, he fostered a rewarding working relationship with the IF team while at Sony.

In his new position, Smith’s main goal will be to connect Imaginary Forces with the best and most creative companies within the gaming industry. The studio’s goal is to collaborate with like-minded people and create exceptional videogame content that delivers each client’s vision. “I want as many people as possible within the interactive gaming industry to know the name ‘Imaginary Forces,’” says Smith. “They need to know that they can come to us for AAA, high-quality work.”

Smith is representing Imaginary Forces now at the 2014 E3 Expo, where he is reaching out to key industry people, introducing them to the award-winning creative services Imaginary Forces provides to its diverse array of clients.

As IF expands its creative capabilities within the videogame arena, the studio, under Smith’s guidance, will focus more attention on bringing in new opportunities and forming new relationships. Imaginary Forces expects that its extended new work within the videogame sphere will become another key service area that makes the studio a major creative force within the entertainment industry.