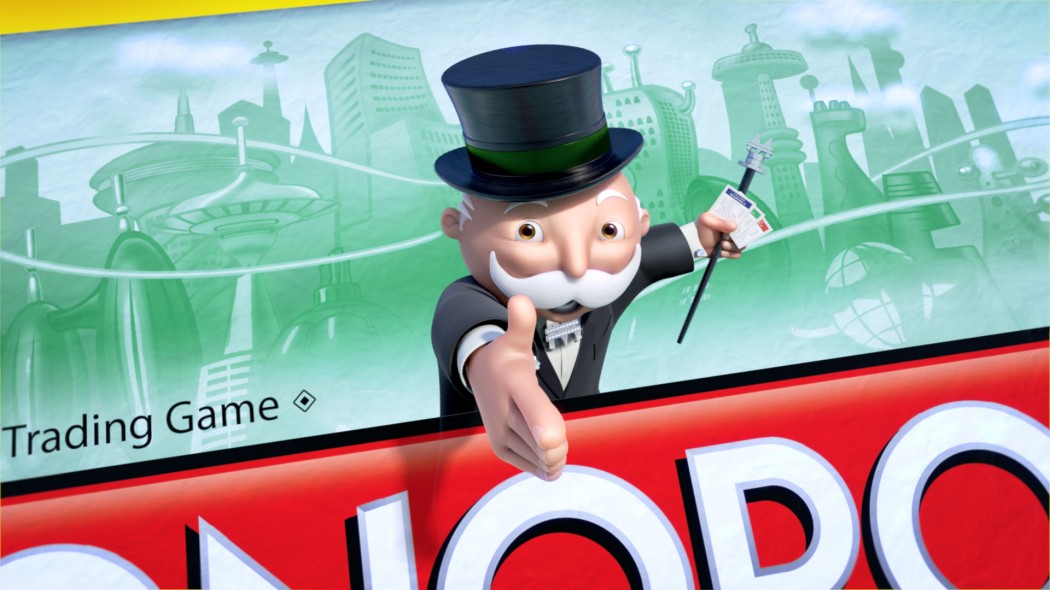 “We have worked with UPROAR for several years on dozens of ads and the creative team on this project was amazing,” Tomlins says. “They had a strong vision for the Monopoly town, and based on our past work there was a level of trust that we could bring that vision to life. We were definitely up to the challenge.”

Tomlins explained that the agency came to Clockwork with one key directive: create a Monopoly Town as a fantastical place with real world properties. Taking inspiration from the game’s board, pieces and cards for the design of buildings like the Ice Cream Parlor and the Pet Store, Clockwork pushed the proportions to give it a dynamic, eye-catching look.

“It was a fluid process for us to create the over-the-top architecture with realistic lighting and texturing,” Tomlins adds. “The actual game provided a wealth of reference material and the agency encouraged us to use as many Monopoly icons as we wanted. Our goal was inject as much personality into the spot as possible.”

A version of the classic board game designed for children ages 5 and up, the Monopoly Junior spot entitled “World Where You Can Buy Anything,” opens with a shot of an animated Mr. Monopoly inviting viewers on a tour of the world of Monopoly town. First stop is the ice cream parlor where an animated terrier game piece hungrily licks a giant ice cream sundae. Next stop is the pet store where a stampede of animals nearly knocks him over. After collecting his $200 for passing ‘go,’ (and nearly run over by a speeding car game piece in the process), he hitches a ride on a helicopter that flies him across the city to the Boardwalk — imagined as an elaborate amusement park and beach resort. The spot ends with group shot Mr. Monopoly and the cast of game pieces together inviting everyone to play.

“The concept of having Monopoly Town literally within the game’s board presented several challenges,” Tomlins says. “We had to structure the town and the layout of each shot to emphasize the concept that players were traveling inside the game world. With only six weeks to go from design to final delivery, building a 3D city with complex foreground and background details was extremely labor-intensive. Thanks to Clockwork’s specialized workflow, which includes tapping into animation talent around the world, as well as our own proprietary asset and reference libraries, we were able to exceed UPROAR’s expectations again.”