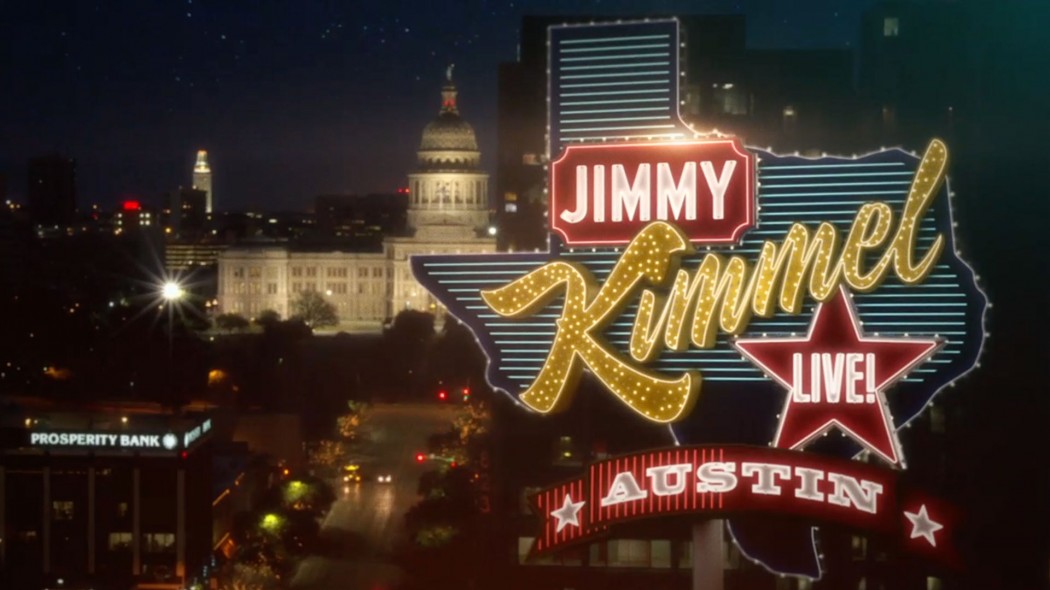 The creative team at Picture Mill collaborated with ‘Jimmy Kimmel Live!’ directors Andy Fisher and Tony Romero to create a special show open for the show’s week in Austin, TX to coincide with SXSW.

Creative Director William Lebeda and lifestyle director David Midgen and their production team took to the streets of Austin to capture the city’s unique flavor and some of it’s iconic landmarks – the Bat Bridge, Stevie Ray Vaughan statue, the Capitol Building and Sixth Street.

The live action footage was enhanced with texture, animation, and typographic treatments during post production back in LA. The ambitious project had a rapid fire turn around and the deliverables also included additional material to be used with bumpers and interstitials as thematic tie-ins to the Jimmy Kimmel Live’s brand image.

This is the second show open Picture Mill has created for ‘Jimmy Kimmel Live!’.