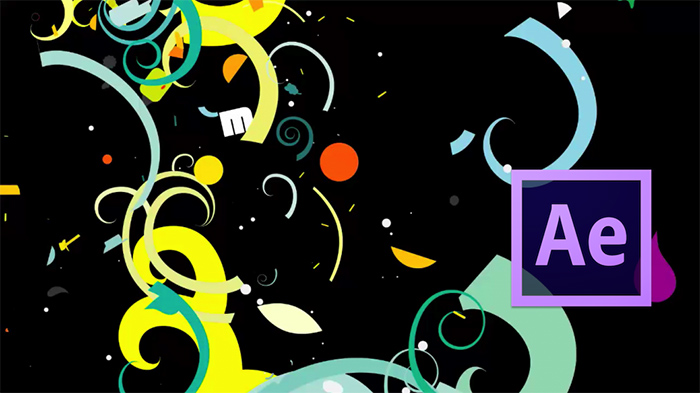 While I didn’t know you from birth, you came into my life when you were a couple of years old – just before your new family at Adobe adopted you.

Not unlike a toddler in their terrible two’s my first experience with you was a bit overwhelming. Let me explain. My background was graphic design. You were my first move into the world of motion graphics. And for that, I am forever grateful. But I must admit, it took a bit of time for me to get to know you.

Sure. Many of my colleagues said, ‘don’t worry! The kiddo is just like Photoshop’. And that was partially true. I loved that fact that you had many tools that I was familiar with from the graphic design realm…but you had so much more. And that frightened me.

I gave you time. And conversely, you were patient with me. Now look at you! Over the years, you have grown and changed so much! You have so much to offer. If I were one of the ‘3 Dave’s’…I would be one proud daddy!

But for me, you played a different role in my life. You shaped and molded my career in motion graphics. Over the years, you and I became best friends. You helped bring so much more to my client projects. Things that would wow them. Things that would make them say, ‘how did you do that?!’. Things that made me shine. And there you stood silently, looking at me like a proud parent saying, ‘look at how much you have grown!’.

And then, seven years ago, you took me in a whole different direction. One that I would have never foreseen. My passion for the creative work that was being done in motion graphics, animation, and vfx – much of which you were behind – inspired me to give birth to motion an annual event that celebrates creatives and creativity in the motion picture and broadcast industries.

Your role changed. Sure – you and I still get to create some amazing motion graphics – and I love that. But what you did next, was something priceless. You brought people into my life. Amazingly talented creatives and artists using After Effects. In 2007, you introduced me to Chris and Trish Meyer, who spoke at our very first motion conference. The loved ABQ so much they decided to move here – and since, we have become good friends. For that, I am ever grateful to you After Effects.

And that was just the start. Each year, because of you I’ve been able to meet some of the most talented – and humble – creatives in the industry including Mark Coleran, Brian Bowman from NiceShoes, Karin Fong at Imaginary Forces, Michael Waldron at TV Land, Andrew Orloff at Zoic Studios, Angie Taylor, William Lebeda at Picture Mill, Lauren Indovina at psyop, Patrick Hanenberger at Dreamworks Animation…and so many more. Not to mention hundreds and hundreds of people who’ve come to motion over the years and have become your extended family.

To thank you for all you’ve done, in 2010 I came up with the annual Made with After Effects Awards. For the past three years, creatives from around the globe come together to say, ‘look at what I’ve made with After Effects!’ Next week, we’re throwing a Birthday bash just for you! You’ll share center stage with Chris and Trish Meyer, Dave Simons and Steve Forde from Adobe – and the top-10 finalists in our live streamed show. We will be celebrating your 20th Birthday and the fantastic work you’ve inspired artists to create!

Happy Birthday After Effects! I’m looking forward to the next 20 years!