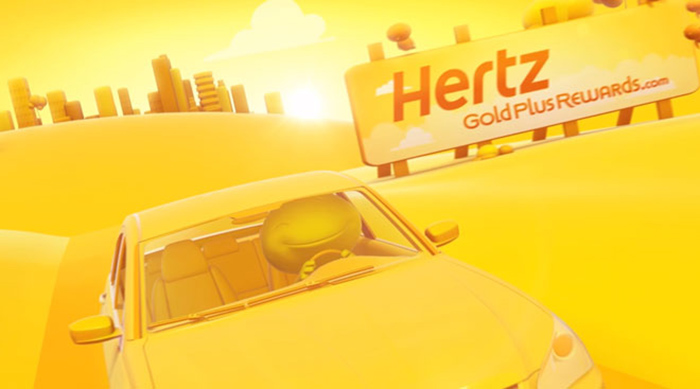 Superfad previously worked with DDB New York on a previous Hertz spot that introduced Horatio in a cameo: This time the agency decided to give him a starring role in “Gold Is Better” a spot also marks Hertz’s first fully animated commercial in twenty years. To expand on the character of Horatio, Superfad went through extensive development to capture both his swagger and his charm.

A charm that is further added to by the voiceover talent of the inimitable Owen Wilson. Superfad Creative Directors Kinda Akash and Brian Drucker created a friendly, clean look to the Hertz world that is bursting with life, while the 3D team devised a style based on simple geometric shapes. The result is a vibe that’s pure sunshine.

Watch the video on motion.tv.