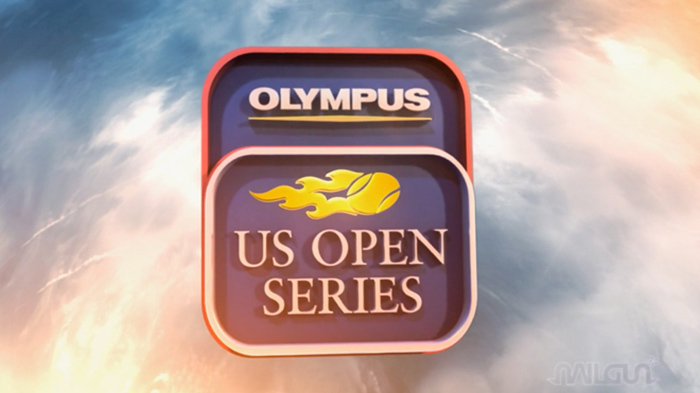 nailgun* Serves Up Dynamic Package for US Tennis Series

Tennis is in full swing, and thanks to design/production studio nailgun* so is a new animated USTA show open/show package that can be seen on numerous networks like ESPN, CBS, ABC and the Tennis Channel during US Open Series events. The :15 piece has already aired during more than 10 tournaments this summer.

nailgun*, known for their deft touch with sports related show opens and packages, had previously worked with ESPN branding their coverage of all four grand slam  tennis tournaments however, according to nailgun* Creative Director Michael Waldron, this assignment was different.

”The packages we did for ESPN were specific to the ESPN brand,” Waldron says. ”This package had to have its own look, but yet feel right for the many networks that it aired on. The USTA had a package that had been on the air for quite some time, but they wanted to start fresh, which they left it up to us for the most part. The only specific was that there had to be the flaming ball logo, no people so that it could be used for both ATP events and WTA events, and use the familiar blue green hard courts.”

Set to a driving hard rock soundtrack, the new US Open Series show open begins on a shot of the deconstructed USTA logo, as a fiery tennis ball passes through the elements, seeming to come to a rest as the logo appears to coalesce, before hurtling towards the North American territories where the tournaments take place.  The ball personifies the sheer power and prowess one expects to find in the US Series as it takes us through various states of power play before resolving inside the USTA logo.

”The tracking shot of fiery tennis ball was the most intensive in the sequence,” Waldron notes. ”We wanted to convey the speed and power of the modern tennis game. We wanted to be very cinematic in our approach so we made sure that there was a sense of scale. We also played with the speed of the action. Having slow motion sequences with fire is not easy. Fire is not very fluid so it looks choppy when you slow it down, but we came up with a great solution.”

That solution involved the creative use Adobe AfterEffects, Photoshop and Illustrator, as well as 3D animation software Maya.

”Creating hair in Maya is very processor intensive so we ended up making two animated tennis balls – a close-up ball and a distance ball so that way the close up ball was super detailed while the distance ball was much lighter for rendering,” added Erik van der Wilden, nailgun* Director of Editorial + Animation. ”Just the sheer scale of the project was challenging, but so was making the look work, not just for the USTA, but for their broadcasting partners as well. It was very tricky but they all loved the new package and we’re proud to be a part of it.”

Watch the show open on motion.tv.